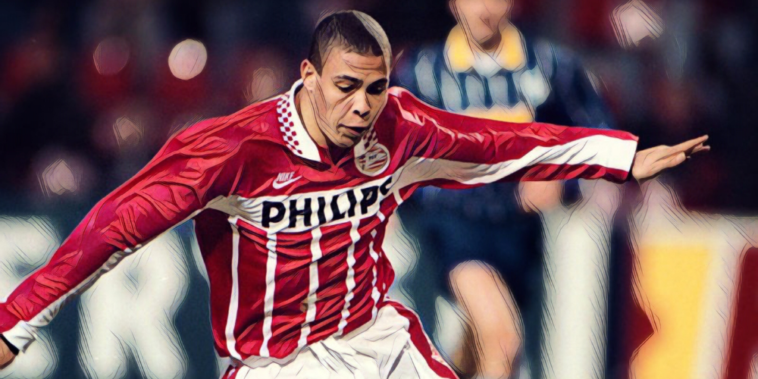 For those who witnessed Ronaldo Nazario’s initial emergence in European football, it remains one of the most exhilarating rises of the modern era.

Ronaldo burst onto the scene as a teenager in his native Brazil and was travelled to the victorious 1994 World Cup whilst still a teenager, before making the move to Europe that summer after scoring a staggering 44 goals in just 47 appearances for Cruzeiro.

On the advice of international teammate and mentor Romario, Ronaldo signed for PSV Eindhoven, where it soon became apparent the brilliant Brazilian was a class apart from Eredivisie defences.

Ronaldo averaged almost a goal-per-game during his debut season to win the division’s leading scorer accolade, netting 35 times from just 36 appearances across all competitions.

His phenomenal goalscoring frequency continued the following season, before Barcelona prised him from PSV in a world-record deal in 1996.

He departed having scored a barely believable 54 goals in 57 appearances for the Dutch side, cementing his status as one of the greatest players to have played in the Eredivisie.