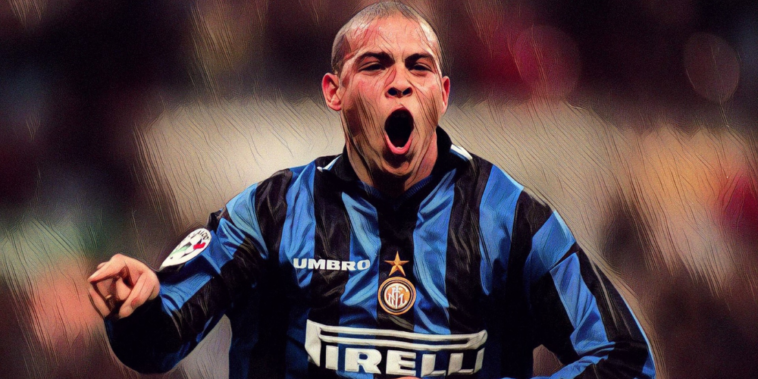 Just uttering the name Ronaldo Nazario is likely to send chills down the spine of any Serie A defender from the late nineties, the forward the world’s most exciting talent at the peak of his powers at Inter Milan.

Ronaldo exploded as a global superstar during prolific spells with PSV Eindhoven and Barcelona, spending one stunning season with the latter that delivered 47 goals in 49 appearances and three trophies with the Catalan club.

He became the youngest ever winner of both the FIFA World Player of the Year award and Ballon d’Or, twice breaking the world transfer-record before his 21st birthday.

The second of those moves saw Ronaldo head to Inter Milan, the game’s most captivating player heading to Serie A at a time when Italian football was home to the world’s very best.

Even against the best defenders on the planet were daunted by the prospect of facing O Fenômeno, a player who combined scintillating speed with bullish strength and mesmerising footwork.

Ronaldo, the unadulterated pre-injury version that tormented teams in exhilarating fashion, may just have been the best centre-forward the game has ever seen.

Here are some of Ronaldo’s best goals for Inter Milan.