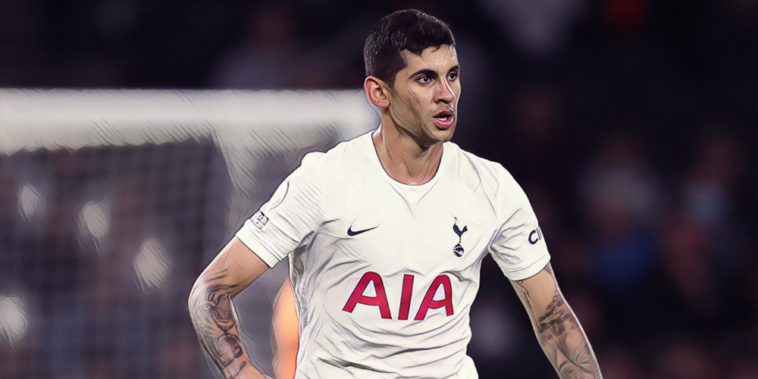 Cristian Romero has been included in the Argentina squad for the upcoming internationals, despite being banned for the nation’s fixtures with Venezuela and Ecuador.

Argentina have included the Tottenham centre-back in their squad despite his suspension for both games, in the hope that Romero’s ban will be reduced to one-game upon appeal.

The Athletic are reporting that Romero has flown out to join up with the La Albiceleste following an impressive performance in Spurs’ 3-1 win over West Ham at the weekend, despite not being named in Lionel Scaloni’s initial squad.

The Argentine Football Association are hopeful an appeal against Romero’s ban can see the defender available for the fixture with Ecuador on March 30, but he faces a wasted trip to South America should their appeal fail.

Spurs will be concerned at the situation given the disruption international breaks have had on Romero’s debut season in the Premier League, with the defender having missed almost three months of action after sustaining a hamstring injury during November’s internationals.

In September, he was also forced to miss two Premier League fixtures after having to quarantine in Croatia before returning to Spurs. He was one of a group of players who caused a game with Brazil to be abandoned over issues with the customs declaration forms for several of Argentina’s Premier League players.

Romero has made 22 appearances in all competitions for Spurs this season after arriving on an initial loan deal from Atalanta last summer.