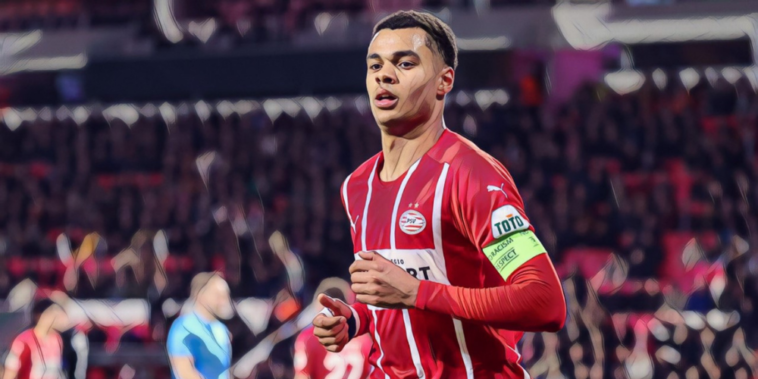 Liverpool and Arsenal are among a host of leading European clubs monitoring the progress of PSV Eindhoven winger Cody Gakpo.

Gakpo is attracting interest from across the continent after an impressive individual season for PSV, with the 22-year-old having scored 16 goals and provided 14 assists across all competitions for the Dutch side.

Gakpo signed a new deal with PSV in January despite being linked with an exit, though the extension is believed to have been signed on the basis that suitable offers would be considered for his services.

PSV are understood to value the winger at around £35m, with The Athletic reporting that Bayern Munich and Barcelona joining the likes of Liverpool and Arsenal in holding ‘serious conversations’ about signing the Dutchman this summer.

Gakpo made his international debut for the Netherlands in 2021 and has scored once in four caps, though he will miss the upcoming friendlies against Denmark and Germany through injury.

He has featured primarily from the left in an inverted role for PSV this season, but has also been utilised in a central position and on the opposite flank for Roger Schmidt’s side.