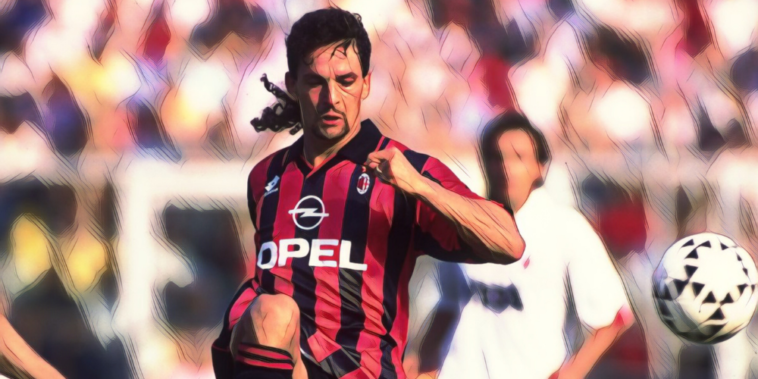 Roberto Baggio overcame a career that was almost over before it started to secure his status as a legend of the game, a footballing fantasist who became Serie A’s home-grown star during its decade of dominance.

Amid the glitz and glamour of world football’s finest heading to Italy in the 90s, Baggio shone as bright as any other name during spells at club such as Fiorentina, Juventus and both Milan clubs.

Arguably his greatest moments came with the two former clubs, but after being squeezed out of Juventus following the emergence of Alessandro Del Piero, he moved to Milan despite protests from the Bianconeri support.

His spell at the San Siro was less productive than his previous exploits, though his magic helped the Rossoneri to the Scudetto in 1995/96 as he scored 19 goals in 67 appearances across two injury-impacted seasons.

One of the greats of Italian football, here are Roberto Baggio’s best AC Milan goals.