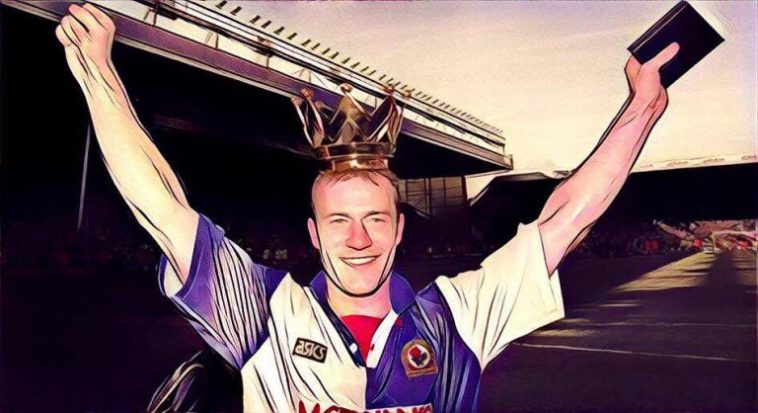 We’re continuing our nostalgic trip down memory lane and delving deep into the Premier League archives, rewinding back to the mid-nineties for a season which saw financially backed Blackburn Rovers upset the established elite to claim a first league title in 81 years.

The breakaway divisions first decade was littered with goalscoring greats and this seasons finest forwards makes for great reading, here are the six top scorers from the 1994/95 Premier League season:

Winner of the Golden Boot the previous season after firing a record 34 league goals for Newcastle, Cole began the new campaign in similarly fine fashion to earn a British transfer-record move to Old Trafford.

Nine goals in his first 18 appearances of the new Premier League season persuaded Sir Alex Ferguson to shell out a record fee for the forward, parting with £6m and £1m-rated winger Keith Gillespie to boost his side’s firepower and title chances.

His shock departure from St James’ Park saw challengers Newcastle fall out of contention and eventually finish sixth, though Cole settled quickly at United and scored 12 goals in just 18 appearances – including becoming the first player in Premier League history to score five goals in a single match against Ipswich.

However, the season for United and Cole is perhaps best remembered for their final day failings, the club-record signing missing a pair of clear-cut chances as Ferguson’s side stumbled to a draw at West Ham, handing Blackburn the title.

Klinsmann arrived in the Premier League ahead of the 1994/95 season at Tottenham, boasting a reputation as one of Europe’s finest finishers but also as a renowned cheat.

The German’s notorious diving incidents – particularly a theatrical incident which saw Argentina’s Pedro Monzón sent off in the 1990 World Cup final – saw the forward arrive with a tarnished reputation amongst English football’s media and following.

A single, stunning season in north London saw Klinsmann complete an incredible turnaround in popularity, however, beginning with a brilliant self-deprecating dive celebration after netting on his Spurs debut against Sheffield Wednesday.

Klinsmann continued to fire throughout the season and became a hugely popular figure with the Tottenham supporters, scoring 21 goals in the Premier League and 30 in all competitions to be named as the FWA Footballer of the Year.

He departed at the end of the season for Bayern Munich, only to endear himself further as a fans’ favourite with a brilliant return to Spurs on loan three seasons later.

Nottingham Forest bounced back from relegation from the Premier League with an immediate promotion the following the season, the club fired by the goals of prolific forward Stan Collymore.

Frank Clark’s side – and Collymore – wasted little time in reacquainting themselves with the top level, enjoying a brilliant campaign that saw the club begin with an 11-game unbeaten run and eventually finish third.

The club’s third-placed finish secured qualification for the UEFA Cup and remains the joint-best ever finish by a newly-promoted side, Collymore starring throughout with 22 Premier League goals to his name.

The success failed to last, however, Collymore leaving the club in a Premier League record move to Liverpool at the end of the season, Forest failing to adequately replace the forward and suffering relegation once more just two seasons later.

Ferdinand was firmly established amongst the finest forwards in the English game during the first seasons of the Premier League, hitting 60 goals over the first three seasons of the division for QPR including a haul of 24 during the 1994/95 campaign.

The England international’s prolific form saw him finish as the third-highest scorer in the Premier League, helping QPR to an eighth-placed finish in what proved to be his final season at Loftus Road.

Ferdinand departed the club after eight seasons at the end of the campaign, joining Newcastle in a £6m deal and enjoying a prolific two-year spell on Tyneside.

Fowler’s first full season at Liverpool proved a memorable one after making his breakthrough during the second half of the previous campaign, finishing as the second-highest scorer in the Premier League.

The teenage star’s season began in brilliant fashion with six goals in his first three league appearances, including setting a new Premier League record for the fastest ever hat-trick, scoring three times in just four minutes and 33 seconds against Arsenal in August – a landmark that took 21 years to be bettered.

The fresh-faced 19-year-old continued to score goals at a prolific rate, netting 25 league goals for a Liverpool side who eventually finished fourth – though Fowler won the first silverware of his career with League Cup success against Bolton at Wembley.

Fowler finished the season with 31 goals in all competitions for Roy Evans’ side, his fine season crowned by being named as the PFA Young Player of the Year.

Having narrowly finished as the runner-up for the Golden Boot the previous season, Alan Shearer claimed the honour for the very first time following a prolific season in which the forward fired Blackburn to the title.

Shearer had scored prolifically since making the move to Ewood Park but enjoyed the finest season of his career to date during the 1994/95 campaign, scoring 37 goals in all competitions including 34 in the Premier League.

Shearer’s haul included hat-tricks against QPR, West Ham and Ipswich, his 34-goal season matching the all-time record set by Newcastle’s Andy Cole just a season earlier. The figure remains the highest ever scored in a single Premier League campaign – though this was the final season as a 22-team competition.

Read Aso – Eight of the best football adverts ever: Beckham, Olé and the Secret Tournament