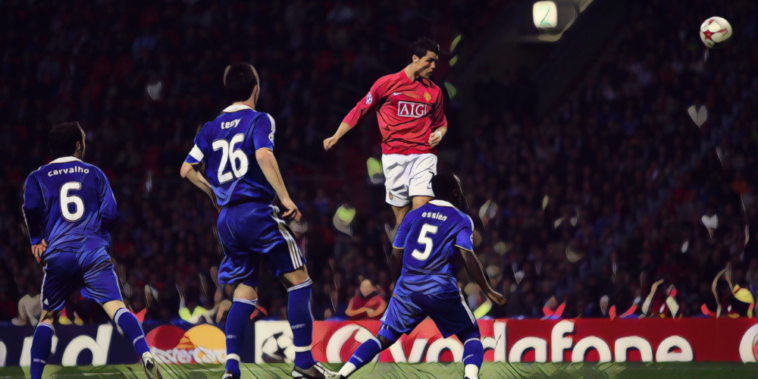 Manchester City will face Chelsea in the final of the Champions League on Saturday, as two of the Premier League’s biggest clubs go head-to-head for the chance to be crowned champions of Europe.

Pep Guardiola’s side are chasing a maiden European crown which would seal a historic treble of trophies this season, having reached the final of the Champions League for the very first time this season.

Standing in the club’s way is a familiar foe in the form of Chelsea, who are seeking a second Champions League title and will head into the clash in confident mood having beaten City in both league and cup in recent months.

This weekend’s showpiece will be the third all-English final and the eighth time the final has been contested by teams from the same country in the Champions League era.

Ahead of the clash, we remember every Champions League final contested by teams from the same nation.

Real Madrid faced Valencia in the first ever same nation Champions League final in 2000, with the former extending their record as the competition’s most successful club with an emphatic win in Paris.

Both sides had fallen adrift of Deportivo La Coruna in the race for the Spanish title, but progressed to the final in fine fashion with Real Madrid eliminating both of the previous year’s finalists in Manchester United and Bayern Munich, whilst Valencia eliminated compatriots Barcelona in the last four.

It was Real who dominated the final at the Stade de France however, Fernando Morientes opening the scoring six minutes before half-time after heading home Michel Salgado’s cross.

Steve McManaman – who became the first English player to win the trophy with a foreign club – scored a spectacular second with a scissor-kick, before Raul’s goal on the counter-attack sealed Real their second Champions League success in three seasons.

Valencia reached a second successive final the following season, though suffered heartbreak once again after being beaten by Bayern Munich on penalties.

Italian pragmatism dominated the 2002/03 final as AC Milan met Juventus at Old Trafford, the two sides unable to be separated over the course of two goalless hours of football.

There were chances for both sides as Andriy Shevchenko saw a goal controversially disallowed, whilst both sides hit the woodwork through Antonio Conte and Andrea Pirlo respectively.

Juventus had been crowned as Serie A champions but, missing the influential Pavel Nedved through suspension, failed to find a way past familiar opposition, the lottery of the penalty shoot-out ultimately favouring Milan.

Penalties were missed by both sides in the resulting shoot-out, but Dida’s heroics – saving three penalties after straying rather forward from his goal-line – provided the platform for Shevchenko to roll home the winner and win Milan’s sixth European title.

Manchester United met Chelsea in the first all-Premier League Champions League final in 2008, the Red Devils seeking a historic double after edging the west Londoners to the league title.

Cristiano Ronaldo’s 42nd goal of the season was cancelled out by Frank Lampard on the stroke of half-time, before Didier Drogba was sent off in extra-time following an altercation with Nemanja Vidic.

Penalties decided the outcome with Ronaldo missing to hand Chelsea the advantage in the shoot-out, only for John Terry to famously squander the chance to win the Champions League after slipping on contact as he took the crucial fifth, his effort crashing off the post.

Edwin van der Sar’s save from Nicolas Anelka sealed European glory for Sir Alex Ferguson’s side in sudden death, the Red Devils celebrating being crowned champions of Europe for a third time.

Germany emerged as the new superpower of European football during the 2012/13 season, as Bayern Munich and Borussia Dortmund dismantled Spanish opposition in the semi-finals to set up an all-Bundesliga final at Wembley.

It was a final in which both sides created opportunities to win the game, with Bayern opening the scoring through Mario Mandzukic’s close-range effort, before Ilkay Gundogan levelled proceedings from the penalty spot for Dortmund.

As the clock ticked towards the full-time whistle and extra-time, Arjen Robben broke Dortmund hearts after bursting into the box to roll home an 89th-minute winner and spark euphoria amongst the Bayern contingent behind the goal.

It was redemption for Robben after his penalty miss cost Bayern dearly in the previous season’s final against Chelsea, and completed a historic treble-winning season for the Bavarians under outgoing manager, Jupp Heynckes.

For the second season in succession the Champions League final was contested between two teams from the same nation, with the 2013/14 edition remarkably involving two clubs from the same city.

Atletico were into their second European Cup final and first for 40 years, though would face a Real Madrid side who were seeking to realise their ambition of lifting La Decima, a record-extending 10th Champions League crown.

Diego Godin’s goal – following a mistake from Iker Casillas – looked to have handed Atletico the trophy, only for Sergio Ramos to dramatically equalise in stoppage-time and force an additional 30 minutes.

Real powered through the added period against their shell-shocked opponents, as goals from Gareth Bale, Marcelo and Cristiano Ronaldo sealed the Spaniard’s first European Cup in 12 years.

Two years later and Madrid rivalries were resumed in the showpiece once again, as Real Madrid took on Atletico at Milan’s San Siro stadium.

The clash followed the pattern set in the previous final encounter between the teams with little to separate the Spanish rivals, though it was Real who took the lead as Sergio Ramos again proved the man for the big occasion once again to open the scoring after 15 minutes.

Atletico were handed a route back into the final after being awarded a penalty just 51 seconds into the second half, though Antoine Griezmann crashed his effort off the crossbar.

Diego Simeone’s side continued to push forward in search of an equaliser and it came with just 11 minutes remaining, Yannick Carassco slamming home Juanfran’s cross to level the scores.

With neither side able to find a winner in extra-time, penalties decided the Champions League final for a seventh time and it was Real who emerged as champions again, Cristiano Ronaldo emphatically dispatching the winning kick after Juanfran had struck the post for Atletico.

Perhaps the most anti-climatic final of all time given the incredible drama that surrounded the semi-finals, Liverpool and Tottenham contested the 2019 final after completing improbable last-four comebacks.

Liverpool headed into the clash as favourites after reaching a second successive showpiece, against opposition who had never previously gone beyond the quarter-finals in the Champions League era.

Mohamed Salah scored the second-fastest goal in final history after netting a second-minute penalty, Moussa Sissoko harshly punished for a handball within the opening seconds.

Spurs had chances and greater possession but failed to find a way past the Liverpool defence, before substitute Divock Origi fired home to seal the Reds’ sixth European crown and the first trophy of the Jurgen Klopp era at Anfield.