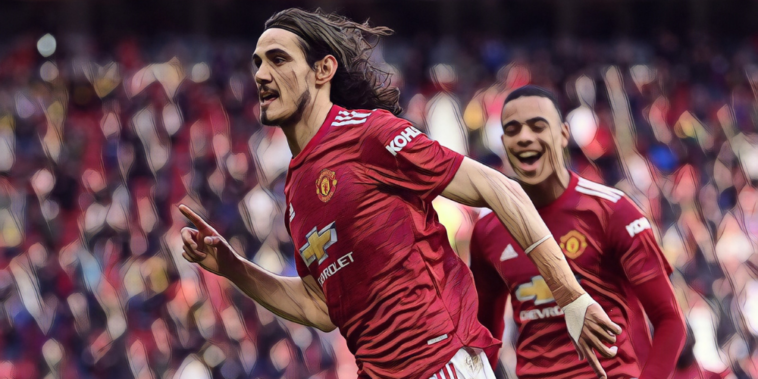 The 2020/21 Premier League season will reach its conclusion this weekend, a campaign which has seen Manchester City reign once again as England’s finest side.

Pep Guardiola’s team have won a third league title in four seasons this season, whilst it has also proven a fruitful campaign for the likes of Leicester and West Ham who have upset the odds to challenge the Premier League’s best.

Premier League clubs once again led Europe for money spent during last summer’s transfer window, with further additions following in the winter, and there was no shortage of candidates as we attempted to whittle down the best signings of the season.

Some notable names have been left off our list, as we rank the best five signings of the 2020/21 campaign.

Callum Wilson endured a difficult campaign last season as Bournemouth were relegated from the Premier League, faltering following a bright start as the Cherries slipped into the Championship.

Bournemouth’s relegation saw Newcastle capitalise to sign Wilson in a £20m deal, a significant sum for the Magpies whose ownership has often been frugal with their investment in recent seasons.

Wilson has enjoyed an outstanding first season at St James’ Park and there’s a strong possibility that Newcastle would not have survived without his output, the 29-year-old having been directly involved in 38% of the Magpies’ goals despite injury restricting him to just 23 league starts.

Wilson’s return to form has included 12 goals, five assists and Newcastle’s Player of the Season award, his performances having gone somewhat under the radar given some superb displays from English forwards in the division this season.

Newcastle’s long-suffering fans have for so long had a side they are unable to identify with, but in Wilson and the likes of Allan Saint-Maximin there is a foundation on which to build with the right investment.

SB on Callum Wilson's Player of the Year award:

"He's got a dozen goals in 26 appearances which proves how valuable he is. He's a really good player and we've seen his importance to the team. Let's hope he can stay well. At the moment we look a very decent team going forward." pic.twitter.com/B0zO5ry8Yt

More acquisitions of a similar style and ilk could have the Magpies looking upwards after a season spent nervously looking over their shoulders.

West Ham’s recruitment team also deserve a mention with Czech duo Tomas Soucek and Vladimir Coufal having been excellent signings, as has the loan move for Jesse Lingard in January.

Cavani’s free transfer signing was viewed as a gamble with the forward approaching the latter stages of a superb career, whilst his late arrival led to accusations that the Uruguay international was little more than a transfer market plan B.

Cavani has since shown that class is permanent and has enjoyed an excellent season, scoring 16 goals in all competitions and proving an invaluable option to Ole Gunnar Solskjaer’s side.

More than his goals however, Cavani’s attitude, application and brilliant movement as an attacking spearhead have provided the Red Devils with a dimension they have been missing, a proven winner whose contract extension has been welcomed by the Old Trafford support.

How the club’s hierarchy must wish the 34-year-old was 10 years younger.

Leeds returned to the Premier League this season after a 16-year absence and have enjoyed a superb season under Marcelo Bielsa, securing a top-half finish and becoming neutral’s favourites for their fearless approach.

Leeds’ success has come largely from the same collection of players that won promotion, even given a significant outlay that included the arrivals of Spain internationals Rodrigo and Diego Llorente.

Arriving as a relative unknown however, was Rennes winger Raphinha who has wasted little time in introducing himself to a Premier League audience with a brilliant campaign at Elland Road.

Bizarrely, Rennes allowed Raphinha to leave the club for less than they had paid for the winger just a year earlier, a market mistake which Leeds have capitalised on in some style.

And he has six goals to go alongside the assists in his debut season. 👏 pic.twitter.com/P8Vy4IVRrW

The 24-year-old has provided 14 goal involvements (6G/8A) in just 25 league starts for Leeds, with his fleet of foot repeatedly leaving opposition defenders for dead and reportedly attracting transfer interest from both Manchester United and Liverpool.

Raphinha ranks amongst the division’s leaders for expected assists per 90 and shot-creating actions per 90 during the 2020/21 season, and Leeds will hope to keep the exciting winger out of the clutches of the Premier League’s elite this summer.

The likes of Matty Cash and Ollie Watkins have been fine investments for Villa this season, though Emiliano Martinez perhaps stands out as the best of their 2020/21 business.

The Argentina international won the FA Cup with Arsenal last season, though the return to fitness of Bernd Leno saw the goalkeeper depart in a £20m deal in search of regular first-team football.

Martinez has proven a brilliant addition to the Villa side and has enjoyed superb maiden campaign, his 15 clean sheets equalling Brad Friedel’s club-record for a Premier League campaign set during the 2009/10 season.

Emiliano Martinez has kept 1️⃣5️⃣ clean sheets in the #PL this season – the joint-most by an @AVFCOfficial goalkeeper in a single season in the competition#AVLEVE pic.twitter.com/HT62NKJ4nZ

Martinez ranks third in the standings for the Premier League’s Golden Glove, an incredible achievement given his business this season with only three goalkeepers having made more saves, his save percentage of 76.6% the second-best in the division in 2020/21.

Manchester City reclaimed the Premier League title this season, with Pep Guardiola’s side the best team in the division by a distance.

City have invested heavily in defenders in recent seasons without addressing their vulnerability, but Dias has proven the perfect long-term replacement for former captain Vincent Kompany with the Portugal international bringing both leadership and aura to the backline.

City’s title charge was propelled by a 15-game winning run between December and March, a period that saw the newly-crowned champions conceded just four goals with Dias and a resurgent John Stones forming an impregnable partnership.

◉ The first defender since Steve Nicol in 1989

◉ The third winner in their first season in England

The 24-year-old is a superb defender in his own right, though his ability to make those around him better has marked him out as arguably the Player of the Season.

Dias was named as FWA Footballer of the Year earlier this week, becoming just the third player in history to win the accolade in their first season in England.

Read – Best of 2020: Picking our Premier League Team of the Year