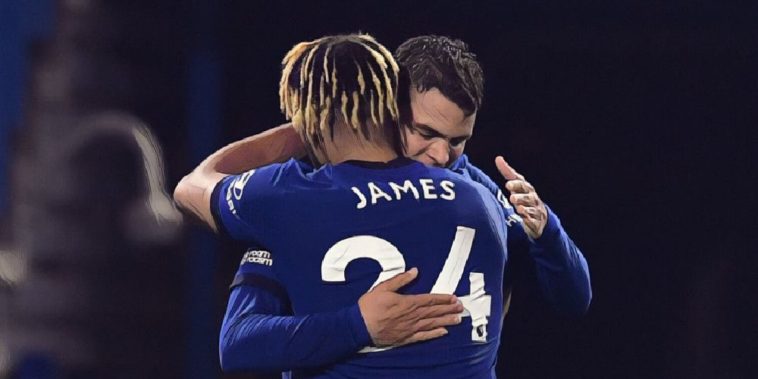 Reece James has admitted that he is already forming a connection with two of Chelsea’s summer acquisitions, Thiago Silva and Hakim Ziyech.

James has established himself as a regular in the Chelsea side this season and has started six of the club’s opening eight Premier League fixtures, impressing with his all-action displays at right-back.

The 20-year-old’s progress saw him included in the England squad for the first time last month and he will now be handed another opportunity to stake his claim for a starting berth, as the Three Lions prepare to face Ireland, Belgium and Iceland during the international break.

James has now discussed his development and has credited two of Chelsea’s latest arrivals with helping to improve his game, praising centre-back Thiago Silva for the veteran’s communication and direction since his signing from Paris Saint-Germain.

“Thiago has brought a lot of experience,” he told The Athletic. “I have played alongside him a few times now. He has helped me a lot.

“You can see straight away why he has been one of the best in the world. He constantly talks to me throughout games, helping me in my positioning, directing me and making sure he is talking to me before, during and after games. It all adds up and improves performances.”

James was also full of praise for Hakim Ziyech following the winger’s strong start at Chelsea, the two having quickly formed an encouraging understanding down the Blues’ right-hand side.

The England international has hailed Ziyech’s left foot as ‘unbelievably good’ and admits there has been an instant ‘connection’ between the pair since the Moroccan’s arrival at Stamford Bridge.

“Further forward, there have been signs with Hakim in training. Ever since he arrived, we got on well. I knew I would be playing behind him.

“We clicked early and tried to build this connection in training to use this season. His left foot is just unbelievably good.”