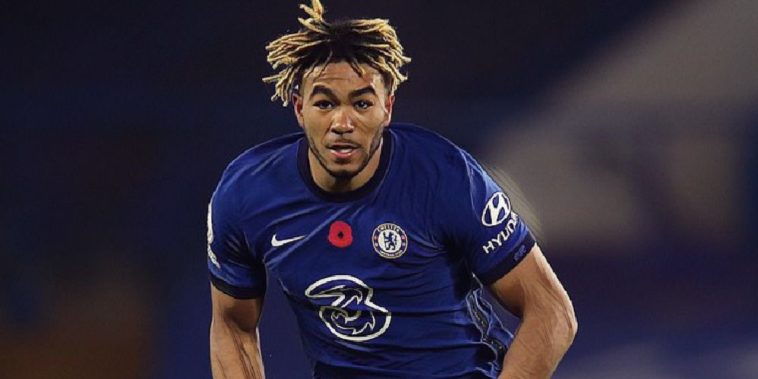 Reece James has revealed how he wanted to emulate Chelsea ‘hero’ Didier Drogba before making the transition from striker to full-back, via central midfield.

James came through the youth system at Chelsea before breaking into the first-team under Frank Lampard last season, with the full-back having been in excellent form for the west London outfit over the opening weeks of the campaign.

The 20-year-old’s performances have seen him introduced into the England squad where he joins a wealth of interesting options at right-back, though the youngster has revealed how he idolised former favourite Drogba during his formative years playing as a forward in the academy.

“My hero was Didier Drogba,” he told The Athletic. “I played up front and he was the man at Chelsea, so I wanted to be like him and completely idolised him.

“Then I went into central midfield until I was around 14 or 15. I had a good spell there and got used to it.

“But it then got to a stage I wasn’t really playing and there were loads of midfielders in the team and the right-back position was free at the time. That’s how I found myself there.”

James is one of several academy graduates to have been handed an opportunity at Chelsea since the arrival of Lampard, joining the likes of Tammy Abraham, Mason Mount and Callum Hudson-Odoi in stepping up and becoming a first-team regular at Stamford Bridge.

It has not always been that way for the Blues, however, with the club having previously been criticised for their lack of faith in young talent and James admits there was a ‘stage’ where he thought he may not make it as a professional given the wealth of quality in central midfield in the club’s youth setup.

“There was a stage I thought that [I might not make it], yes,” he admitted. “When I first moved to right-back, I didn’t really want to play there and did not enjoy it. But the more I played there, the more I understood it. It was Frank O’Brien, the Chelsea academy coach, who moved me there.

“You can show a young kid clips (of what to do), but it is so hard to replicate. You need game experience in the position. Over the past five to 10 years, the full-back position has progressed a lot.

“My toughest opponent has been Sadio Mane. He is one of the best wingers in the league, if not the world. He is strong, quick, good on the ball and one of the toughest to play against, and then you also have Andy Robertson on the outside. It used to be about defending but now it is about not only being very good at defending but offering a big attacking threat.”