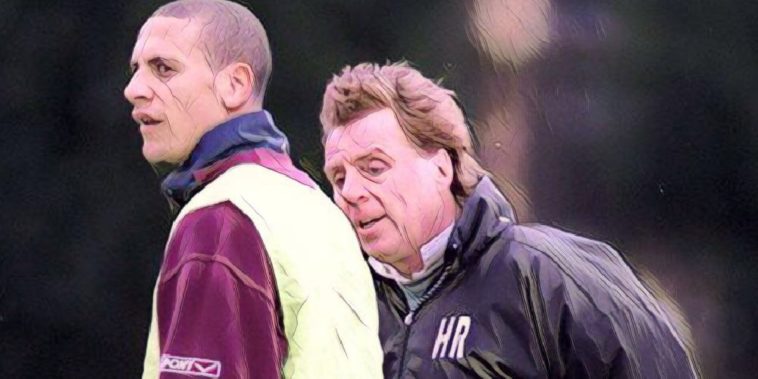 Manchester United’s fabled class of ’92 are seemingly the benchmark for youth development in English football, but Harry Redknapp reckons he could have won the Premier League title if only he could have kept West Ham’s academy products at the club.

While United were able to keep their academy products together, down at West Ham it was a completely different story, with all of their best talent being cherry-picked by the Premier League‘s biggest clubs at the time.

However, former West Ham boss Harry Redknapp reckons that if he could have kept the likes of Rio Ferdinand, Frank Lampard, Joe Cole and Michael Carrick at the club, the Hammers could have won the Premier League title.

“People always talk about Manchester United producing the ‘Class of 92’ but they weren’t any better than the six boys we produced at West Ham,” he told The Athletic.

“If you put those two groups of six against each other, there would be nothing in it.

“Then you have Glen Johnson who won Premier League titles and Jermain Defoe who had a terrific career.

“That was the difference. Manchester United kept their youngsters and that’s what enabled them to become a great team.

“If I kept those six players together I’m certain I would’ve won the Premier League.”