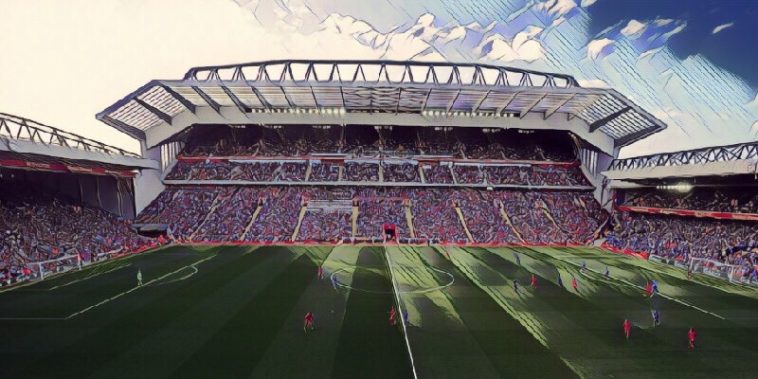 Liverpool have announced that they have an ‘ambitious new plan’ to develop the Anfield Road end of their stadium, a move which is likely to see the famous old stadium’s capacity rise beyond 60,000.

The future of Anfield has been a subject of much debate over the last 20 years ago, with both Liverpool and city rivals Everton having looked at a number of options regarding their home stadia.

While Everton are making preparations to leave their Goodison Park home, Liverpool have opted to redevelop Anfield, with their Main Stand being recently extended in 2016 to take the capacity to 54,074.

The plan to extend that main stand included planning permission to extend the Anfield Road end of the ground by a further 4,000 seats to take the capacity beyond 58,000, but the European champions have allowed those plans to lapse.

However, that decision has allowed the club to consider what they describe as an ‘ambitious new plan’ for a ‘larger scheme’ to be planned.

“The progress that has been made during ongoing feasibility studies has resulted in us being in a position to allow the outline planning permission to lapse,” club Chief Operating Officer Andy Hughes said in a statement on the club website.

“We are committed to working with local residents, planning officials and others as we now focus on the detail behind any proposed redevelopment for Anfield Road.

“Throughout this process we have been clear that our objective is to find the best possible solution for Anfield Road and that remains the case.”

QUIZ: Can you name the UK’s biggest football stadiums?