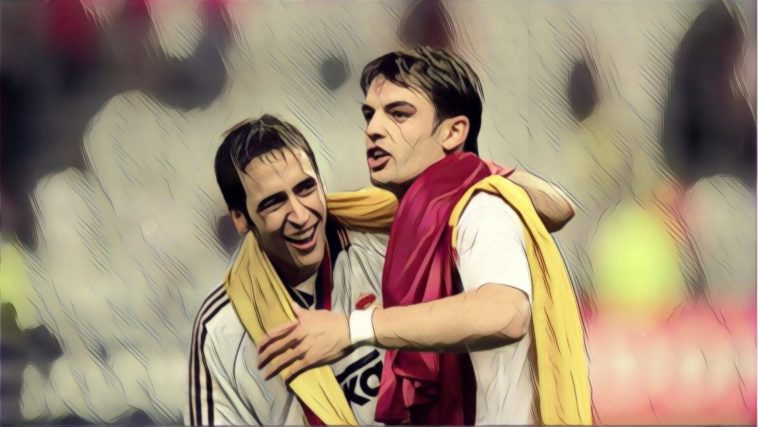 For many clubs the Champions League is the pinnacle, but for Real Madrid it remains an obsession.

The Spanish giants have a special relationship with Europe’s premier competition, with no side in history having been crowned champions of the continent on more occasions than Los Blancos.

The club’s Bernabeu home has played host to some of the game’s most iconic stars, with several having produced their most memorable moments on Champions League nights.

We’ve decided to look back at some of the club’s greatest, with a look at Real Madrid‘s five highest goal scorers in Champions League history:

The Welsh winger may be enduring an unhappy time in the Spanish capital at present, but there can be no denying Bale’s contribution to Real’s unprecedented success in the Champions League in recent seasons.

Having arrived in a world-record deal in 2013, Bale would help the La Liga side to win the elusive La Decima title in 2014, scoring in the final victory over city rivals Atletico.

The former Tottenham Hotspur man would then play his part in a hat-trick of consecutive titles between 2016 and 2018, the latter of which he came off the bench to score twice against Liverpool – the first of which was arguably one of the greatest goals in the competition’s history.

A four-time winner, Bale has scored 16 Champions League goals in 53 appearances since moving to the Bernabeu, a figure also matched by two midfield talents of the club’s first Galactico era – Luis Figo and Guti.

Part of the Real Madrid side who won three Champions League trophies between 1998 and 2002, Morientes enjoyed a hugely successful eight-year spell at the club after joining from Real Zaragoza before being squeezed out as the Galactico era began at the Bernabeu.

A goalscorer in the competition’s first ever final between two teams from the same country in 2000, Morientes scored 17 Champions League goals for the club before departing on loan to Monaco, where he famously finished as the tournament’s top scorer and scored in both legs of their victory over parent club Real Madrid.

The Spaniard joined Liverpool the next season, but he was cup-tied for their miraculous Champions League final triumph over AC Milan in Istanbul.

An arguably underrated presence in a Real Madrid side that has dominated the Champions League in recent seasons, Karim Benzema has won the competition four times since moving to the Bernabeu from Lyon in 2009.

Having helped Carlo Ancelotti’s side to La Decima in 2014, Benzema would be part of the side that would become the first of the Champions League era to retain the trophy by winning three consecutive editions between 2016 and 2018.

A goalscorer in fortuitous circumstances in the latter final victory against Liverpool, Benzema has often scored goals at crucial moments in big European fixtures and has an impressive one in two record, scoring 48 Champions League goals in just 96 appearances for the club.

Fourth-highest scorer in #UCL history 👏
200+ goals for Real Madrid in all comps 💪 pic.twitter.com/ZVaRDTmEgo

Five of the best players never to win the Champions League

An iconic figure at the Bernabeu, the former Spain striker would come through the ranks at the club before establishing himself as one of their greatest ever goalscorers, whilst he would also become the Champions League’s most prolific forward until the arrival of the Lionel Messi/Cristiano Ronaldo era.

Raul would help the Spanish giants to three Champions League titles with five years between 1998 and 2002, scoring in deciders against Valencia and Bayer Leverkusen respectively.

⚪️ Raúl González made his Real Madrid debut #OTD in 1994…

Named as UEFA Club Forward of the Year for three successive seasons at the turn of the millennium, the former club captain is regarded as one of the best players in Real Madrid’s long and illustrious history and scored 66 goals in the famous white shirt.

The greatest goalscorer in the history of both Real Madrid and the Champions League, the Portuguese superstar has often turned Europe’s elite tournament into his own personal playground during a glittering career at some of the continent’s leading clubs.

Having moved to the Bernabeu in a world-record move from Manchester United in 2009, Ronaldo would hit a staggering 105 Champions League goals in just 101 appearances during nine seasons in the Spanish capital, helping the club to lift the trophy on four occasions and extend their record to 13 European Cups.

He would become the first player to win the trophy five times in the Champions League era, whilst also becoming the first player ever to score in three separate finals. His incredible list of records include the most goals in a single Champions League campaign (17), becoming the only player to score in 10 consecutive games and the most assists in the tournament’s history.