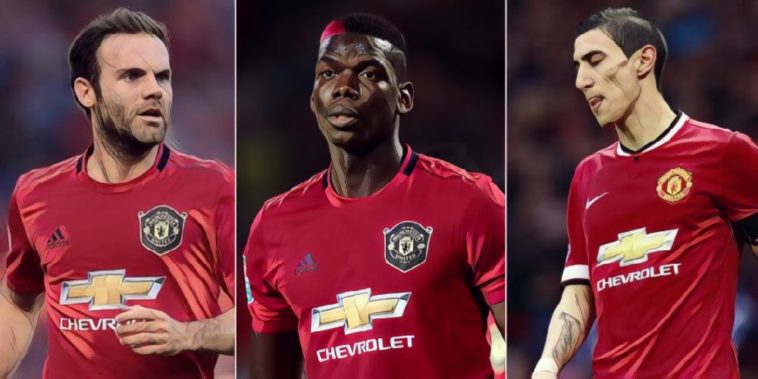 There comes a certain amount of pressure when becoming a club’s record signing, not least when that club is arguably the biggest in world football.

Manchester United have been no strangers to splashing expensive sums on top talent throughout their history, breaking the Premier League transfer record on seven occasions – that’s over three times more than any of their divisional rivals.

We’ve decided to look back at the players to have inherited the pressure of being the Old Trafford side’s biggest buy, here are the impacts of the Manchester United’s last five record signings:

Manchester United capitalised on the financial crisis at rivals Leeds to sign captain Ferdinand in 2002, smashing the British transfer-record for the third time in two summers and making the centre-back the most expensive defender in history.

The England international’s move saw him become world football’s costliest defender for the second time in his career, having previously made a record move to Elland Road from West Ham as he established himself as one of the finest footballers in the Premier League.

Ferdinand had shone in that summer’s World Cup for England and soon became a mainstay at the heart of the United defence. Athletic, strong and comfortable in possession, the defender developed into one of the world’s best and enjoyed a trophy-laden spell at Old Trafford.

In 12 seasons, Ferdinand won six league titles, two League Cups and the Champions League, being named in the PFA Team of the Year on five occasions.

Berbatov was at the centre of a Manchester tug-of-war ahead of deadline day during the 2008 summer window, with billionaire-backed rivals Manchester City challenging United for the services of the in-demand Tottenham star.

The Bulgarian forward had starred during two seasons in north London and arrived at Old Trafford amid much fanfare, where his effortless brilliance made him a favourite during four successful seasons in Manchester.

The seven-time Bulgarian Footballer of the Year won two league titles amongst his honours for Sir Alex Ferguson’s side, including finishing as the Premier League’s leading scorer during the latter of those successes in 2011.

Berbatov scored 48 goals in 108 league appearances for the Red Devils before leaving for Fulham in 2012, three of those goals coming with a tidy hat-trick against Liverpool.

Twice named as Chelsea‘s Player of the Season during an impressive three-year spell in west London, Mata’s surprise exclusion under Jose Mourinho saw United swoop to bring the Spaniard north in yet another a club-record deal.

David Moyes secured the signing of the playmaker in a £37.1m deal, though his career at Old Trafford has been mixed as he has battled to win favour under a succession of managers.

Despite flashes of brilliance, Mata has failed to truly rediscover the form that made him a star at Chelsea, his final full season with the Blues delivering 20 goals and 25 assists in all competitions.

In six seasons at the club Mata has made 249 appearances and scored 49 goals, with silverware coming in the form of FA Cup, League Cup and Europa League winners medals – Mata scoring in the final victory of the former.

The midfielder is a popular figure amongst the club’s supporters but has become an increasingly peripheral figure under the current regime, however, making just eight league starts so far this season as he enters the twilight of his career.

The post-Ferguson era had seen the disastrous appointment of the aforementioned Moyes, and the club decided to spend big in the summer of 2014 in an attempt to restore the side to a status of challengers.

The talented winger began brightly, an audacious chipped goal against Leicester City highlighting his undoubted quality, but his failure to adapt to life in England soon became apparent.

A burglary at his home sparked rumours of discontent, whilst his on-pitch form deteriorated at a rapid rate. By the end of the season Di Maria was desperate to leave, and was sold to French side Paris Saint-German after just a single season at Old Trafford.

Pogba came through the academy ranks at Old Trafford before being allowed to depart on a free transfer, only to return four years later as one of world football’s hottest properties – rejoining the club in a world-record £89m deal from Juventus.

Four seasons in Turin had seen the midfielder flourish into one of the most promising talents in European football, winning four consecutive league titles with the Italian giants.

Pogba’s return was a statement signing in an expensive summer of recruitment from United, who were desperate to return the side to former glories under new manager Jose Mourinho.

His first season saw United claim a League Cup and Europa League double, though the success proved to be a false dawn for a Red Devils’ side who remain in transition.

The Frenchman has shown flashes of his huge talent during his four seasons in the Premier League, though a lack of consistency and constant speculation surrounding his long term future have seen him fail to make the desired impact.

Petit: Fernandes is already doing what Pogba ‘was meant to be doing’ at Man Utd