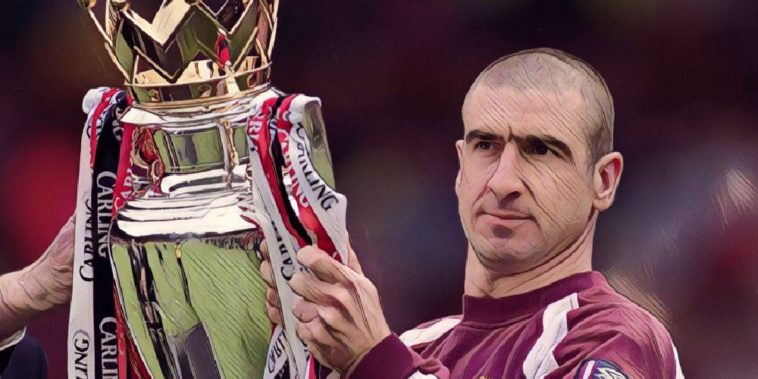 Manchester City’s relentless dominance at the top of the Premier League has seen points records shatter over the past two seasons, the all-conquering Etihad side becoming the first ever to reach a century of points two seasons ago.

Pep Guardiola’s team have dragged up the champion’s point average significantly by recording the two highest points totals in history during that hugely successful period, picking up a whopping 198 over those two campaigns.

It hasn’t always required a near-flawless campaign to be crowned as English football’s elite though, Liverpool already registering more points on than everyone on this list with nine games still to play, as we revisit the lowest winning totals in Premier League history.

The most successful side of the Premier League era is undoubtedly Manchester United, the Red Devils having won 13 league titles during a dominant era under the guidance of Sir Alex Ferguson.

Ferguson would bring up a dozen of league titles during a triumphant campaign in 2010/11, United beginning the season with a 24-game unbeaten run to open up a lead in November that they would not relinquish.

Despite that undefeated start – United lost just four games all season – the club finished on just 80 points, drawing 11 times throughout the season including stalemates with the likes of Sunderland, Birmingham and relegated West Ham.

United’s 80 points was enough to finish nine points clear of both Chelsea and Manchester City, however, Wayne Rooney’s penalty on the penultimate weekend of the season securing a draw at Blackburn and a record-breaking 19th top-flight title.

Ferguson’s United tenure saw arguably his most dominant side at the turn of the millennium, completing a famed treble-winning season in 1999 before going on to make it three consecutive league titles.

The third of those, however, would come with a total of just 80 points – the joint-fourth lowest tally in the history of the Premier League – though their final finishing fails to tell the story of a dominant season.

United would take the lead in the title race from early October and remain top until the season’s end, boasting an 11-point advantage at New Year and all but assuring the title with a memorable 6-1 thrashing of challengers Arsenal in February.

Ferguson’s side wrapped up the title in April, their low points tally partly due to a run of three consecutive defeats to finish the season – each coming after the trophy had already been delivered to Old Trafford for a third season in succession.

The most memorable season in the long and illustrious history of Manchester United came just over two decades ago, the club becoming the first – and so far only – side in English football history to win a Premier League, FA Cup and Champions League treble.

Despite lifting silverware on all fronts, however, United’s title success came after a season that delivered just 79 points, the title race going all the way to the final day of the season.

Arsene Wenger’s Arsenal had completed the domestic double the season before, with United keen to wrestle back the ascendancy amid the threat of the transformed north London side.

An indifferent beginning to the season saw United fourth heading into the new year, but an unbeaten run over the second half of the campaign saw them pip the Gunners to the title by just a single point.

Goals from David Beckham and Andy Cole ensured a final day win over Tottenham to crown the Red Devils champions, whilst the momentum of their title success continued in lifting the FA Cup and Champions League – sealing the most historic campaign of the Premier League era.

Arsene Wenger’s first league title as Arsenal manager came as part of a famed domestic double during his first full season in charge, though it took a huge comeback to crown the Gunners’ champions.

The north London side were sixth heading into the second half of the season but a run of ten consecutive victories from March-May ensured the club finished top in a close-fought battle with defending champions, Manchester United.

Arsenal won 23 and lost six of their 38 games throughout the season to finish on just 79 points, though it was enough to finish a single point clear of United despite losing their final two fixtures.

Wenger’s success was the first of three titles in a seven-year period as Arsenal battled at the top with Ferguson’s all-conquering side, and the birth of the greatest rivalry in the history of the Premier League.

The lowest winning points tally in Premier League history belongs to, yep you guessed it, record winners Manchester United, Ferguson’s side claiming the championship despite registering just 75 points throughout the 1996/97 season.

United won just 21 games throughout their victorious campaign and drew a huge 12, though it was still enough to finish comfortably clear of nearest challengers Newcastle.

Ole Gunnar Solskjaer finished as the club’s highest scorer in what proved to be Eric Cantona’s final season before retirement, United finishing seven points clear of the aforementioned Magpies and winning a fourth league title in five seasons.

The Red Devils’ record low tally is perhaps evidence of a more competitive division throughout – the three lowest tallies all coming between 1997 and 1999.