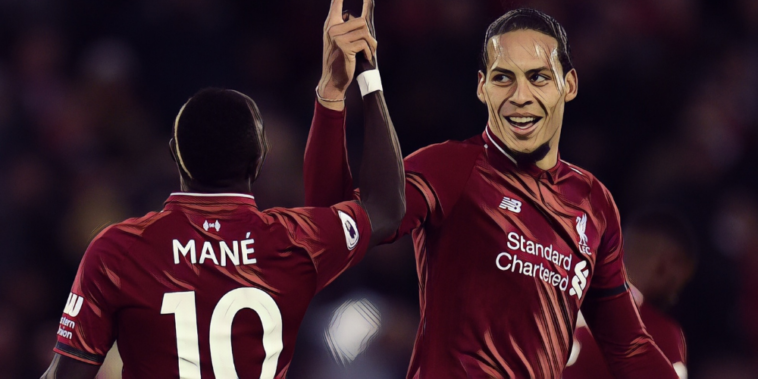 Liverpool host Southampton in the Premier League this weekend, a club the Reds have often looked to when assessing the market for potential new additions at Anfield.

The path from Southampton to Merseyside has been well-trodden over the past decade, with Liverpool having signed a huge six players from the Saints over the past seven years.

Ahead of this weekend’s clash, we’ve decided to look back at Liverpool’s imports from Southampton and rate each of their impacts since making the switch.

Rickie Lambert completed a dream move to boyhood side Liverpool in the summer of 2014, having risen through the lower leagues before returning to the side that released him as a teenager.

It was a romantic return but one that failed to work out for either club or player, Lambert failing to replicate the form that saw him score 28 league goals over two Premier League seasons with Southampton.

The forward arrived as part of a busy summer of recruitment following the £75m sale of Luis Suarez and it’s fair to say the former Stockport and Rochdale player unsurprisingly failed to fill those boots.

Lambert made just seven league starts and scored just two goals during a single season on Merseyside, before signing for West Brom in a £3m deal a year after his arrival.

Few could blame the forward for taking a dream opportunity and signing for Liverpool, but he never again recaptured his Southampton form upon leaving St Mary’s.

Adam Lallana arrived in the same summer as Southampton teammate Lambert, the midfielder signing in a £25m deal after starring during the Saints’ rapid rise from the third tier to Premier League.

Lallana’s final season with Southampton saw him named on the shortlist for the PFA Player of the Year award, but injury problems prevented him reaching those heights for much of his time with Liverpool.

He arrived during Brendan Rodgers’ reign before playing an important part in the early period of the Jurgen Klopp era, the midfielder’s industry and technical ability making him a firm favourite of the German.

The England international enjoyed his best season in 2016/17 as he scored eight league goals, helping the Reds to secure Champions League qualification for just the second time in eight seasons.

The third acquisition from Southampton in the summer of 2014, Dejan Lovren signed for the Reds in a £20m deal as Brendan Rodgers invested following the sale of Suarez.

Lovren’s first two seasons with the club were blighted with mistakes as he became a much-maligned figure, though the Croatia international improved following a shaky start and enjoyed some memorable moments – including a dramatic stoppage-time winner to complete a stunning Europa League comeback against Borussia Dortmund.

He made 185 appearances for Liverpool across all competitions and played his part in the Reds’ rise from top-four hopefuls to champions of Europe, though featured more sporadically in his final two campaigns amid competition from the likes of Virgil van Dijk, Joe Gomez and Joel Matip.

Lovren departed after six seasons at Anfield last summer for Zenit St Peterburg, being named as captain in November and winning the Russian Premier League title during his debut season.

Liverpool raided Southampton for a fourth time in just two summers after signing Nathaniel Clyne in 2015, the right-back arriving in a £12m deal after making more than a century of appearances for the Saints.

Clyne instantly became a regular fixture in the side, making 52 appearances as Liverpool reached the finals of the League Cup and Europa League during his debut season, remaining a regular as the Reds secured a top-four finish in 2016/17.

The full-back suffered the first of several serious injuries the following season and missed much of the campaign with a back problem, later spending time on loan with Bournemouth before the setback of an ACL problem that saw him sidelined for the entirety of Liverpool’s 2019/20 title-winning season.

Clyne made just seven league appearances over his final three seasons as a Liverpool player, his absence coinciding with the emergence of Trent Alexander-Arnold and leading to a free transfer move to former club Crystal Palace last summer.

The first big signing of the Jurgen Klopp era and a major influence on the club’s recent success, eyebrows were initially raised when Liverpool splashed £34m to sign Sadio Mane from Southampton in 2016.

The Senegal international had impressed during two seasons on the South Coast – including scoring the fastest hat-trick in Premier League history – before making the move to Merseyside and enjoying an instant impact.

Mane scored on his debut at Arsenal and netted 13 league goals as Liverpool secured Champions League qualification, being named as the club’s Player of the Season and in the PFA Team of the Year.

The accolades have continued to come for the forward as he has raised his game in the seasons since, forming a brilliant forward line alongside Roberto Firmino and Mohamed Salah as Liverpool have lifted both the Champions League and Premier League.

Winner of the Premier League’s Golden Boot in 2018/19, Mane has been named in the divisional Team of the Year on three occasions and has scored 94 goals in just 213 appearances.

Liverpool obliterated their transfer record to sign Virgil van Dijk following a protracted chase in 2018, making the Dutchman the world’s most expensive defender at £75m.

Jurgen Klopp was adamant the centre-back was the man to transform his side’s fortunes and was proven correct, his impact immediate as Liverpool’s weakness at the back was turned into a position of strength.

Van Dijk proved the catalyst for back-to-back Champions League final appearances, winning the latter in a season that saw him become just the third Premier League defender to win the PFA Player of the Year award.

He starred once again as Liverpool ended a three decade wait for the Premier League title in 2019/20, playing every single minute of the Reds’ victorious campaign and enhancing his status as arguably the world’s best centre-back.

Van Dijk’s absence for much of the current season with an ACL injury has been a major factor in Liverpool’s disappointing title defence.