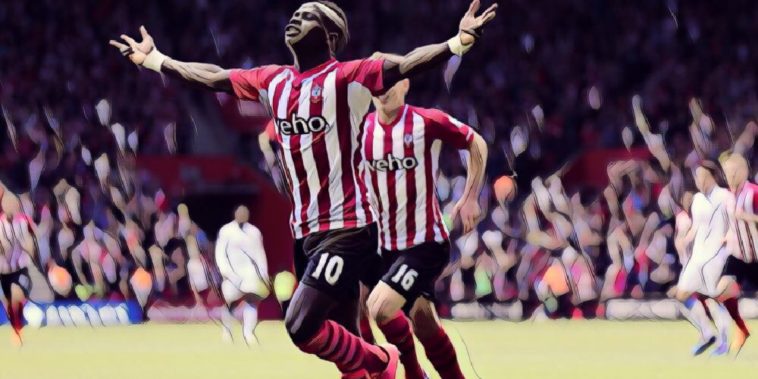 Scoring a Premier League hat-trick across a 90-minute match is a hell of an achievement in itself, and is something that most players can only dream of achieving in their entire careers.

So when Man City attacker Raheem Sterling netted three goals in just 13 minutes and 12 seconds last season, it got us thinking about the five fastest hat-tricks in Premier League history…

13:12 – Raheem Sterling scored his hat-trick in 13 minutes and 12 seconds – the fastest in the Premier League since Romelu Lukaku's for Everton v Sunderland in September 2016 (11:37). Blitz. pic.twitter.com/eR6VcrnOmE

Having netted the joint most hat-tricks in Premier League history, it’s of no great surprise to see the great Sergio Aguero on this list.

It took the Argentine just eight minutes to score thrice against Newcastle back in 2015, before taking just another 12 minutes to take his tally to five for the afternoon, as Man City came from a goal behind to hammer the Magpies 6-1 at the Etihad.

It was the opening day of the 2008/09 season, when Man City –  still under the ownership of Thai businessman, Thaksin Shinawatra – travelled down the M6 to play an Aston Villa side which boasted the likes of Gareth Barry, Ashley Young and James Milner to name but a few.

Norwegian striker John Carew gave the Villains the lead, only for Brazilian forward Elano to level the scores for the Citizens. However, the hat-trick heroics of Birmingham born forward Gabriel Agbonlahor secured all three points for Martin O’Neill’s side, scoring three in what was a sensational seven minutes at Villa Park.

Incredibly, the score at half time was only 1-0, but Defoe’s quickfire treble after the break, highlighted his striker’s instinct of being in the right place at the right time. He went on to net five goals as Spurs put the Latics to the sword in a 9-1 win at White Hart Lane.

Over the course of Premier League history, you would struggle to find a more lethal left foot than that attached to the left-leg of Liverpool’s Robbie Fowler.

Over his two spells at Anfield, Fowler netted 128 goals in his 266 league appearances for Liverpool included a fine four-and-a-half minute hat-trick against their great rivals Arsenal in which he demonstrated his unerring goalscoring abilities, something which ultimately earned him the nickname of ‘God’ among the Anfield Faithful.

With Robbie Fowler having held the record for the fastest Premier League hat-trick for over two decades, few thought it would ever be beaten. However, when Southampton played Aston Villa back in 2015, Sadio Mane not only broke Fowler’s record, but he smashed it, banging in three goals in less than three minutes.

Simply incredible…although he was assisted by some less than impressive defending and goalkeeping.