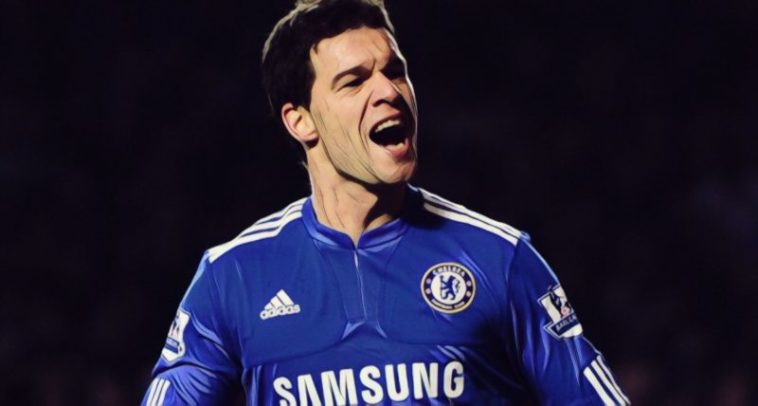 Chelsea’s impressive summer of transfer activity looks set to continue with the capture of Timo Werner from RB Leipzig, the west London side having agreed a deal in principle to bring the prolific Germany international to Stamford Bridge.

Werner’s impending arrival is unlikely to be the club’s last major move in the market, however, with speculation strongly linking Chelsea with another big-money raid on the Bundesliga.

Bayer Leverkusen’s highly-rated midfielder Kai Havertz is believed to be next on the Blues’ agenda, and hopes are high that the 21-year-old will follow his compatriot to English football this summer.

Werner and Havertz could join a handful of their fellow countryman to have represented Chelsea during the Premier League era, and we’ve decided to assess the impact of the club’s previous German imports.

Here are our ratings of the five Germans to have played for Chelsea:

Huth joined Chelsea’s youth system as a teenager from Union Berlin and wasted little time in making an impression, Claudio Ranieri handing the centre-back his first-team debut as a 17-year-old against Aston Villa.

The towering defender was tipped for a big future after being named as the club’s Young Player of the Year for three seasons in succession, but the significant investment following Roman Abramovich’s takeover of the club prevented Huth from cementing a first-team place.

The German formed part of the Blues’ squad which won back-to-back league titles under Jose Mourinho, but departed after that second title triumph in search of more regular opportunities.

Huth later forged out a successful Premier League career that took in spells at Middlesbrough, Stoke and Leicester, forming part of the Foxes side which were improbably crowned champions under former Chelsea boss Ranieri.

No German player has ever made more Premier League appearances than the centre-back who earned 19 senior caps at international level.

🗣”I’m not taking anything away from the Leicester back 4 of Danny Simpson, yourself, Wes Morgan and Fuchs…

One of the greats of German football, Chelsea completed the capture of Michael Ballack from Bayern Munich on a free transfer in the summer of 2006.

The midfielder was established as the key figure for club and country but chose to leave the Bavarians to move to the Premier League, where he quickly became an important part of a Chelsea side competing for the game’s biggest prizes.

Ballack won four major honours during his four seasons in English football, including playing a key role as the west London outfit completed a first-ever domestic double under the guidance of Carlo Ancelotti.

Amongst the finest midfielders of his generation, Chelsea perhaps did not see the peak years of Ballack but he was undoubtedly an important figure and leader during his time at Stamford Bridge.

Marko Marin’s career has sadly been one of unfulfilled potential, the winger having been labelled as the ‘German Messi’ following his emergence at Borussia Monchengladbach and later Werder Bremen.

After three years with the latter Chelsea secured the services of the Serbian-born star, though his time in the Premier League would prove one of huge disappointment as he failed to make an impression.

Marin made just six league appearances during his injury-hit time in England and was sent on a succession of loan spells, enduring mixed fortunes during temporary stints at the likes of Sevilla, Fiorentina, Anderlecht and Trabzonspor.

He left on a permanent basis for Olympiakos in 2016, the 31-year-old currently plying his trade with Saudi Pro League side Al-Ahli.

Couldn’t get a game for Chelsea but he’s tearing it up in the Greek league! Lovely little lob! 👌 pic.twitter.com/AmxoDqSZhL

Schurrle’s impressive performances for Bayer Leverkusen saw Jose Mourinho sign the forward during his second stint at Stamford Bridge, with the Germany international enjoying an impressive debut campaign after moving to the Premier League.

He scored nine goals in all competitions – including a hat-trick against local rivals Fulham – operating largely from a position on the left-flank, with his industry, pace and goalscoring ability marking him out as a key asset to the Chelsea squad.

After winning the World Cup with Germany he struggled to command a regular first-team place in Mourinho’s side, however, returning to the Bundesliga with Wolfsburg mid-way through the club’s title-winning campaign under the Portuguese in 2014/15.

One of the best team goals I’ve seen at Chelsea 🔵 #CFC pic.twitter.com/4vn6As1px6

Should Werner and Havertz complete moves to Chelsea this summer they will link up with international teammate Antonio Rudiger, the powerful defender having established himself as a firm fans’ favourite at Stamford Bridge since his arrival from Roma three years ago.

Despite several injury problems, Rudiger has proven a dominant presence in the Blues’ backline in recent seasons, helping the club to success in both the FA Cup and Europa League.

Chelsea should build around Antonio Rudiger, according to Mario Melchiot 💪

🗣 “The next step now is to build a side around him.

“But it’s important to find a centre-back partner who is not like him. They can’t play the same way.” pic.twitter.com/ovRalTYj3a

Rudiger has made over a century of appearances for Chelsea since his big-money signing and his strength, athleticism, and composure of the ball make him a vital component of Frank Lampard’s side, the German arguably the most reliable member of the club’s centre-back options.