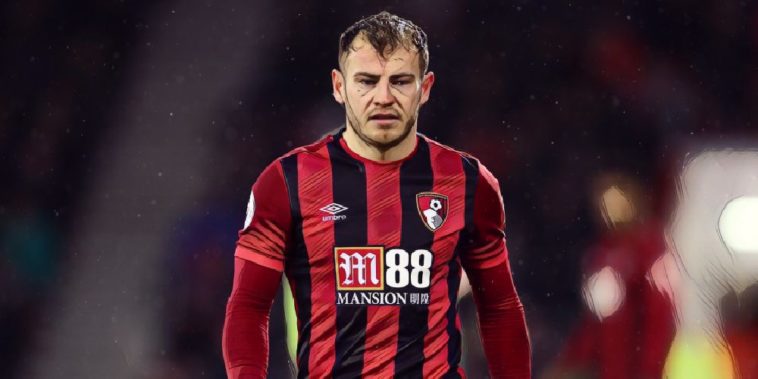 Ryan Fraser has reportedly turned down the opportunity to sign a short-term contract extension at Bournemouth as the winger prepares to leave the club on a free transfer this summer.

The Scotland international is amongst the most high-profile free agents available this summer and has been linked with moves to both Tottenham and Arsenal, Fraser set to depart after seven seasons at the Vitality Stadium.

The rescheduling of the Premier League season has led to uncertainty surrounding several out-of-contract players, though the league have granted permission for clubs to negotiate short-term extensions to allow players to complete the current campaign.

According to the Times, however, Fraser has snubbed the opportunity to sign a new deal with Bournemouth and now looks set to leave the club on June 30.

😡 “When they need him the most he’s thinking about himself & being selfish.”

💷 “There’s so much money to be made & it shows the lack of loyalty.”@MrJamieOHara1 blasts Ryan Fraser. pic.twitter.com/ezijqy1ovP

That means that the 26-year-old will only be eligible for the Cherries first two behind-closed-doors fixtures – against Crystal Palace and Wolves respectively – before being allowed to sign for a new club on July 1.

Fraser, however, would not be able to play for his new side until next season given the Premier League’s rules regarding player registrations.

The news will come as a major blow to Eddie Howe’s side who currently find themselves in the division’s bottom three, with arguably their most creative influence now likely to be absent ahead of the relegation run-in.

Fraser’s decision is the clearest indication yet that he will move on during the summer, north London rivals Arsenal and Tottenham preparing to battle it out for a player who registered 14 assists in the Premier League last season, the second-highest in the division behind Eden Hazard.

Kings of the Bosman: Five of Juventus’ best free signings