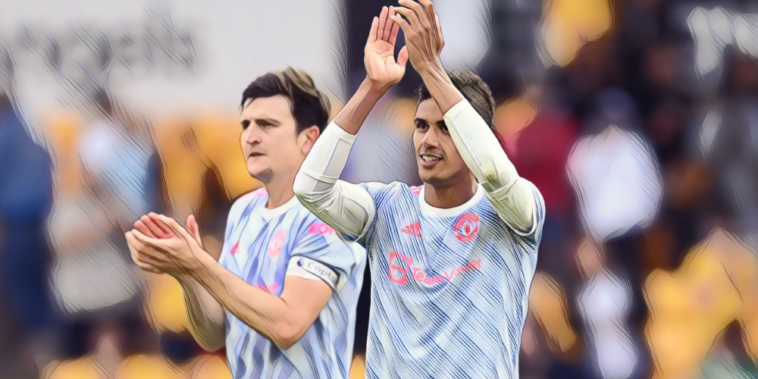 Defensive strength can often be the difference between winning silverware or falling short, with title challenges built on a solid foundation.

Sir Alex Ferguson once claimed that whilst attack wins you games, it’s defence that wins titles and it’s fair to say the former Manchester United manager knew a fair bit about how to get his hands on the Premier League trophy.

As the 2021/22 season begins to take shape, we assess and rate the defensive options at each of the Premier League’s ‘big six’.

Arsenal’s defence has been attributed as a weakness for what seems an eternity, the club having often been cited as having a soft centre in recent seasons.

Kieran Tierney has been a bright spark amongst much mediocrity at left-back, but Mikel Arteta’s options elsewhere have either struggled to convince or have convincingly not been good enough.

Ben White has arrived this summer for an eyebrow-raising £50m fee from Brighton and is an upgrade on the Gunners’ current options, even if the 23-year-old endured a difficult debut and has much to prove after just a single season of Premier League experience.

Gabriel started brightly after signing from Lille last summer but remains raw, whilst neither Pablo Mari, Rob Holding or Callum Chambers are of a standard required to return Arsenal to Champions League status.

Arteta will hope deadline day signing Takehiro Tomiyasu can add quality and versatility to his options, whilst Ainsley Maitland-Niles could emerge as a strong alternative at full-back – having earned international honours with England in the role before voicing his desire to feature in midfield.

Arsenal have plenty of quantity across their defensive options, but it is the quality of those options that should concern both Arteta and the fanbase.

Chelsea’s remarkable turnaround under Thomas Tuchel has been built on defensive strength, having recorded 21 clean sheets in just 33 fixtures under the German’s management across all competitions.

Tuchel’s move to a back three system has extracted the most from players previously out of favour, with both Andreas Christensen and Antonio Rudiger appearing reborn and in line for new contracts following their performances in recent months.

Cesar Azpilicueta and Thiago Silva provide experienced options, whilst the former also acts as cover for the ever-improving Reece James at right wing-back.

Ben Chilwell and Marcos Alonso have competed for the position on the left side, the latter often flourishing when provided with a greater licence to join the attack.

Chelsea had registered an interest in signing Jules Kounde from Sevilla during the summer, but the emergence of Trevoh Chalobah has compensated for the sale of Kurt Zouma to West Ham.

Van Dijk and Matip have returned to start the club’s opening fixtures of the new season, whilst the summer signing of Ibrahima Konate from RB Leipzig has bolstered a central defensive department now boasting both quality and quantity.

Konate (22) and Gomez (24) shape as a potential long-term partnership for Jurgen Klopp’s side, whilst Nathaniel Phillips has remained at Anfield despite transfer interest – signing a new contract after gaining cult status following his performances in the club’s run to Champions League qualification last term.

Van Dijk’s return is a major boost to Liverpool’s hopes this season with the Dutchman regarded as arguably world football’s leading centre-back, though it is the full-back pairing of Andy Robertson and Trent Alexander-Arnold that are perhaps most pivotal to the Reds’ style of play.

The duo have provided a combined 62 assists over the past three Premier League seasons, with the lack of experienced and specialist cover for Alexander-Arnold the sole negative of a defensive contingent in rude health compared to last season.

Kostas Tsimikas – after a season of adaptation – looks a fine stylistic alternative to Robertson after starting the season in the Scot’s absence at left-back.

The arrival of Ruben Dias was a major factor behind City’s reclaiming of the championship, with the Portugal international named as the FWA Footballer of the Year for 2020/21.

Dias’ arrival also brought the best from John Stones, who enjoyed a season of renaissance to establish himself as the summer signing’s first-choice partner at the heart of Pep Guardiola’s defence.

Despite reports of being unsettled, Aymeric Laporte has remained and will serve as a third centre-back of the highest quality, whilst Nathan Ake adds further depth despite having struggled since making the move to the Etihad.

Kyle Walker and Joao Cancelo are amongst the best full-backs in the Premier League, though there is a lack of depth beyond that duo and left-back remains a problem position for the champions.

Cancelo, Laporte and Oleksandr Zinchenko have all featured at left-back, but there is a sense that it remains the position that can be improved in a squad with few weaknesses – even if the latter has performed admirably in the full-back/central midfielder hybrid role Guardiola has created.

Ole Gunnar Solskjaer sought to strengthen his backline this summer with the signing of Raphael Varane, the arrival of one of world football’s best central defenders raising hopes of a title challenge at Old Trafford.

Varane arrives in the Premier League with four Champions League trophies and the World Cup amongst his list of accolades and the France international’s pace and poise can be the perfect compliment to Harry Maguire.

The axis of Varane and Maguire has the potential to be the Premier League’s leading defensive duo, whilst Luke Shaw has evolved into one of the division’s most influential full-backs across the past two seasons.

Aaron Wan-Bissaka’s defensive attributes are well known, even if his attacking output must continue to improve before he can be considered an elite right-back.

Solskjaer’s first-choice back four is man-for-man amongst the Premier League’s finest, but their rating suffers given the options beyond that quartet are unconvincing, with neither Victor Lindelof or Eric Bailly having mustered consistent periods of form.

Alex Telles has spent much of his time with the club as Shaw’s understudy, whilst Diogo Dalot has surprisingly been recalled to the fold after spending last season on loan at AC Milan.

Another side who invested heavily in defensive reinforcements this summer, with the signing of Cristian Romero from Atalanta the club’s major piece of transfer business.

Romero was named as Serie A’s best defender last season and the north London side spent £42.5m to sign the Argentina international, who Nuno Espirito Santo will hope can lead his new-look defence.

Toby Alderweireld’s departure signalled the end of the old-guard that had flourished under Mauricio Pochettino, with the likes of Eric Dier, Davinson Sanchez and Joe Rodon competing to partner Romero at centre-back.

Sergio Reguilon impressed during his debut campaign and is the club’s first-choice at left-back ahead of Ben Davies, whilst Japhet Tanganga has began the season ahead of Matt Doherty at right-back.

That duo will face increased competition from deadline day arrival Emerson Royal however, the Brazilian signing from Barcelona for a fee of £25.8m.

Nuno earned plaudits for establishing Wolves as a cohesive defensive unit, but it remains to be seen how Spurs’ develop with his current options possessing plenty to prove.