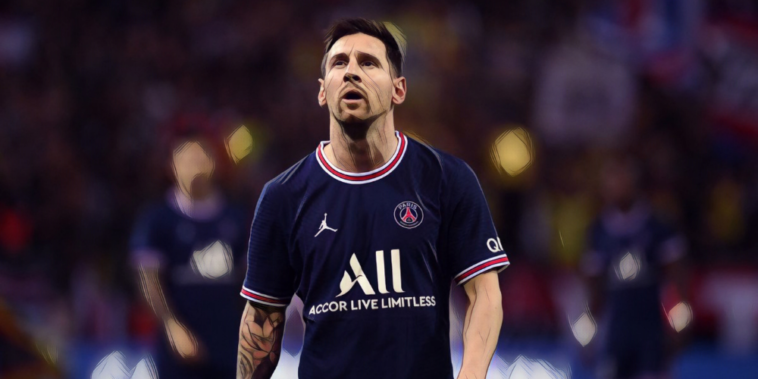 The Ballon d’Or ranks as the most prestigious individual accolade in world football, the coronation of a player as the planet’s finest talent.

Lionel Messi and Cristiano Ronaldo have dominated the award across the past decade, with just one other player – Luka Modric in 2018 – having interrupted the pair’s duopoly of the accolade since 2008.

Last season saw the Ballon d’Or cancelled in unprecedented fashion as a result of the pandemic, though it will return in 2021 with a number of notable names competing for the prize.

So for those of you who like to keep up to date with the odds on the latest list of PayPal betting sites, here are the Bookmakers five favorites to win the coveted Ballon d’Or.

Named as the Premier League’s finest footballer in each of the past two seasons, Kevin De Bruyne has been ranked at 12/1 odds to be crowned world football’s best.

The Belgium international was an influential figure once again as Manchester City were crowned champions of England, whilst he also starred as Pep Guardiola’s side reaching a maiden Champions League final – contributing seven goal involvements in just eight games.

This time last year, Kevin De Bruyne won the PFA Players' Player of the Year award for the first time.

De Bruyne has joined only Cristiano Ronaldo and Thierry Henry in winning successive PFA Player of the Year accolades, but an injury-disrupted campaign – alongside City’s Champions League final defeat and Belgium’s early exit from Euro 2020 – mean he is only an outsider for Ballon d’Or glory.

N’Golo Kante has been priced alongside De Bruyne as the joint-fourth favourite for the prize, having been an irreplaceable figure in Chelsea’s run to Champions League success.

Kante was outstanding as Thomas Tuchel’s side upset the odds to be crowned European champions, with the midfielder’s insatiable work-rate and all-action style overpowering both Atletico Madrid and Real Madrid in the knockout stages.

The France international was named as man of the match in both legs of the semi-final, before being declared as the best player afield during the final victory over Manchester City, adding another incredible chapter to a career that has had no shortage of highlights.

Kante’s fine 2021 to date has reemphasised his status as one of the great midfielders of his generation, having deservedly won UEFA’s Midfielder of the Year award.

Robert Lewandowski was perhaps the player most disappointed to see the 2020 award scrapped, with the Bayern Munich favourite having been the red-hot favourite to win a first Ballon d’Or last year.

The Poland international scored 55 goals in all competitions as Bayern won a treble in 2019/20, but saw his chances of winning football’s greatest individual honour ended as a result of the pandemic.

Lewandowski since the start of last season:

He has began the new season in similar vein with seven goals in four games for Bayern and should be a leading contender if the previous year’s exploits are weighted into the minds of those voting.

Few would have anticipated Jorginho to be amongst the front runners for the Ballon d’Or a year ago, but the Chelsea midfielder finds himself as 6/1 second favourite in the current market.

Jorginho was excellent during Chelsea’s triumphant Champions League campaign, his orchestrating of midfield from a deep-lying role a feature of the west London side’s passage to the final.

He followed that success by playing a central role as Italy won Euro 2020, with the star’s claiming of two of football’s biggest prizes catapulting him into contention for the Ballon d’Or.

Named as UEFA’s Player of the Year, he could yet scoop further individual accolades following a year of huge success for both club and country.

Lionel Messi is the odds-on favourite to win a record-extending seventh Ballon d’Or in 2021, the Argentina superstar having enjoyed another extraordinary year.

Messi finished as the leading scorer in La Liga for a fifth successive season, before ending his long wait for international success with a Copa America campaign that will live long in the memory.

The 34-year-old provided the most goals, assists and chances created at this summer’s tournament, as Argentina ended a 28-year wait for major tournament success.

The same stats, but in LaLiga. 🙃 pic.twitter.com/RKIDx6NFNs

After four previous major final defeats, it proved a dream moment for Messi who spoke of his ‘peace of mind’ at finally ending his wait for success in La Albiceleste’s ranks.

Attentions now turn to the early stages of his PSG career following a shock move from Barcelona, with Messi’s arrival at the Parc des Princes providing the Parisians with a squad capable of winning an elusive Champions League title.

The Kingdom of Heaven

MESSI #7. THE GREATEST FOOTBALLER OF ALL TIME HAS ALREADY TOOK HOME HIS 7NTH BDO. WELL DESERVED. 100%. HE IS A GIFT FROM GOD !!!