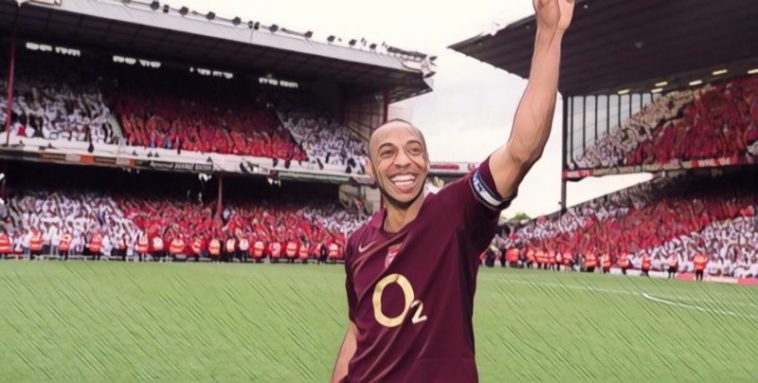 Many of us enjoy our home comforts and some of the Premier League’s greatest goalscorers are no different, but which forwards have scored the most goals at a single stadium?

Here are the five players with the most goals at a single Premier League ground:

The seventh-highest goalscorer in the history of the Premier League, Robbie Fowler enjoyed the best period of his career after bursting onto the scene as a precociously talented teenager at Anfield.

Liverpool fans quickly took to the prolific academy graduate who scored over 30 goals in all competitions in each of his first three full seasons with the Reds, winning back-to-back PFA Young Player of the Year awards following his performances.

Regarded by many as amongst the most natural finishers in the history of the division, only Michael Owen has ever reached a century of Premier League goals at a younger age than Fowler.

Much of Fowler’s best work came in the confines of Anfield, scoring 85 league goals on Merseyside to earn the nickname ‘God’ from the adoring Kop.

Five of the Premier League’s best teenage talents ever

No player has ever scored more Premier League goals than Alan Shearer, the 260-goal landmark of the former Blackburn and Newcastle forward a figure many feel may never be bettered.

After winning the league title with the former, Shearer made an emotional return to Tyneside in a world-record deal during the mid-nineties, scoring prolifically for his boyhood side to become the Magpies’ all-time record goalscorer.

Shearer scored 148 league goals in the famed black and white colours of Newcastle, 97 of which came at the club’s St James’ Park home. The Geordie goal-machine also scored 83 goals at Blackburn’s Ewood Park, missing out on twice featuring on this list by just two goals.

One of just three players to reach a century of Premier League goals at a single stadium, Wayne Rooney scored 101 times at Manchester United‘s Old Trafford during a career that saw the former England captain become the club’s all-time record goalscorer.

Rooney made the move to Manchester from boyhood side Everton as a hugely exciting teenage talent, winning a host of major honours during a glittering career with the Red Devils.

Rooney’s list of accolades includes five league titles and the Champions League, whilst he was also named as the PFA Player’s Player of the Year and FWA Footballer of the Year following a prolific 26-goal league campaign in 2009/10.

Amongst the greatest forwards of the Premier League era, Rooney became just the second player – after the aforementioned Shearer – to score 200 goals in the division.

The most recent inclusion on this list, Sergio Aguero racked up his 100th goal at Manchester City’s Etihad Stadium after converting a penalty in the club’s 8-0 thrashing of Watford earlier this season.

It has been a season of landmarks for Aguero who also became the highest-scoring foreign player in Premier League history after firing a hat-trick against Aston Villa, a treble which also saw the Argentine eclipse Shearer for the most ever Premier League hat-tricks.

No player in the history of the division has ever scored with such ruthless efficiency as the 32-year-old, who possesses the best goals-per-game and minutes-per-goal ratios of any player to have scored 100 Premier League goals.

Aguero currently stands at 180 league goals and is quickly closing in on becoming just the third player to reach a double century, with 104 of his total coming at home.

Highbury proved a happy hunting ground for Arsenal legend Thierry Henry, with no player in the history of the Premier League having ever scored more goals at a single ground.

The French forward was recognised as arguably the best player in the division throughout his eight-year spell in English football, winning two league titles and becoming the Gunners’ greatest goalscorer with 228 goals in all competitions.

Henry became the first ever player to score 100 times at one Premier League stadium, whilst he also scored the final goal at the famous old ground, part of a hat-trick during a 4-2 victory over Wigan before the north London side’s move into the Emirates.

The forward’s prolific return also helped him secure the Premier League’s Golden Boot on four occasions, more than any other player in the division’s history.