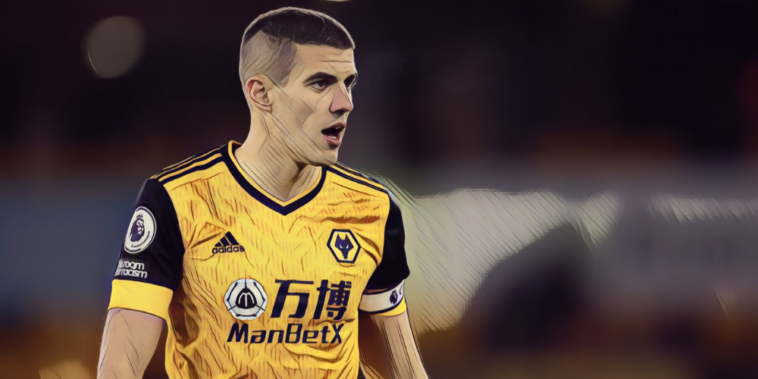 English football’s top division is often regarded as the most demanding league in world football, the Premier League’s mix of high-quality action and physicality ensuring only the elite thrive.

Performing consistently amid the division’s rigours is challenging for any player, but there are several stars to have enjoyed incredible periods of unbroken appearances.

Here are the five outfield Premier League players to have played the most consecutive 90 minutes:

Jamie Carragher spent his entire career with Liverpool and was an irreplaceable figure in the Reds’ backline for much of that time, including a run of 76 consecutive Premier League games.

Carragher enjoyed the best period of his career under the management of Rafael Benitez and his run included playing every single minute of the Spaniard’s debut campaign in charge in 2004/05, a season which also ended with Liverpool lifting the Champions League following a stunning final victory over AC Milan.

The former England international formed a fine partnership at centre-back with Sami Hyypia, his run of consistency remarkable given his full-blooded commitment to challenges and uncompromising style of play.

Alan Wright proved a model of consistency throughout much of an eight-year spell at Aston Villa, the diminutive left-back an ever-present in the club’s side during the late nineties and early 2000s.

Wright signed for Villa from Blackburn after struggling for opportunities amid the presence of Graham Le Saux, quickly becoming a fixture in Brian Little’s side at Villa Park.

The full-back played every single minute in each of his first two seasons with Villa and formed part of the side which won the League Cup in 1996, his run stretching a huge 82 consecutive games.

It was incredibly the only game Wright missed in his first four league seasons with Villa, featuring in 151 of a possible 152 Premier League fixtures.

Wolves’ leader at the back saw his run of 84 full Premier League fixtures earlier this season, the third-longest unbroken run for any outfield player in the division’s history.

Coady’s absence against the Southampton in November ended a phenomenal 121-game stretch of starts for the Wolves skipper, the defender falling just six games short of the club’s record after playing a huge role in their promotion from the Championship and impressive return to the top tier.

Coady’s fine form in recent seasons has seen him called up to the England side and he has since earned four caps, the 28-year-old hoping to earn his place in the squad for this summer’s European Championship as a ball-playing and vocal centre-back.

Leighton Baines fell just one short of reaching a century of consecutive Premier League 90 minutes in what ranks as the division’s second-longest unbroken run, the former Everton full-back a key figure for the Merseyside club during a 13-year spell at Goodison Park.

Baines was amongst the most effective defenders in the Premier League at his peak with his delivery and set-piece ability invaluable to Everton, becoming the first defender to reach 50 Premier League assists and twice being named in the PFA Team of the Year.

The Liverpudlian made 420 appearances for Everton in all competitions and his £5m signing from Wigan must rank amongst the club’s best pieces of business in the Premier League era, Baines a brilliant servant in his often understated and effortlessly cool style.

The third left-back to feature on this list, Wayne Bridge holds the record for most consecutive 90 minutes by an outfield player, incredibly making 112 appearances in succession after breaking into the Southampton first-team.

Bridge was named as the Saints’ Player of the Season after playing every minute of the 2000/01 season, before being an ever-present once more the following campaign after Southampton’s move to St Mary’s.

His run began in March 2000 and lasted until January 2003, Bridge limping off in a 1-0 defeat to Liverpool to end a run of 10,160 consecutive Premier League minutes.

Bridge moved to Chelsea later that year and won the Premier League title with the west London side before later spells at the likes of Manchester City, West Ham and Sunderland.