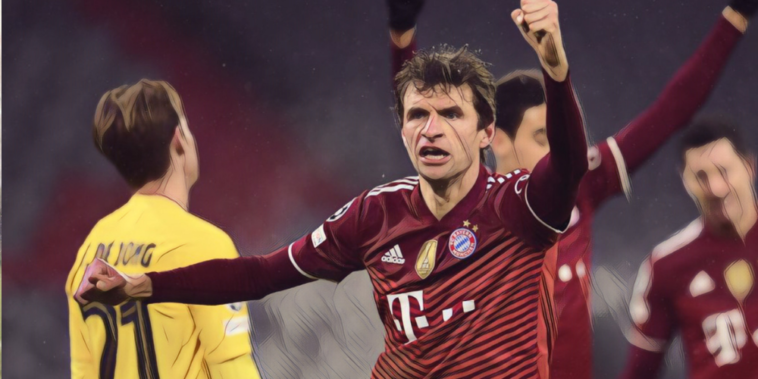 The UEFA Champions League will return next year as we enter the competition’s knockout stages, each of Europe’s elite competing to be crowned as the continent’s finest footballing side.

There will be four Premier League sides in Monday’s draw after Liverpool, Chelsea, Manchester City and Manchester United all progressed to the knockout stages, the former becoming the first English side to reach the last 16 with a 100% group stage record.

Elsewhere the likes of Bayern Munich, Paris Saint-Germain and Real Madrid will all harbour hopes of claiming club football’s biggest prize, and we’ve decided to look at how the bookmakers assess each side’s chances of winning the Champions League.

Here are the five favourites to win the Champions League.

Chelsea caused a surprise to be crowned champions of Europe last season, beating Premier League rivals Manchester City in the final after a remarkable transformation under Thomas Tuchel.

The west Londoners are bidding to become just the second team – after Real Madrid – to defend the trophy in the Champions League era, though are set to face a difficult last-16 tie after finishing as runners-up to Juventus in the group stage.

Chelsea could meet the likes of Bayern Munich, Real Madrid and Ajax in the next stage, though possess the pedigree and personnel to reach the latter stages this season.

Chelsea have conceded more than one goal just four times in 53 matches under Thomas Tuchel.

N’Golo Kante didn't play in any of them.

Chelsea always feature highly when it comes to Unibet Premier League betting and the club’s recent success has been built on a formidable defensive record and an ability to grind out clean sheets and results will make the Blues tough opposition in the knockout rounds.

Paris Saint-Germain are fourth favourites to win the Champions League this season, despite concerns over the balance of the side.

PSG progressed to the next stage as runners-up to Manchester City, beating the Premier League champions in Paris during their first meeting before a 2-1 defeat at the Etihad.

In Lionel Messi, Neymar and Kylian Mbappe, Mauricio Pochettino possesses world football’s most talented forward line in terms of individual talent, but questions remain over the work-rate of the trio and their impact on the side’s overall style.

PSG's potential opponents in the last 16 of the Champions League:

PSG’s final fixture of the group saw Messi and Mbappe each score twice in a 4-1 thrashing of Club Brugge, an encouraging performance and one Pochettino will hope can spark an improving chemistry from his side.

The club’s summer recruitment drive – which alongside Messi’s arrival also included the signings of Achraf Hakimi, Sergio Ramos, Gianluigi Donnarumma and Georginio Wijnaldum – was always likely to lead to teething issues and the hope will be that PSG can use the festive period to fine-tune their side ahead of an assault on the latter stages.

Liverpool are priced at odds of 5/1 to win a seventh Champions League title this season, with the Reds having progressed to the last 16 in flawless fashion.

The group stage saw Liverpool pitted together with Atletico Madrid, Porto and AC Milan in a draw most deemed amongst the most difficult, though the strength of the Premier League was demonstrated as Jurgen Klopp’s team became the first English club to compile a 100% group stage record.

Winners of the Champions League in 2019, the Merseysiders have the experience of reaching the latter stages and are well-equipped to make an impact deep into the tournament.

This Liverpool side are special 🔥 pic.twitter.com/go6BjvUt92

Mohamed Salah remains the key for Liverpool and has scored seven goals from just six games in the Champions League so far this season, the Egyptian’s stunning start to the season having seen Salah reach 20 goals in all competitions in early December.

Few will relish a trip to a capacity crowd Anfield in the next stage, with Liverpool set for a home second leg after a comfortable progression as group winners.

Bayern Munich are one of three teams – alongside Liverpool and Ajax – to have won six from six in this season’s group stage, scoring a tournament-leading 22 goals and conceding just three.

The form of the Bundesliga champions has been imperious in continental competition this season and the 2020 winners are expected to challenge for the Champions League once again.

A perfect end to our group stage campaign! 💯

Julian Nagelsmann reached the semi-finals whilst in charge of RB Leipzig in 2019/20, but now has one of Europe’s best squads at his disposal with Bayern possessing an intimidating blend of experience, talent and firepower.

City’s recent history has been filled with disappointing European exits, having been eliminated by the likes of Monaco, Liverpool, Tottenham and Lyon when heading into knockout ties as overwhelming favourites.

Last season’s progression to the final saw City appear to overcome their issues, but defeat to Chelsea in Porto ended hopes of landing an elusive European title.

City will again be amongst the contenders this time around, however, having topped a group containing fellow favourites Paris Saint-Germain to reach the last-16.

Pep Guardiola is armed with arguably the deepest squad in world football and has an abundance of options across the pitch, his side set to make an impression on the latter stages once more.

City’s lack of a recognised centre-forward could prove their undoing, but Guardiola has often found ways to win regardless and will be desperate to end his decade-long wait for another Champions League winners’ medal.