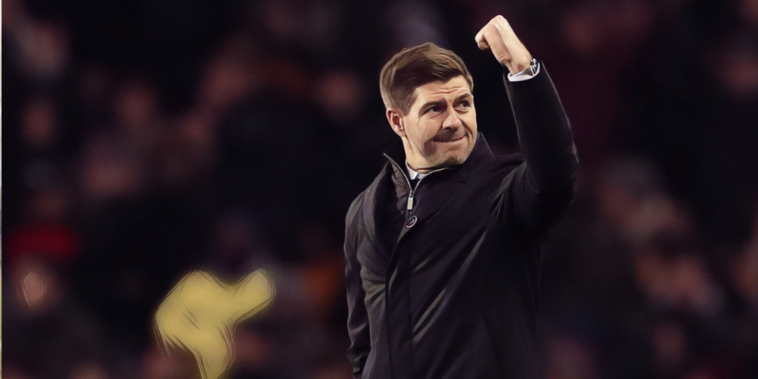 The weekend’s action will see a former favourite make his first return to Liverpool as a manager, whilst Leicester will be looking to bounce back from their Europa League disappointment when Newcastle visit the King Power Stadium.

Both currently find themselves outside the division’s relegation places, but their form has been mixed with Brentford stuttering after a strong start and Watford struggling to earn results under new manager Claudio Ranieri.

Each have just one win from their past six league games and both sides will be viewing this fixture as an opportunity to get much-needed points on the board as the festive period prepares to hit overdrive.

Both sides will also have to contend with major absences with Ivan Toney (covid) and Ismaila Sarr (injury) set to miss the clash, the Bees and Hornets void of some attacking sting as the duo look to inflict a painful blow on the other’s survival hopes.

Manchester City are top of the Premier League and safely through to the Champions League’s last 16 as group winners, but there remains a sense that Pep Guardiola has not quite found his favoured forward line at present.

City’s failure to sign a recognised centre-forward during the summer has seen several stars audition for the role during the opening weeks of the campaign, with Raheem Sterling, Phil Foden, Bernardo Silva and Jack Grealish having all operated as false nines.

Grealish started and struggled during the midweek defeat at RB Leipzig and has failed to find his feet in the advanced role, whilst Sterling too has proven far more effective when operating wide.

Bernardo and Foden – the latter a doubt for this weekend’s clash with Wolves – have proven more viable options, but is the false nine the best position for either player at present?

Guardiola does, and has, found ways to win regardless but it is perhaps telling that City are the only one of the Premier League’s current top four to have underperformed in terms of expected goals (32 goals scored from an xG figure of 34.54).

It may seem a small margin at present, but could prove the difference over the course of a campaign, particularly with a lack of clean sheets in recent weeks. Wolves will look to frustrate the champions this weekend, having seen the likes of Tottenham and Crystal Palace secure positive results against City with a compact defence.

Arsenal’s rollercoaster campaign has taken another dip in recent weeks, the feel-good factor that arrived as a result of an eight-game unbeaten run having evaporated after three defeats in four league fixtures.

The most recent, a stoppage-time loss at the hands of an out-of-form Everton, was a difficult blow for Mikel Arteta, who will hope the Gunners can respond against a depleted Southampton side this weekend.

Ralph Hasenhuttl has moved to sign veteran goalkeeper Willy Caballero on an emergency short-term deal after injuries to both Fraser Forster and Alex McCarthy, whilst Oriol Romeu and Mohamed Salisu will both miss the clash through suspension.

Southampton have also failed to win an away league fixture against Arsenal since 1987, a run of 26 visits to north London without a win.

Gabriel Martinelli is set to miss the clash with a hamstring injury, whilst Emile Smith Rowe remains a doubt. Arsenal need to secure a positive result to keep their European ambitions alive, having fallen five points adrift of fourth-place West Ham.

Chelsea form a cause for concern?

Chelsea’s midweek draw at Zenit St Petersburg saw the west Londoners surrender top spot in their Champions League group, whilst it continued a concerning run of performances for the Blues who have now won just one of their last four.

Despite fielding a rotated side, the manner of the draw in Russia – a 3-3 result which saw Kepa Arrizabalaga keep the score down for the visitors – will have concerned Tuchel, who has seen Chelsea scrape a win at Watford and lose to West Ham in their last two league outings.

Chelsea host a Leeds team without key figures including Kalvin Phillips this weekend and Tuchel will be seeking a response from his side, with the German needing more from his forward options amid a reliance on his wing-backs for creativity.

The performance of Timo Werner will have encouraged Tuchel in midweek, the forward scoring twice and creating another in the draw at Zenit, with Romelu Lukaku also on the scoresheet as he makes his return to full fitness.

That duo could prove crucial in tandem as Chelsea – who dropped from first to third after losing at West Ham – look to bounce back from their recent stumbles.

All eyes will be on Steven Gerrard this weekend as the Aston Villa manager returns to Liverpool, the former Reds captain making his first return to Anfield as a manager.

Gerrard has began well in his new surroundings at Villa Park, leading the side to three wins from four since arriving from Rangers, a sequence that has lifted Villa into the Premier League’s top half.

Steven Gerrard is looking forward to returning to Anfield tomorrow as #AVFC face #LFC, but insists he is fully focused on getting a positive result against his former club. pic.twitter.com/QQQG6skGWX

There will be a capacity crowd of well-wishers for Gerrard as his Premier League managerial venture begins, but none of that sentiment will exhibited across the course of 90 minutes with Liverpool in need of three points to boost their title challenge.

Jurgen Klopp’s side are the league’s leading scorers and have enjoyed a strong start to the season, setting an unprecedented standard for an English side in reaching the Champions League’s last 16 with a perfect group stage record.

Just two points currently separate the Premier League’s top three with Liverpool sandwiched between leaders Manchester City and Chelsea, and this weekend’s clash will be strictly business for Klopp and his squad despite the fanfare of a returning hero.

Fred has faced his fair share of criticism during his Manchester United career to date, often the scapegoat and a much-maligned figure in the Red Devils’ midfield.

The ‘McFred’ axis of the Brazilian and Scott McTominay came to define the disappointments of the Ole Gunnar Solskjaer era, but the performances of the former in recent weeks have been encouraging.

United won possession in the final third 12 times against the Eagles, the most recorded by the Red Devils in a Premier League fixture since the retirement of Sir Alex Ferguson.

Fred has often been maligned for what he isn’t, but Rangnick will be aware that the Brazilian’s energy and tenacity can prove invaluable during the infancy of his reign at Old Trafford.

Burnley once proved a trip that few Premier League sides relished, with opposition sides well aware of the physical challenge of facing the Clarets at Turf Moor.

Sean Dyche’s side have struggled to maintain that reputation as awkward opposition this season, however, winning just one of six home fixtures this season – their sole win of the Premier League campaign so far.

Burnley face Champions League-chasing West Ham this weekend and on the agenda for Dyche will be exploiting a backline that has been weakened through injury, with both Kurt Zouma and Angelo Ogbonna set for extended spells on the sidelines.

The visitors will need to reshuffle their pack this weekend and Burnley can exploit teething issues between a new centre-back partnership or trio, with the likes of Chris Wood and Ashley Barnes rarely afraid to ruffle feathers.

💬 "I’d like to get more goals and over the coming weeks I hope to provide more. I want to keep my record against West Ham going and I’m hoping to get another one this weekend" – Chris Wood #BURWHU | #UTC pic.twitter.com/8yeOtMlpPu

Wood has enjoyed an excellent record against this weekend’s opponents, having scored seven goals in just eight appearances against the Hammers.

After defeat at previously winless Newcastle last time out, Burnley are in need of a response.

Newcastle are finally off the mark after beating Burnley 1-0 last time out, ending a 14-game winless run to start the season to move off the bottom of the Premier League.

Eddie Howe’s side remain in the relegation places and level on points with both Norwich and Burnley, but last weekend’s success will have raised optimism over an escape from the bottom three.

Newcastle travel to face Leicester this weekend, with the Foxes continuing to misfire and heading into the clash after a Europa League exit in midweek.

"Everyone was well aware we needed the win, and now we have it. Now we have to try and build on it and we've got to try and create some positive momentum. The supporters are going to be key to that, home and away. It can really make the difference." pic.twitter.com/F8NzsQFPHT

Brendan Rodgers’ side have struggled defensively this season and have failed to keep a clean sheet since the opening weekend, this weekend’s clash one that promises goals with both teams lacking solidity at present.

Howe spoke at his pre-match press conference over his desire to keep the club’s ‘positive momentum’ and a repeat of last season’s result in the same fixture – a 4-2 win in which Newcastle exposed Leicester on the counter-attack to damage their Champions League aspirations – will be the target.