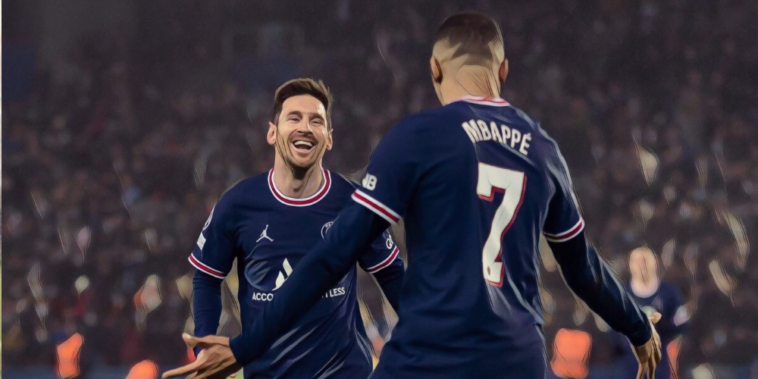 The UEFA Champions League continues to provide elite entertainment and each matchday we delve through the action to pick out some of the competition’s leading performers.

The final round of group stage fixtures saw the draw for the last 16 almost finalised, with just Thursday’s fixture between Atalanta and Villarreal all that’s left to complete the draw for the first knockout round.

Liverpool became the first English side to complete a group stage campaign with a 100% record, making a mockery of pre-tournament Group of Death claims to win six from six after a rotated Reds’ side beat AC Milan at the San Siro.

With each of the Premier League teams already assured of their place in the next round, there were changes elsewhere as Manchester City lost at Leipzig, and Manchester United and Chelsea were held by Young Boys and Zenit St Petersburg respectively.

That draw for Chelsea condemned the holders to second place in the group, whilst Barcelona will not be in the last 16 draw for the first time since 2004/05 after losing at Bayern Munich, the Catalans set for Europa League football in the new year.

Following the midweek action, here is our Champions League Team of the Week for Matchday six.

Group B was evenly poised heading into the final fixtures, with each of Atletico Madrid, Porto and AC Milan in with a chance of joining group winners Liverpool in the next stage.

It is Atletico who will take their place in Monday’s draw despite a difficult tournament to date, securing a hard-fought 3-1 win at Porto with goalkeeper Jan Oblak in impressive form behind a makeshift defence.

The Slovenian kept his cool in a bad-tempered clash at the Estadio do Dragao, making excellent second-half saves to deny both Marko Grujic and Mehdi Taremi.

Having struggled during the recent win over Sevilla, the right-back returned to form as Real Madrid secured their place in the last-16 draw as group winners.

Carvajal was solid defensively in the 2-0 win over Inter Milan at the Bernabeu and made several crucial interceptions, including a wonderful block to deny Ivan Perisic.

The 29-year-old also impressed when venturing forward, registering a team-high of four key passes and claiming the assist for Marco Asensio’s stunning second.

Eder Militao produced another outstanding performance alongside his Real Madrid teammate, the Brazilian centre-back a commanding presence as the Spanish side defeated Inter on home soil.

Militao was diligent in his passing from the back and continually found himself in the right place at the right time, his excellent reading of the game leading to five interceptions, six clearances and two blocks.

Eight points clear at the top in La Liga and through to the last 16 in comfortable fashion, the record 13-time winners are growing in confidence as the season progresses.

Ibrahima Konate was named as Liverpool’s official man of the match following the Reds’ win in Milan, but is the performance of Nathaniel Phillips that will have attracted the attention of potential suitors.

Having earned cult status for his role in Liverpool’s run to a top-four finish last season, the centre-back has found himself as fifth choice and on the fringes of Jurgen Klopp’s side during the current campaign.

Brought into the side as a rotated team ensured Liverpool progressed with a 100% record, Phillips produced a solid showing to win six duels and make four clearances, whilst his Cruyff turn inside his own area – leaving two Milan challenges behind – was evidence of his confidence on this stage.

The composure on display from Nat Phillips here… 👌#UCL pic.twitter.com/43cZfbNmek

The 24-year-old is expected to leave in search of first-team football, but his performance against Milan will no doubt have increased interest and raised his potential price-tag at Anfield.

Schultz has not always been a consistent performer for Dortmund but showcased the best of his game against the Turkish side, bombing forward from left-back and providing the assist for Erling Haaland’s first goal of the evening.

Dortmund will be disappointed not to have secured progression, but the Europa League offers a realistic route to silverware for a side possessing the talent to reach the latter stages.

Dahoud starred alongside Jude Bellingham in the Dortmund midfield against Besiktas, the duo hugely influential figures in an emphatic 5-0 win for the Germans.

The 25-year-old’s forward run led to Dortmund’s second goal of the evening, with the midfielder hauled down inside the box to earn Welinton a red card and provide Marco Reus the chance to convert from the spot.

Dahoud then claimed a pair of assists, first rolling the ball into the path of Reus for his second, before an in-swinging corner kick was headed home by Erling Haaland.

Rodrigo De Paul produced his best performance in an Atletico Madrid shirt when it mattered most, the midfielder superb as the Spanish champions beat Porto to secure progression.

The summer signing has not been able to consistently deliver the all-action influence that became his trademark at Udinese, but against Porto he was at his imperious best, leading the clash for recoveries, interceptions, clearances, carries and passes.

1 – Rodrigo de Paul 🇦🇷 has scored his first goal for @atletienglish in all competitions (20 appearances), registering against Porto his best tally of recoveries in a single match for the club (13). Stellar. pic.twitter.com/vuOznjkmx2

De Paul was rewarded for an industrious showing with Atletico’s third goal in stoppage time, winning possession high up the pitch before firing a loose ball in to seal the Spaniard’s success.

Barcelona must be sick of the sight of Thomas Muller, a footballer who has haunted the Catalan side in recent European campaigns.

Thomas Muller has scored more goals against Barcelona in the Champions League than any other player in history.

The 32-year-old arguably remains the man who makes Bayern tick and extended his impressive goalscoring record against Barcelona to eight goals in just seven appearances.

Bayern have been formidable in Europe this season and are perhaps the side that each team will want to avoid when the last-16 draw is made on Monday.

Reus scored his first from the penalty spot in convincing fashion, before netting a superb second after showing a fleet-of-foot and composure to waltz through the Besiktas defence and calmly roll home.

Paris Saint-Germain showed their attacking threat after dispatching Club Brugge 4-1 at the Parc des Princes, with both Kylian Mbappe and Lionel Messi netting twice in a comfortable win.

Mbappe opened the scoring after just 70 seconds in the French capital, before netting a brilliantly-taken second – volleying Angel Di Maria’s lofted pass as it came over his shoulder – just moments later for a quick-fire brace.

Mbappe’s brace saw him eclipse Lionel Messi as the youngest ever player to reach 30 goals in the Champions League, whilst he also added an assist with a cross-field pass into the feet of the Argentine to score PSG’s third of the evening.

Lionel Messi’s domestic form has not truly taken off since his summer switch to Paris, but the seven-time Ballon d’Or winner has enjoyed his finest moments in the Champions League with five goals in just five group stage fixtures.

Messi scored a superb first in the win over Club Brugge, a goal seen on countless occasions as he shifted the ball inside onto his left foot before firing a bending effort into the far corner.

Another incredible strike in the Champions League from Lionel Messi 😍

He added a second from the penalty spot, but this was an overall performance in which his influence was evident, floating around the pitch and creating opportunities with his dribbling and vision in the final third.

There are plenty of flaws in this PSG side, but the Parisians will be the second-place team that the tournament’s group winners will want to avoid.