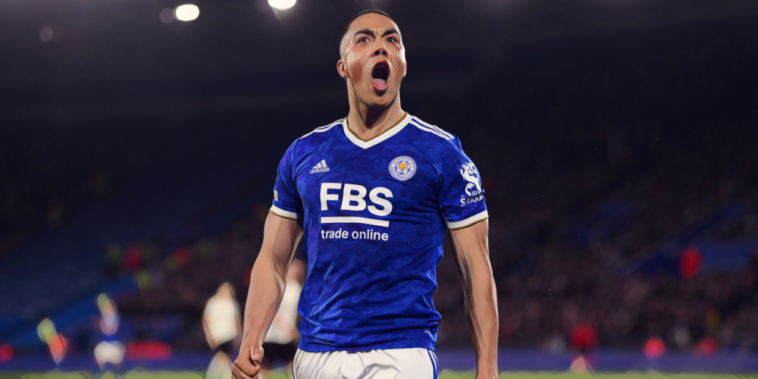 Youri Tielemans is set to be at the centre of a transfer tussle this summer, with the Leicester midfielder rapidly approaching the final year of his contract at the King Power Stadium.

The Belgian midfielder’s deal runs until 2023 and he has been linked with several leading sides, having so far failed to agree an extension with the Foxes. Leicester would hate to lose the midfielder on a free transfer and could be forced to cash in on Tielemans this summer.

There are many options for this talented football player and football betting enthusiasts are trying to guess which club he will choose. If you are a sports enthusiasts and you love to play games, you will definitely be interested in the best Sports themed slot websites. Playing those games is one of the best ways to kill time while you wait for a game to watch.

Since we discussed online betting games, it seems only fitting to look at the bookmakers’ five favourites to sign Youri Tielemans.

Manchester City have been tentatively linked with a move to sign Tielemans this summer, with the Premier League champions potentially in the market for midfield reinforcements.

Fernandinho is expected to leave the Etihad at the end of the season with the Brazilian having made just six league starts this season, the club captain set to turn 37 before the end of the campaign and likely to end an illustrious career with the club.

The midfielder has been a #PL mainstay ever since ✨ pic.twitter.com/AliblEC08K

Tielemans would provide a Premier League proven replacement for the departing veteran and would add competition and cover for Rodri in a deeper midfield role.

The Belgium’s comfortability in several midfield roles with also appeal to Pep Guardiola, who is perhaps never satisfied when it comes to adding talented midfielders to his collection at City.

Arsenal are expected to be among the busiest Premier League clubs once again this summer, as Mikel Arteta continues his rebuild at the Emirates.

Midfield is believed to be on the agenda for the Spaniard, as he seeks a partner for Thomas Partey in a new-look midfield.

Tielemans would add to a core of promising young talent in North London and with the likes of Lucas Torreira and Mattéo Guendouzi set to depart on permanent deals in the summer, funds and space will be freed to pursue a new midfielder.

Linked with a move for the Belgian in 2021, capitalising on his contract situation with a cut-price deal this summer would be shrewd business from Arsenal’s recruitment team.

Tottenham are priced alongside their North London rivals at 8/1, having reportedly been interested in signing Tielemans before his move to Leicester.

Antonio Conte is understood to want a greater goal threat from his midfield and Tielemans could add attacking impetus at Spurs, having scored six league goals – the joint-best haul of his Premier League career – from 19 league starts for the Foxes this season.

This Tielemans goal was 𝘴𝘰 good it literally made 'WHAT A GOAL' trend on Twitter 🔥#EmiratesFACup @LCFC pic.twitter.com/18i7AKkVOI

Conte allowed Dele Alli, Giovai Lo Celso and Tanguy Ndombele to depart the club in January and whilst Rodrigo Bentancur arrived from Juventus, there is perhaps a need for further reinforcements.

Manchester United’s midfield remains an issue for the Red Devils and arrivals are expected this summer, having overlooked a problem position in favour of deals for Cristiano Ronaldo, Jadon Sancho and Raphael Varane last summer.

Declan Rice and Ruben Neves are among the Premier League names linked with Old Trafford, though each would cost a considerable sum with Rice’s valuation believed to be in excess of £100m at West Ham.

Tielemans could offer a low-cost, high-quality alternative to the England international and one who could fulfil a number of roles, having performed at Leicester as a deep-lying playmaker, box-to-box influence and further forward.

Liverpool are the favourites to sign Tielemans and have been priced at odds of just 3/1 to secure his services, with the Reds’ priority this summer believed to be engine room additions.

Georginio Wijnaldum’s departure last summer was not addressed with a direct replacement, whilst James Milner (36), Jordan Henderson (31) and Thiago Alcantara (30) will need replacing in the coming seasons.

Alex Oxlade-Chamberlain’s long-term future is also uncertain after a lack of minutes this season and Tielemans would bring down the average age – and increase the quality – of Klopp’s midfield options.

Liverpool have shown in recent windows an ability to sign and improve players from lower down the division, with the likes of Andy Robertson, Virgil van Dijk and Diogo Jota among those who have exceeded expectations since arriving at Anfield.