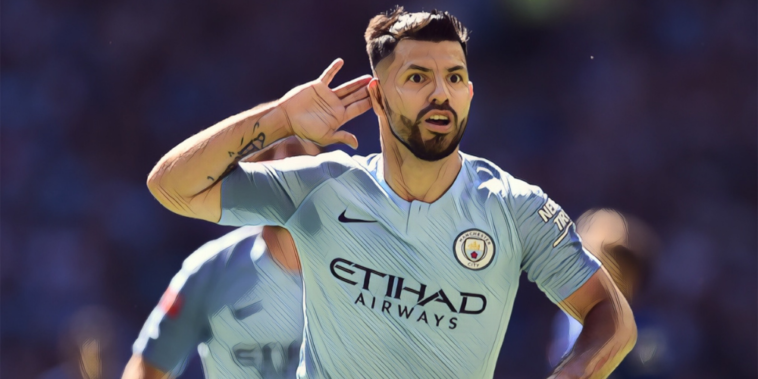 Manchester City meet Chelsea in a hugely anticipated FA Cup semi-final showdown this weekend, the two favourites for the competition meeting in the last four at Wembley.

Both sides have been in impressive form in recent weeks with City on course for a third Premier League crown in just four seasons under Pep Guardiola, whilst Chelsea have lost just twice in all competitions since Thomas Tuchel’s arrival as head coach in January.

The two teams could yet meet once again in the Champions League final after both reached the semi-finals in midweek, but first will do battle in the semi-finals of world football’s oldest domestic competition.

One player who will be hoping to make an impact if called upon will be Sergio Aguero, who announced recently he will be leaving City at the end of the season after a decade of success.

The club’s all-time record goalscorer has enjoyed a prolific record against Chelsea throughout the years and ahead of this weekend’s meeting we’ve looked back at some of Aguero’s best goals against the west Londoners.