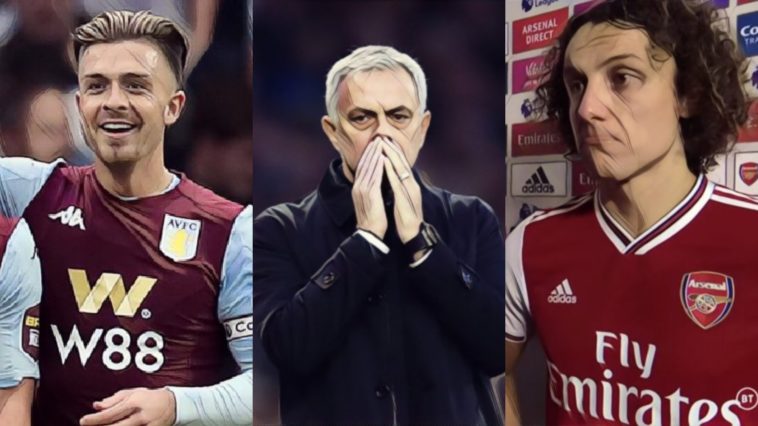 So, here we are: 2020. The year we can no longer poke fun at Liverpool fans for saying “it’s our year”. Because, let’s face it, it is their year. Let’s just try to get through the rest of this season together, yeah?

Arsenal have not been having a good season by any stretch of the imagination, at times looking like they are barely good enough for the top half let alone the top six. The club has been infused with hope for the future, however, with the appointment of Mikel Arteta as their new manager.

The Spaniard earned his first win in charge after the Gunners defeated Manchester United 2-0 at home on Wednesday night, with the team looking a lot more organised and energised than they have for the vast majority of the campaign thus far.

It looks as if Arteta already has the backing of the players, who have been praising him in the media this week, including David Luiz. An emotional and honest Luiz gave an enlightening and revealing interview to BT Sport after the final whistle, who said they are “ready to fight. Not with all the guns, but to fight we are ready.”

“I think I said it last week that Mikel is a great coach. He knows football. He was a great player. He brings things where I believe in his philosophy and I think he can improve every single player.

“And in life when you are happy the results can be totally different. I think I always like to use the metaphor that if you sleep happy you can sleep for hours, but if you sleep sad, just for eight hours.

“So if you work with happiness and you work with believing in what you are doing it is totally different so I am happy with everybody but you need to understand our season is not there.

“We didn’t start very well. We start very bad, I have to be honest. But things can change and there is still some titles to fight for and improvement for the team and in the future.”

The defining moments in Arsenal and Man United’s iconic rivalry

Like so many teams in the Premier League this season, Aston Villa are a very Jekyll and Hyde outfit. One week they’re getting hammered by the team at the bottom of the table, the next they look calm and assured on the ball with no problem beating a decent side away from home.

Wednesday’s 2-1 win over Burnley fell into the latter category, although in the second-half the Clarets really should have scored more than they did. Out of the 20 shots they took in the match, just one was on target – Chris Wood’s goal ten minutes from full-time. Better shooting and they would have gotten something out of this tie.

Regardless, Villa looked much improved and once again much of their performance was down to the architect in the middle – Jack Grealish. The 24-year-old had an early goal chalked off by VAR, set up the opener for Wesley, then finally got on the board himself, all before half-time.

It’s truly remarkable that the Birmingham-born playmaker has not received an England call-up by Gareth Southgate, let alone earn his first cap.

Goals are like buses. You wait a season and a half for your first to come along, then you get two in a week. That’s kind of how buses operate, right?

In any case, Alireza Jahanbakhsh won’t care after he scored an early contender for goal of the decade with this tremendous bicycle kick in Brighton‘s 1-1 draw with Chelsea.

The 84th minute equaliser was the Iranian’s second goal of the season, following up on his early finish in the 2-0 win over Bournemouth last Saturday.

Just look at the first clip of the highlights from Liverpool‘s 2-0 win over Sheffield United below. Is there a more all-round defender in the world right now than Virgil van Dijk?

Liverpool with more passes in the second half tonight than they managed in total in 14 of 20 league games under Roy Hodgson pic.twitter.com/xsN2TYNzUq

Jose Mourinho cut a frustrated figure on the sideline midweek as his Tottenham Hotspur side lost to Southampton, so much so that he decided he would spy on an opposition coach’s tactics in the dugout.

Mourinho got booked for taking a look at Southampton's tactics 👀 pic.twitter.com/3yHJWJK80P

The Spurs boss received a yellow card for doing so, and, in typical Jose fashion, after the game he admitted he was being rude “but I was rude with an idiot.” Classy.

Best of the 2010’s: The Premier League awards for the past decade