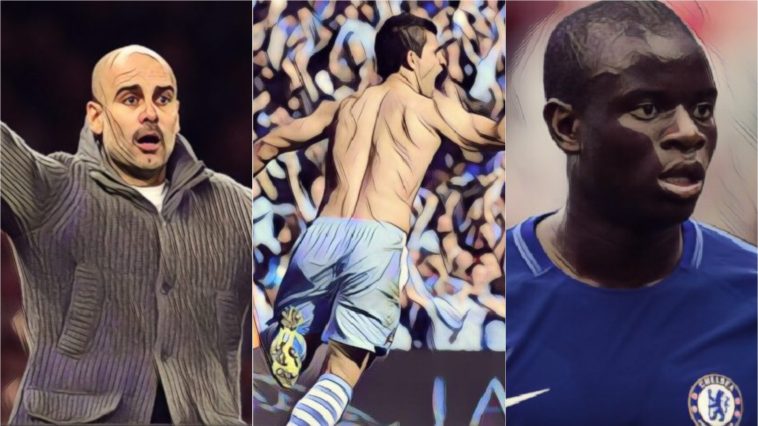 As the decade comes to a close, we give praise to the very best things about the Premier League in the 2010’s.

Moment of the Decade

It was hardly going to be anyone else, was it? Leicester City winning the Premier League title in 2016 was one of the most incredible moments in the history of the sport, never mind the past decade.

The Foxes’ amazing form in the first half of the season had people wondering whether they could mount a surprise title charge, but still many doubted they could even finish in the top four. That was until they defeated Man City 3-1 in February of the 2015/16 campaign, a game in which every neutral was cheering them on.

Inspired by the exceptional performances of N’Golo Kante, Riyad Mahrez and Jamie Vardy, from there the East Midlands outfit powered their way to a first ever league title, taking advantage of the complete collapse of reigning champions Chelsea. This moment blew every other out of the water, with only Sergio Aguero’s last second goal to win the title in 2012 coming anywhere close.

Player of the Decade

Speaking of whom, Sergio Aguero takes the coveted best player gong. The Argentine sharp shooter has been at Manchester City for almost the entire decade, in which time he has scored all the goals, made every defender look as resolute as wet cardboard, and smashed the record books to smithereens.

Remarkably, Aguero has scored against every Premier League team he has ever faced, except for Bolton Wanderers. Just about everyone has felt his wrath, with his ability to find the net unparalleled in the modern era – his 245 league goals for Man City are, by a wide margin, the most of any player in this decade.

Goal of the Decade

It was extremely difficult whittling down all of the spectacular goals that have been scored in the past ten years to just one, but arguably the most iconic of them all was Wayne Rooney’s bicycle kick for Manchester United against their cross town rivals in 2011.

Best of the 2010’s: Five of the best goals this decade

Match of the Decade

Few Premier League matches have been as exhilarating, absurd and consequential as Crystal Palace’s 3-3 draw with Liverpool in 2014. It had echoes of Newcastle United’s 4-3 defeat to Liverpool in 1996, in which the Magpie’s gung-ho style cost them the game, and their title hopes with it.

The Reds, still recovering from a devastating 2-0 home defeat to Chelsea the previous week, were now the ones chasing Man City, who led the league on goal difference. They pummelled the Eagles in the opening 55 minutes with scores from Joe Allen, Daniel Sturridge and Luis Suarez in the belief that, while it was unlikely City would slip up in the run-in, they could possibly make up the difference in goals.

Then, with 11 minutes remaining, centre-back Damien Delaney scored a pearler of a long-range strike to get one back. Two minutes later Dwight Gayle got another. Suddenly all the painful memories of the club’s previous failures came rushing back to the fan’s minds, perhaps even the players. Was this really happening?

Their worst fears came true when Gayle grabbed his second in the 88th minute, plunging the Merseysiders into complete and utter despair. The title was well and truly gone now. To make it worse, that infamous night was christened Crystanbul, recalling another notorious comeback involving Liverpool.

Read: Five of the biggest title collapses ever

Manager of the Decade

With revenues in the English top-flight reaching unprecedented levels in the past ten years, we have seen the greatest managers in the world arrive to take charge of the biggest clubs in the country. Pep Guardiola becoming Manchester City manager would have sounded preposterous once upon a time, but these are strange times we live in.

Since his arrival in 2016, the Catalan has scooped up every English trophy available to him, including the first ever domestic treble last season. Overseeing one of the most dominant club teams ever, he has an unmatched win percentage of 72.1%, as well as two Premier League titles.

It is fair to say that he has had a massive leg-up on the opposition with the spending power at his club’s disposal, but we have never seen someone make such an impact in so short a space of time and likely never will again.

Best of the 2010’s: Five managers with the highest points-per-game ratio

Transfer of the Decade

There were so many elements that contributed to Leicester City‘s title win in 2016, but there is one in particular that, if you took it away, would almost certainly have changed the course of that season: N’Golo Kante.

The diminutive Frenchman arrived from Ligue 1 outfit Caen for a reported €8m, which, when you look at his accomplishments since then, make this one of the biggest bargains of the Premier League era. During his maiden campaign in England he made a ridiculous amount of tackles, interceptions and ball recoveries, his energy at such a high level that many wondered if there were two of him out on the pitch.

The box-to-box midfielder subsequently moved to Chelsea the very next season, where he won another league title, making him the first player to win consecutive winners medals with different clubs since Eric Cantona in 1993. A release clause meant he joined the South West London outfit for around €35m, although we all know his true value is far higher.

Read: The five Premier League clubs that defined the decade