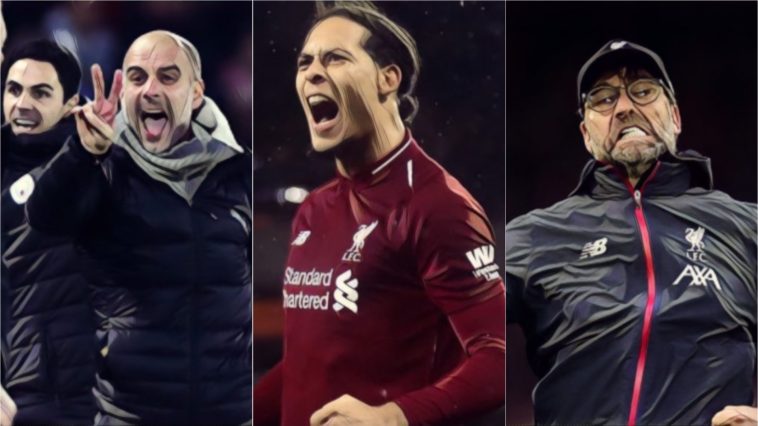 Rewarding the very best from the Premier League over the past calendar year with our annual awards.

Moment of the Year

“If you can keep your head when all about you
Are losing theirs… you’ll be a Man, my son!”

Pep Guardiola did not heed the words of Rudyard Kipling in November as his Manchester City side were losing 3-1 to Liverpool. In fact he decided he would be the one to get the ball rolling and lose his everloving mind over two potential hand balls not being called by the referee.

When someone asks how many weeks we have to wait until the return of the Premier League…😩 pic.twitter.com/hlqb72FRl4

Only two years ago Liverpool were considered an exciting yet deeply flawed team who were liable to concede tons of goals in any given match. Fast forward to today and they’re reliable, solid and one of the most consistent football teams in English football history.

The signing of Virgil van Dijk in 2018 made a huge contribution to that, and he had a monster year for the Reds in the centre of defence. Although the signings of goalkeeper Alisson and midfielder Fabinho have also made a big impact, the Dutchman stands head and shoulders above the rest.

Goal of the Year

There were some stunning goals scored this past year, but Vincent Kompany‘s bullet against Leicester City in the 2018/19 season beats the rest. The importance of the goal, virtually clinching a second successive title for Manchester City, makes it all the more impressive.

Manager of the Year

We have rarely seen a manager do as impressive a job as we have seen from Jurgen Klopp this past year. The Liverpool boss has dragged his team from seventh-placed nobodies to European champions in the space of four years, and is looking odds-on to guide them to a first Premier League title in 30 years.

That achievement would put him firmly on the Mount Rushmore of Reds managers. His charges have won 82 points of the last 84 available to them, which is an absolutely outrageous record. They have been practically unbeatable in 2019, and few would be betting against them to keep that up in 2020.

Transfer of the Year

It went a bit under the radar as he was on loan at the club last year, but Wolverhampton Wanderers’ paying £34m to Benfica for Raul Jimenez will be money well spent. The Mexican has already scored 34 goals in 75 appearances in all competitions for Wolves, and he could very well fire them back to Europe next season.