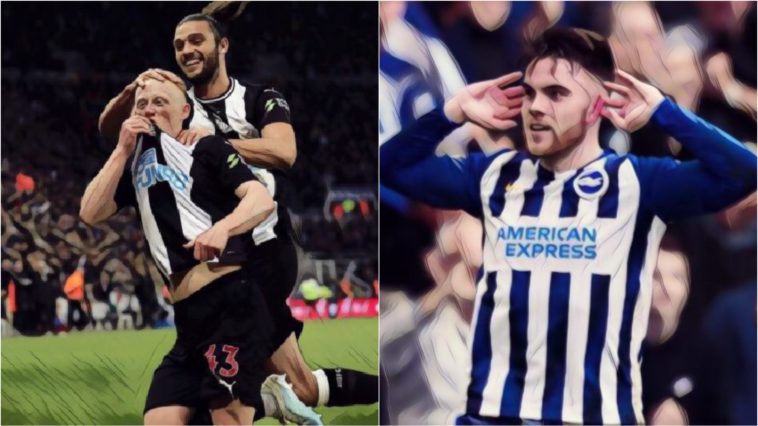 It’s time for the Premier League Weekly Awards, where The Football Faithful reward the very best, and worst, of England’s top-flight from the week gone by.

It’s a wonderful thing to score on debut, but to do it for your boyhood club that you’ve supported all your life, as a 19-year-old playing alongside your brother, against Manchester United… well, that’s just the stuff of dreams, isn’t it?

Matty Longstaff fulfilled that dream when he lined out for Newcastle United on Sunday evening, scoring a long range effort to give the Magpies a huge 1-0 win over the Red Devils.

What a moment for Matty Longstaff! The youngster gives Newcastle the lead on his Premier League debut, beating David De Gea from 20 yards!

Of his goal, the midfielder told Sky Sports: “It was hit and hope and rather than a placed shot but it’s in the back of the net. You can’t describe the feeling, running away to the fans, it was surreal … To get the goal in front of the Gallowgate, it’s that little bit special.”

Longstaff was the only 19-year-old to score on his full debut this past weekend, as Aaron Connolly scored twice for Brighton in their 3-0 win over Tottenham Hotspur.

The Irishman, who had played four games off the bench this season, put in a terrific display up front for the Seagulls, demonstrating a keen awareness inside the penalty box, as well as being able to shoot accurately from range.

#BrightonSpurs 19 year old Galwegian Aaron Connolly starts for Brighton and steals the show as man of the match with 2 goals against Spurs. pic.twitter.com/7sLAjOCOan

Connolly has enjoyed a meteoric rise this year, winning the PL2 Player of the Year award, being one of Ireland’s top performers for the U21s at the Toulon Tournament, and receiving a call-up to the senior squad immediately following his goalscoring exploits.

There were some tasty finishes among the five Aston Villa put past Norwich City on Saturday, but Douglas Luiz takes the biscuit after he put the ball top bins.

It’s the kind of goal you shouldn’t see happening, though: the Brazilian finds himself in plenty of space, so much that he can roll the ball around 3-4 yards in front of him around before unleashing a wicked shot without any defenders getting to him. Sort yourself out, Norwich.

A regista, he is not, but James Milner still conjured up this brilliant assist for Sadio Mane at the weekend nonetheless.

What an assist. What a finish. pic.twitter.com/QrfV2PXvjR

The Liverpool midfielder took out the entire Leicester City defence, giving the Senegalese forward the space to pounce.

Since Ole Gunnar Solskjaer was appointed as Manchester United boss, Liverpool have won the same number as Premier League matches (17) as United have won points.

We can argue about whether or not it was a penalty, but we can all agree it was completely avoidable, and that’s why Marc Albrighton deserves Howler of the Week.

The Leicester midfielder played a blinder against Newcastle last week, but messed up badly in the final minutes of the game at Anfield. Firstly, he takes the ball away from Kasper Schmeichel, who is about to safely collect it, before turning instead of just getting rid, losing it to Mane, and then finally fouling him inside the box.

How can VAR give that!!!!!!! pic.twitter.com/JtKxfhH3wb

Again, you might disagree with the referee’s decision, but it was absolutely brainless to do what he did when calm heads needed to see out the game.

The 1-0 defeat to Newcastle was just the latest in a long line of disasters for the most successful club in England. There is nobody at the club absolved from blame.