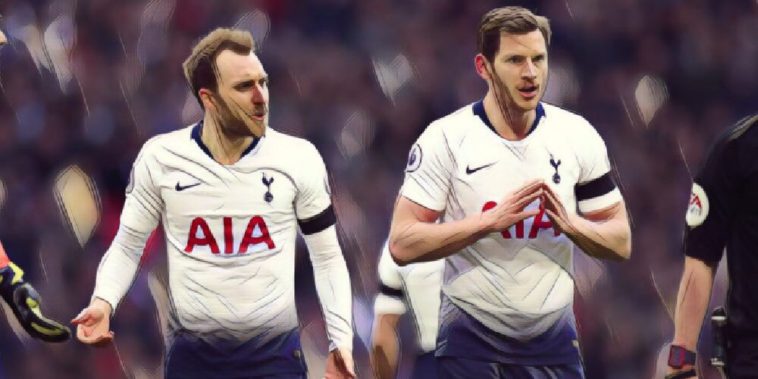 The rumour mill. A vital part of the footballing world and a place where even the most absurd speculation can soon be spoken about as if it were gospel truth.

We’ve decided to look back at some of football’s greatest ‘fake news’ stories, with five of the best football rumours that went viral:

Back in 2014, YouTube users were fooled by a fake video which seemed to announce that the North Korean football team had reached the World Cup final.

A seemingly legitimate YouTube clip uploaded by Korea News seemed to show a news anchor reporting that the side had reached the showpiece, where they would face Portugal for the chance to be named world champions.

The script told viewers that they had comfortably beaten rivals Japan, China and the USA, failing to concede a single goal in their march to the final. There was one sticking point, in that the real North Korean side had actually failed to qualify for the tournament in Russia.

The video proved to be a spoof, however, with eagle-eyed viewers noticing the presenter’s voice being out of sync with her words and language specialists revealing that the dialect was, in fact, incorrect.

North Korea were not trying to convince their nation they were footballing superpowers, but a good prank by YouTubers nonetheless.

The final signing of the Sir Alex Ferguson dynasty at Manchester United, hopes were high that the talented young forward could develop into a star following his move to Old Trafford from Crystal Palace.

Zaha’s United career would never ignite, however, as he made just four appearances under Ferguson’s successor David Moyes. Despite the Scot handing opportunities to prospects such as Adnan Januzaj, Zaha was left on the sidelines sparking rumours of a feud between the pair.

Cue wild speculation of why the precocious, talented teenager was struggling for minutes, with a popular rumour suggesting the winger was engaging in extracurricular activities with the manager’s daughter.

Zaha denied the reports he was sleeping with Moyes’ daughter, Lauren, and criticised the club for not shutting down the speculation following his permanent return to Crystal Palace in 2015.

The now Wales manager was taking his first steps into management three seasons ago, working as assistant to Louis van Gaal at former club Manchester United.

After taking his role on the coaching staff at Old Trafford, the former winger was linked with several managerial vacancies with one rumour gaining particular momentum in 2016.

After noticing Giggs’ absence alongside Van Gaal for a 3-0 win against Stoke City, leading bookmaker Betfair tweeted that the Welshman was set to be announced the successor to the under-fire Ronny Deila at Celtic.

The tweet sent social media into overdrive, with Manchester United and Celtic fans alike reacting to the news in a Twitter frenzy. There was, however, no truth in the move with Giggs absence from the dugout down to a family illness and Betfair admitting their tweet was simply a rumour.

Gavin Cooney of Balls.ie excellently dissected the rumour in detail to show how ‘Jorge Hernandez’ tricked the football world for a brief moment.

Five of the weirdest goals in Premier League history

We’ve all been fooled by rumours, but there’s nothing quite like when an established media outlet falls for the nonsense.

Someone at Sky Sports must have been left red-faced after falling for a brilliant fake signing announcement on Twitter, revealing that Scottish side Aberdeen had completed the signing of Turkish midfielder Yerdäs Selzavön.

It later came to the attention that the news came from a fake Twitter account (@AberdeennFC) and that the player in question’s name was in fact a tribute to a common Scottish insult – ‘Yer Da Sells Avon’.

The account reported a second signing, Algerian ‘Yilget Fukal’, who was signed later in the year, though Sky Sports were quick to check the credibility this time.

Jan Vertonghen does the dirty…

Complicated relationships between teammates are nothing new; the Andy Cole-Teddy Sheringham feud at Manchester United and John Terry’s dalliance with ‘friend’ and teammate Wayne Bridge’s missus being two of the most memorable of recent times.

The current unrest at Tottenham was attributed to a situation similar to that of Terry and Bridge this week, with defender Jan Vertonghen speculated to have been bedding the wife of teammate Christian Eriksen.

Rumour has it, Jan Vertonghen tried to shag Eriksen's wife, there was a big bust up, and Harry Kane landed him 😂😂😂 you love to see it pic.twitter.com/SrCR5CE5d9

Such was the detailed story behind the rumour that Harry Kane was believed to have waded in, gifting the Belgian a black eye for his wayward relations with Mrs Eriksen.

The rumours were quickly dispelled, the duo having been friends for several years having played together at Ajax before moving to North London, but not before the Twitter gossips caught wind and had their fun.