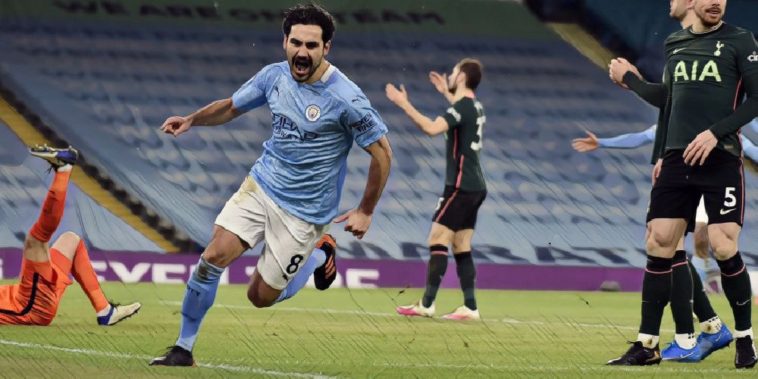 Getting your first win in 12 Premier League games is a relief, but doing it at Goodison, where your club has never won in the league ever, is a special moment.

What makes it even better is, Josh Maja scored a brace on his first Premier League start to give his new team Fulham a massive 2-0 win over Everton.

It doesn't get much better than that for Josh Maja! 👏 pic.twitter.com/aoKjJzbFG5

The longest winning runs in English domestic football: From the 19th century to the present day

The man of the moment, Ilkay Gundogan is in the form of his life. The German midfielder’s brace against Tottenham Hotspur brought him to 11 league goals for the season, the first time he has reached double digits in a single campaign.

🚀 @edersonmoraes93 with the homing missile assist! 🔥

He’s swiftly moving into Player of the Year territory.

Matt Lowton might have just scored the Goal of the Season for Burnley – and it’s his first goal in 119 Premier League appearances for the Clarets.

Assist of the Week

Every now and again Roberto Firmino pulls out an absolutely magic piece of skill like this.

Roberto Firmino with a contender for assist of the season 😍

Mo Salah's finish was top class too, what a beautiful goal for Liverpool! pic.twitter.com/wj0tLvFMH6

On 15 December West Brom’s Sam Johnstone stretches to make a magnificent save to his left late in the game to keep it 1-1 against Manchester City.

On 14 February West Brom’s Sam Johnstone stretches to make a magnificent save to his left late in the game to keep it 1-1 against Manchester United.

Where would the Baggies be without him?

Make that 16 for Manchester City.

Man City have won 15 games in a row since Cyberpunk 2077 was removed from the Playstation Store. Some bug that.

The longest winning runs in English domestic football, from the 19th century to the present day

Goalkeepers are fundamentally broken right now. That can be the only explanation for the recent spate of howlers by so many alleged shot stoppers.

Alisson Becker committed yet another wojous error to go with his two last week against Man City. The defender Ozan Kabak doesn’t deal with the situation well either, but an experienced goalie like Alisson should take command of the situation.

The victim on this occasion? Anthony Martial, who was on the receiving end of such abuse only last month. On this occasion the Frenchman was targeted following a listless display against West Brom.

“After the game, Martial was subjected to abuse on his Instagram account, with a number of users posting racist messages and symbols on his photos, and using the N-word,” Sky Sports reported on Sunday.

It’s beyond unacceptable and tiresome at this point. Instagram announced harsher penalties for accounts found to be partaking in such behaviour, but we’ll hold our breath on that one.

Read: Why Leicester’s Izzet-and-Heskey-inspired cup specialists are so beloved