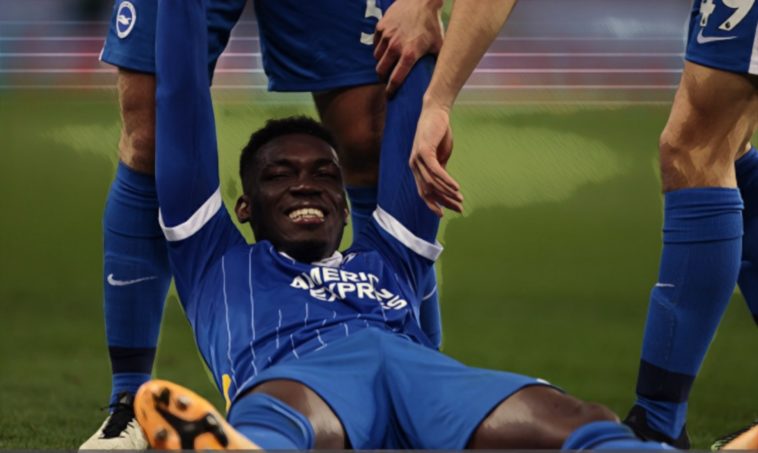 As Ole Gunnar Solskjaer looks towards next season as a more realistic chance of mounting a title challenge, he should have his eye on beefing up his midfield with Brighton’s Yves Bissouma. That may not sound like the blockbuster transfer to bring home the Premier League, but a scan of the recent past may tell us otherwise.

In June 2013, Manchester City completed the signing of Fernandinho from Shakhtar Donetsk, a physical and dynamic defensive midfielder, whose work at the base of Manuel Pellegrini’s midfield led them to the title in that season.

In the summer of 2016, Antonio Conte signed N’Golo Kante to his Chelsea team, in a season in which the Premier League ended up at Stamford Bridge. The French box-to-box midfielder picked up the PFA Player of the Year award, too.

In 2018 Fabinho signed for Liverpool from Monaco. The Brazilian’s impact in shielding Liverpool’s defence was a major contributing factor in their first league title in 30 years.

Therefore, an all-action midfield general is exactly what Manchester United need to bridge the gap to their city rivals.

Fred has grown in stature during his time at Old Trafford, after originally failing to impress. His energy is valued by Ole Gunnar Solskjaer, and he has become a regular in the side. But the Brazilian remains relatively easy to press and gets caught ahead of the ball too many times.

Scott McTominay has also impressed under the Norwegian manager but is more of a box-to-box midfielder and most of his best work happens in the opponent’s half. Nemanja Matić has never been first-choice and his long-term future is likely to be away from Old Trafford.

Man United need an elite midfielder to sit in front of the defence – and Bissouma fits the bill.

The Malian has been a stand-out performer in Graham Potter’s improving south-coast side and is attracting interest from some of Europe’s top clubs. Only Pierre Hojbjerg and Declan Rice have won more tackles than Bissouma this season. He also sits in the top ten in the league for successful pressures. He has stood out in recent performances against Tottenham Hotspur and Liverpool, as he continues to dominate games at the highest level.

Playing as the deepest midfielder in Potter’s system, Bissouma offers the pace and strength that is essential when operating in the middle of the pitch in the modern game. His dynamism and recovery pace means he sticks to opponents and is an expert in pushing oncoming attackers wide. He reads the game excellently, and has a license to push up and connect with the forward line in the Brighton press, with the security of Brighton’s back-three behind him. He has an impressive awareness in recovering loose balls and preventing transitions, his long legs and strength in physical duels make him difficult to bypass.

The technical ability and offensive impact of the former Lille man is also appreciated. Although he is not an adventurous passer, he is secure on the ball with an 88% pass completion rate in the league this season. Potter gives him the responsibility of collecting the ball from the central defenders and progressing it to the more creative midfielders, much like Rodri at Manchester City.

Bissouma’s main strength is carrying the ball; his burst of acceleration and spatial awareness make him press resistant and able to run through the opposition’s midfield. Only Solly March has completed more dribbles for Brighton this season. He handles the ball well in tight spaces and uses his body to protect it and break the lines.

“He’s got that quality (to play in the Champions League), he’s got those attributes that you need at that level,” explained Graham Potter following Bissouma’s FA Cup goal against Blackpool in January. “It is about him being consistent and he has made steps. But there is still more to do, more to come.”

The 24-year-old’s blend of physical presence and technical ability make him perfect for the high-tempo, pressing football that dominates the modern game. It is precisely those physical capacities that Manchester United miss in midfield.

With his peak years ahead of him, and Premier League experience under his belt, this summer is likely to be the window he makes his move. Arsenal, Liverpool, and Real Madrid have all been strongly linked. Brighton’s January acquisition of Moisés Caicedo, a younger player with a similar profile to Bissouma, suggests that the club are preparing for an imminent departure. Interestingly, Caicedo was linked with Manchester United during the last window.

Solskjaer’s side feel close. Just like Pellegrini, Conte, and Jürgen Klopp all realised, purchasing a dominant, powerful, and technical player in the most important area of the pitch can be the final piece to a winning jigsaw.

As Manchester United title chances slip away, Yves Bissouma could be the perfect man to take them all the way next time around.

See Also: The longest winning runs in English domestic football: From the 19th century to the present day