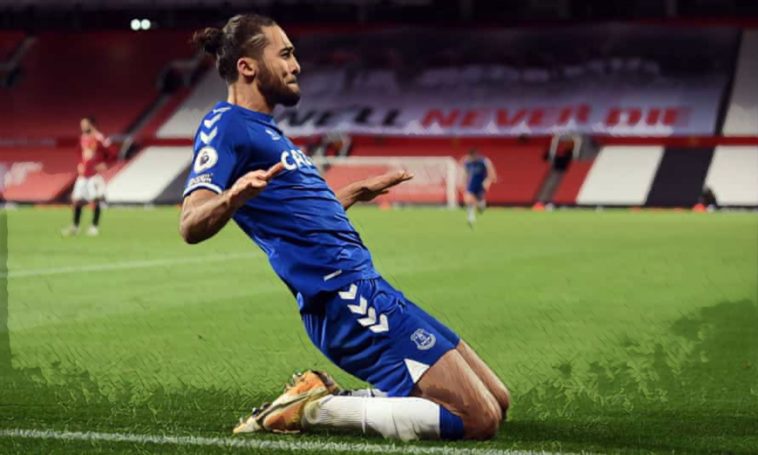 England has something of an embarrassment of riches in attacking areas at the moment, meaning it will be no easy task for Three Lions boss Gareth Southgate to select his squad for this summer’s European Championship.

We recently discussed just how difficult a task Southgate has when it comes to picking what creative talents he brings to the tournament and the form of several English forwards in the Premier League this season means the 50-year-old is set to suffer what managers refer to as a welcome headache.

In fact, six English strikers have scored ten or more goals already this season, so we decided to rate their chances of making it onto the train, coach or plane – wherever the Championships are played – for Euro 2020.

A dead cert for the squad, the only thing preventing Harry Kane from starring this summer is the Three Lions captain’s fitness. Kane has suffered a series of serious ankle injuries and he looks set to be that player who causes England fans to wince every time he needs the physio between now and June.

Spurs’ number 10 has started the season off in imperious fashion, scoring 13 and assisting 11 in 19 matches. His six goals in the 2018 World Cup won Kane the Golden Boot award – one of only two Englishmen to achieve the feat.

A repeat of the World Cup semi-final awaits England in the first game of the Euros and fitness permitting, the 27-year-old will be the first name on the team sheet against Croatia on 13th June.

Having started the 2020/21 campaign in fine form, Dominic Calvert-Lewin was called up to the senior England side for the first time during the October 2020 international break. Latching onto the end of a Jack Grealish cross during a friendly with Wales, DCL marked his first Three Lions appearance with a goal.

The Everton striker retained his place in the squad for the November internationals, backing up his debut goal with a calmly dispatched penalty against the Republic of Ireland. A designated follower of fashion off the pitch, Calvert-Lewin’s traditional ‘number nine’ qualities could present Southgate with a handy Plan B.

The Sheffield-born striker has taken his game to a whole new level this season and if Everton finish the season strongly and he adds to his 13 league goals, Calvert-Lewin looks to have a very strong chance of making the cut.

Leicester City legend Jamie Vardy was one of the only bright sparks in England’s tumultuous Euro 2016 campaign. An equaliser against Wales in the tournament’s group stage was one of seven goals the striker scored in a short but sweet international career.

Vardy was playing for Conference side Fleetwood Town when the man that gave him his England debut, Roy Hodgson, took charge of the side in 2012. A £1 million transfer to Leicester, a promotion and a Premier League title later, the Mohican donning marksman received his first ever England call-up at the tender age of 29.

Now 34 and still in the goals for the Foxes, Vardy has gone two years without an international appearance, after telling Southgate he didn’t want to be picked unless there was an injury crisis.

We’re unlikely to see the Leicester man at the Euros this summer, but given the congested fixture list and the rate at which players are getting injuries, it wouldn’t be a surprise if Gareth was forced to turn to Jamie once more.

Passed around Premier League and Championship clubs like one of your dad’s vintage sweaters, Patrick Bamford would’ve been forgiven for thinking his time in the big time was never going to come. But having been handed the trust of Marcelo Bielsa, the striker has reaped the rewards and is in the middle of his best ever top-flight scoring run.

Having played for the Republic of Ireland at youth level, Bamford has since switched allegiance and represented England at all youth levels from U18 to U21. Without a senior call-up, he recently stated his intentions to make England’s Euro 2020 squad, claiming it would be a “dream come true”.

Leeds’ number nine has shown himself to be a selfless and versatile player capable of creating his own space and finishing from the narrowest of angles this term. Bamford is also well accustomed to being the focal point of a pressing system and could offer Southgate’s attack a welcome touch of dynamism.

After suffering relegation at the end of the 2019/20 season, Callum Wilson was just one player to leave the south coast in a mass exodus of Bournemouth players. Wilson moved to Newcastle for £20 million and has since bagged a hugely impressive 10 goals in 20 matches for the Magpies.

Wilson has undoubtedly been one of the biggest success stories of last summer’s transfer window, almost single-handedly spearheading his side’s march towards Premier League survival.

The 28-year-old has made four senior international appearances but without a call-up since 2019, Wilson was already well behind the likes of Marcus Rashford and Danny Ings in the pecking order and the serious hamstring injury he suffered against Southampton seems to have put pay to any outside chance he had of making the squad.

Brentford’s decision to convert Ollie Watkins from exciting winger to prolific striker last season proved a masterstroke, the 25-year-old banging in 26 Championship goals as the Bees narrowly missed out on promotion. His meteoric rise through the English football pyramid has seen him go from playing non-league to Premier League in six years.

The former Exeter City man became the first Englishmen to score 10+ top-flight goals for Aston Villa in over a decade and still has half of his maiden campaign in the division to go.

There’s little the Aston Villa striker can’t do; capable of creating chances for teammates, winning aerial duels and causing havoc for defenders, Watkins’ physical attributes are equally matched with his impressive technical ability. Uncapped at any of England’s youth levels, Watkins is as raw as they come.

The prospect of him making his international debut in a tournament season are slender, but the £28 million man has proven that whatever level he plays at, he always produces the goods.

Southgate hasn’t been scared to experiment with his squad selections and if there’s one player with an outside shot of playing himself into the final 23, it is Ollie Watkins.