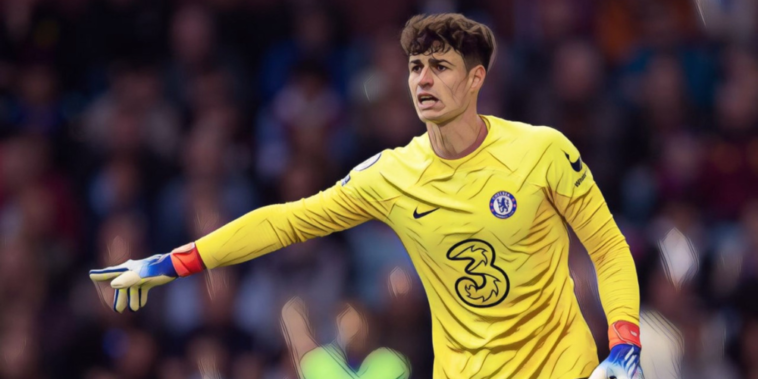 Good goalkeepers worth their wait in gold

It was a brilliant weekend for Premier League goalkeepers with no shortage of shot-stopping heroics across the division.

Jose Sa was the hero of Wolves’ win over Nottingham Forest, with the Portugal international making a late penalty save from Brennan Johnson to secure his side a 1-0 win. No goalkeeper has saved more penalties than Sa (2) in the Premier League this season and he did so at Molineux this weekend despite a fractured wrist.

David Raya also deserves a mention after a brilliant performance for Brentford, while Alisson was crucial at both ends as Liverpool beat Manchester City. The Brazil international was solid in goal and provided the assist for Mohamed Salah’s winner, as his long kick released the Egyptian on the counter.

Perhaps the best performance of all came at Villa Park however, as a resurgent Kepa Arrizabalaga was in fantastic form for Chelsea. The Spaniard made six saves in the first half alone, including a superb triple-save and a save of the season contender from Danny Ings.

Goalkeepers might not always get their fair share of the headlines, but a good goalkeeper can be the difference when it comes to the Premier League’s fine margins. Rarely has that been more evident than this weekend.

Mason Mount’s slow start to the season has flickered into life, with the Chelsea midfielder rediscovering his best form in recent weeks.

The 23-year-old failed to provide a single goal or assist across his first ten appearances of the campaign, but has since responded with five goal involvements in three fixtures.

Mount was excellent in the 2-0 win at Aston Villa, as he scored both goals to earn the west Londoners all three points. The midfielder capitalised on an awful mistake from Tyrone Mings for the opener, guiding home a composed finish on the volley following the defender’s misplaced header.

The England international then struck a second with a fantastic free-kick, with the dip deceiving Emiliano Martinez in the Villa goal. Gareth Southgate will no doubt have been pleased with Mount’s performance, as he finds his form ahead of next month’s World Cup.

Mount started five of England’s fixtures at Euro 2020, but was named on the bench for both games during September’s international break. Signs of his best football will be welcomed with Qatar fast approaching.

Rodgers and Gerrard in precarious positions

The pressures of Premier League football are always prevalent, but among the current contingent of coaches the pressure gauge is turned to its highest in the Midlands.

Already this season two managers have lost their jobs, with Brendan Rodgers and Steven Gerrard appearing the likeliest candidates to be next as Leicester and Aston Villa continue to struggle. The atmosphere at both clubs is of unrest after difficult starts to the season and time is running out for the duo to prove they are capable of a turnaround.

Brendan Rodgers is not paying much attention to the criticisms about him being Leicester City manager pic.twitter.com/QCRrRFaaHB

Leicester moved off the bottom of the division this weekend, but a goalless draw at home to Crystal Palace was hardly inspiring and Rodgers’ side have won just once in ten games. Circumstances are slightly improved at Villa, but the club’s worst start since their last relegation was not the beginning to the campaign most envisaged.

Gerrard called his team’s performance outstanding despite defeat to Chelsea this weekend. While his side’s showing was undoubtedly improved, it did little to lift the atmosphere at Villa Park with jeers from large sections of the crowd once again.

Villa face Fulham (A) and Brentford (H) in their next two and there’s little margin for error from Gerrard. Addressing the club’s home record is essential, with only Watford (12) and Norwich (9) having lost more Premier League home games than Villa (8) since his appointment last November.

Pep Guardiola is no stranger to tactical tweaks in big fixtures. When successful, it is another layer to his genius. When undone, however, it can leave many scratching their heads.

Guardiola’s selection caused surprise at Liverpool this weekend, with changes from his usual 4-3-3 shape. City started with Manuel Akanji, Ruben Dias and Nathan Ake as a back three, with Joao Cancelo operating high on the right and Phil Foden deeper than expected on the opposite flank.

Guardiola has won just once in eight attempts at Anfield, in the 2020/21 season when the game was staged without fans due to the Covid-19 pandemic and the Reds had Jordan Henderson and Fabinho stationed at centre-back.

If his tweaks this weekend were designed to make City more solid defensively, it failed. City dominated the ball, but were exposed on the counter-attack with Mohamed Salah – operating more centrally – dangerous throughout.

A brilliant save from Ederson denied Salah when one-against-one, before the Egyptian made no mistake after another breakaway saw him spin away from Cancelo.

City have been exceptional at times this season, but there are chinks in the armour that have been exposed on occasion. A first defeat of the season should provide Guardiola with food for thought.

Toney’s place on the plane should be assured

Ivan Toney returned home from his first England call-up with a sense of disappointment, having not been handed his debut during September’s international break.

For all the excitement that greeted his inclusion in Gareth Southgate’s side, the Nations League clashes with Italy and Germany passed without involvement. Toney has responded with three goals in three Premier League games since returning to club action, including both in the 2-0 win over Brighton on Friday.

It’s now eight for the season for Toney, who trails only Erling Haaland and Harry Kane for goals in the Premier League this season. His first goal against Brighton was exquisite, as he marked his 100th appearance for Brentford with a back-heeled flick to open the scoring.

The 26-year-old added a second with a penalty, as he maintained his 100% record (20/20) from the spot since signing for the Bees. That record has earned plenty of headlines, but Toney’s game is multi-faceted with power, pace and poise in abundance.

Toney is among a group of centre-forwards competing for a place in Qatar, though none of the rival contenders can boast the form of the Brentford star. He is a player who appears to remain ice-cool under pressure, the perfect mentality for a major international tournament.