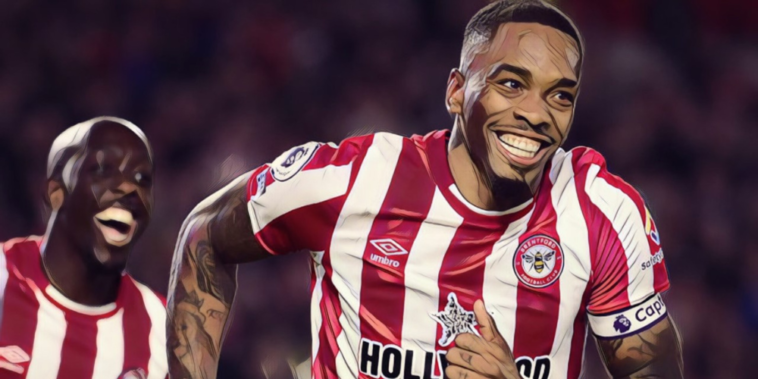 Manchester City’s unbeaten start to the season came to an end after losing at Liverpool, a result which saw Arsenal extend their lead at the top of the division.

There were wins for Tottenham and Chelsea who kept in touch with the top two, with the latter increasing the pressure on Steven Gerrard and Aston Villa. Elsewhere, Wolves earned a much-needed win in an all-Midlands six-pointer with Nottingham Forest.

It was a fantastic weekend for Premier League goalkeepers with no shortage of contenders for our number one position this week, a role which we have handed to Kepa Arrizabalaga.

The Spanish shot-stopper is enjoying a renaissance under new manager Graham Potter and was magnificent in Chelsea’s 2-0 win at Aston Villa.

He pulled off a brilliant triple save in the first half to protect Chelsea’s narrow lead, before another outstanding stop to deny Danny Ings from point-blank range. Having come close to leaving the club during the summer, Kepa might just have cemented his status as Chelsea’s number one.

Milner’s application in any role was again invaluable to Liverpool as the veteran was thrust in at right-back for a huge clash with Manchester City. Injuries elsewhere saw Milner return at right-back, the same position he struggled in up against Phil Foden at City at Anfield last season.

It was a different tale this time around as Milner used all his experience to keep Foden quiet, while he charged forward to whip in one dangerous delivery that Ederson did well to push away from danger.

What had been perceived as a potential weak-link down Liverpool’s right-hand side proved no such thing, with Milner – visibly exhausted at full-time after a serious shift – a major part of that.

Gomez was back in a central role this weekend and produced a performance that sent a statement to Jurgen Klopp.

The 25-year-old has struggled for a regular role at Liverpool with fitness issues in part to blame, but he was superb in a shut-down role of Erling Haaland at Anfield.

Gomez made six clearances, won four duels and was not dribbled past once, while he led his Liverpool teammates for touches and completed passes. After a difficult start to the season, Gomez has bounced back with impressive performances in consecutive games against Rangers and Manchester City.

⭐️Player of the Match is Joe Gomez

He will now hope to earn a more prominent place in Liverpool’s plans, having kept Haaland off the scoresheet for just the second time this season.

Virgil van Dijk was back to his best as Liverpool dug deep to secure a 1-0 win over Manchester City and end the champion’s unbeaten start to the Premier League season.

The Dutchman was a dominant presence both in the air and on the ground, as the Reds withstood long spells without the ball to seal a hard-fought win at Anfield.

Erling Haaland was reduced to a peripheral role as Van Dijk and Joe Gomez dealt with his threat, with the former taking command to win crucial headers. None were more important than a late clearance over his own crossbar on the stretch, as Haaland waited at the back post to score a certain equaliser.

Van Dijk has had his critics this season, but this was a return to his performances of old.

Davies brings balance to the Spurs side, with his ability to step across and cover the left flank allowing Antonio Conte’s wing-backs to operate high up the pitch.

The Wales international put in a quietly impressive performance in the 2-0 win over Everton, as he recorded a 94% pass accuracy, including 21/25 passes in the final third.

Davies was full of poise and was progressive in his use of the ball, while Everton found little success down the right as he defended diligently throughout.

Declan Rice is the heartbeat of this West Ham team and was at his influential best this weekend. The England international was central to his side’s best moments in the 1-1 draw at Southampton, as he drove forward in possession and moved the ball accurately and with purpose.

Rice is among the most influential box-to-box performers in the Premier League and was excellent at both ends of the pitch at St Mary’s, as he made eight ball recoveries and led the clash for passes and final third passes – completed at a huge 96% accuracy.

The 23-year-old got the goal his performance deserved to equalise for the Hammers, after some fine work down the left. Rice drove forward and exchanged passes with Said Benrahma, before he bent a brilliant finish into the far corner to earn West Ham a point.

Another impressive performance from Bentancur who was class and composure personified during Spurs’ 2-0 win over Everton.

The Uruguay international was regularly involved and used the ball intelligently as Spurs moved level on points with Manchester City, as goals from Harry Kane and Pierre-Emile Hojbjerg maintained the club’s best ever start to a Premier League campaign.

Bentancur was full of graft and guile at the base of the midfield and burst forward down the right to set up Hojbjerg’s clincher. The axis between the midfield duo has been the foundation on which Spurs’ success has been built upon this season.

Mason Mount continued his excellent recent form during Chelsea’s win at Aston Villa, with the England international the match-winner at Villa Park with a brilliant brace.

Mount opened the scoring after capitalising on Tyrone Mings’ mistake, as he latched onto the defender’s misplaced header and guided a composed finish past Emiliano Martinez. The 23-year-old – who had not scored this season before the weekend – then netted a second with a fantastic free-kick which dipped to deceive Martinez and double Chelsea’s lead.

Mason Mount has scored 2+ goals in a Premier League game for the third time in his career:

◎ vs. Southampton
◎ vs. Norwich
◉ vs. Aston Villa

It’s now five goal contributions in three games (2G and 3A) for Mount in all competitions and the midfielder appears to have found his form at the perfect time for both Graham Potter and Gareth Southgate.

Electric on occasion in a more central role for Liverpool, who used Salah’s pace and movement to trouble Manchester City’s backline. City dominated possession, but the speed of Salah in behind was a constant threat all afternoon.

The Egypt international – buoyed by a midweek hat-trick in the Champions League – was denied by a brilliant save after racing clear on goal, but made no mistake with his second clear-cut chance after he capitalised on Joao Cancelo’s error to score the deciding goal.

It was a superb moment from Salah, who spun the defender before placing a cool finish past Ederson.

Another excellent performance from a footballer who has found his feet in the Premier League this season, Solanke was full of selfless endeavour and end product in Bournemouth’s draw at Fulham.

It’s now five goal contributions in seven starts this season for Solanke, who scored one and created another in an entertaining 2-2 draw at Craven Cottage. Solanke opened the scoring inside two minutes after a brilliant exchange with Philip Billing and smart finish, before turning provider to tee up Jefferson Lerma’s well-struck second.

The 25-year-old’s all-round game is crucial to this Bournemouth side, who are six unbeaten in the Premier League – just one short of their all-time record in the top division.

Ivan Toney improved his chances of a World Cup place with both goals as Brentford beat Brighton to climb to eighth in the Premier League.

The Seagulls struggled to deal with the threat of Toney, who took his total to eight Premier League goals for the campaign with a match-winning brace.

Toney opened the scoring with a wonderful back-heeled flick from Frank Onyeka’s cross as he improvised intelligently to break the deadlock.

The 26-year-old scored a second from the spot to make it 55 goals in 100 appearances for Brentford, as he continued his record of having never missed a penalty for the Bees. It is a statistic that will no doubt be in the forefront of Gareth Southgate’s mind.