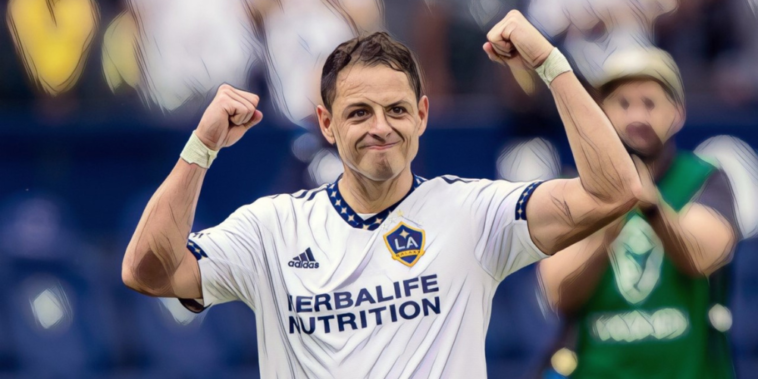 The highest-paid players in Major League Soccer have been revealed, with a number of familiar faces among the division’s top earners.

MLS has sought to raise the profile of the division with marquee imports from Europe across the past two decades and the current roster of talent in the league includes ex-Premier League stars in Gareth Bale and Javier Hernandez.

Bale is a surprising omission from the top 10 earners in MLS however, with the Welshman ranked 22nd for ‘guaranteed compensation’ for the season in figures released by the MLS’ players’ association.

Here are the top ten.

It’s fair to say the Premier League failed to see the best of Jozy Altidore.

Despite fine form in the Eredivisie at AZ Alkmaar, the United States forward scored just twice in 70 Premier League appearances for Hull and Sunderland. The latter swapped the striker for Jermain Defoe, in a trade that worked out for all parties.

Altidore scored 79 goals in 173 appearances for Toronto, before a move to New England Revolution failed to work out as hoped in 2022. He signed for Mexican side Puebla on loan for six months in July, but remains one of MLS’ top earners.

Atlanta United have had success with the recruitment of South American talent, with the likes of Miguel Almiron and Josef Martinez among those to have shone for the side their founding in 2014.

The club signed Luiz Araujo as a designated player in 2021, agreeing a deal with Lille for the Brazilian.

Luiz Araújo puts it away to the far post!

This one's level at 1-1. pic.twitter.com/wIJO9mGwTS

The 26-year-old scored six goals and provided five assists in all competitions during a disappointing campaign for Atlanta, who finished 11th in the Eastern Conference.

Alejandro Pozuelo swapped Toronto for Inter Miami mid-way through the 2022 campaign, with the Spanish midfielder taking home a salary of $4.6m during the campaign.

Hector Herrera departed European football to move to MLS in 2022, signing for Houston Dynamo after successful spells at Porto and Atletico Madrid.

The Mexican midfielder – who has won 100 caps for the national side – won league titles with both clubs, but has struggled to make an impact since moving to MLS. The 32-year-old made just ten league appearances for Houston, who came second-bottom of the Eastern Conference.

One of the biggest names in MLS, Gonzalo Higuain was a marquee addition as Inter Miami joined the league in 2020.

The Argentine forward had scored almost 300 goals in club football in Europe, including a 36-goal campaign for Napoli which equalled the record for Serie A goals in a season in 2015/16.

He scored 29 goals in 70 appearances for Inter Miami, but announced his retirement from football after the club’s play-off exit to New York City this week.

Douglas Costa joined Los Angeles Galaxy as a designated player in 2022, following in the footsteps of David Beckham, Steven Gerrard and Ashley Cole in representing the club.

Costa won 11 league titles during spells at Shakhtar Donetsk, Bayern Munich and Juventus, but has failed to make the desired impact since moving to California.

Another ex-Juventus name, Bernardeschi swapped Turin for Toronto in 2022. The move came as a surprise despite a bit-part role at Juventus, with Bernardeschi an Italy international at the peak of his career.

The 28-year-old has become a favourite since moving to Toronto, where he scored eight goals and provided two assists in 13 MLS appearances last season.

Toronto will hope the presence of Bernadeschi and compatriot Lorenzo Insigne can lead to an upturn in performances next season, with only DC United having posted a worse record across the regular season in 2022.

Federico Bernardeschi doubles the lead for Toronto with a fine curler to the far post. 🇮🇹 pic.twitter.com/NXpP4Uh7uZ

Javier Hernandez is the third-highest earner in MLS, with the former Manchester United and Real Madrid forward earning a salary of $7.4m.

Hernandez has scored 37 goals in just 65 league appearances since signing for LA Galaxy. The Mexican netted 18 goals during the 2022 campaign, a haul only three players could better.

Xherdan Shaqiri has made a positive impression at Chicago Fire since his arrival into MLS, with the Switzerland international joining from Lyon in February.

The €6.5 million ($7.5 million) deal made Shaqiri Chicago’s record signing and he responded with a productive debut season that delivered seven goals and six assists.

Chicago missed out on the play-offs in 2022, but will hope the presence of Shaqiri – who has won the Champions League with both Bayern Munich and Liverpool – can inspire an upturn next season.

Lorenzo Insigne is the highest-paid player in MLS with his $14m salary almost double the figure brought in by Shaqiri.

Insigne had spent his entire career at Napoli and scored 122 goals in 424 appearances for the club, before deciding on a new challenge at Toronto.

Lorenzo Insigne with his first MLS goal! 💥@TorontoFC double their lead on the road. pic.twitter.com/DHLxuGWSEu

The 31-year-old – who formed part of Italy’s Euro 2020 winning squad – scored six goals in 11 league games after making the switch to MLS in July.