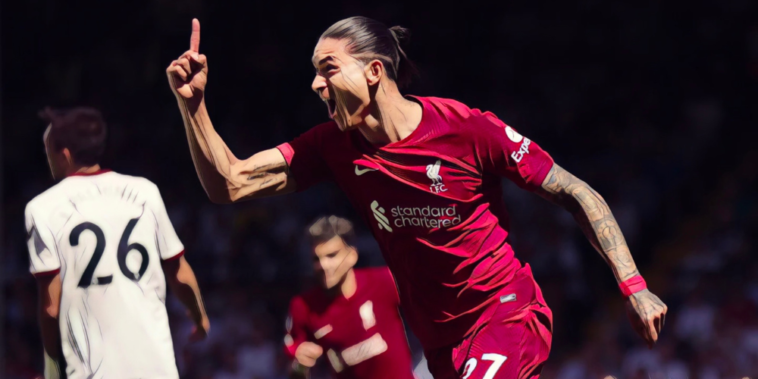 Following the opening round of Premier League action we look at five things we learned from the weekend fixtures.

Haaland a dream for De Bruyne

One of the best passers in world football now has one of Europe’s elite finishers as a teammate, with the combination of Kevin De Bruyne and Erling Haaland one that will put fear into Premier League rivals.

Manchester City’s win at West Ham gave us a first glimpse of their potent partnership, as a perfectly-weighted pass from De Bruyne set Haaland away for his second goal of the afternoon.

De Bruyne is an elite creator and climbed to joint-eighth in the Premier League’s all-time assist charts this weekend (86), with Steven Gerrard (92) next in his sights.

The Belgium international’s assist-per-game ratio is superior to any name in the top 10 and De Bruyne will be confident of climbing those ranks even faster now he is providing ammunition to a forward of Haaland’s calibre.

Haaland has bagged a brace on his Premier League debut! 2️⃣

That ball from De Bruyne though… 🤤 pic.twitter.com/jsYLXj9qgQ

The Norwegian’s electric pace and intelligent movement are a dream for De Bruyne, who will no doubt have ambitions of beating the Premier League’s single season assist record, one he currently shares with Thierry Henry (20).

Nunez shines as Firmino fails to take his chance

Jurgen Klopp was full of praise for Roberto Firmino this week, shutting down speculation that the forward could be sold amid reported interest from Juventus.

Firmino’s place in the side is under greater threat than ever before, following the £64m arrival of Darwin Nunez from Benfica. Having seen his role reduced last season, the signing of Nunez has pushed Firmino further down the pecking order, though he was handed a start for the opening weekend clash at Fulham.

The Brazilian failed to make an impact in a game spent largely on the periphery, while the impact of Nunez off the bench could not have been more in contrast. The Uruguayan helped change the came after being introduced at Craven Cottage, adding a different dimension to the Reds forward line with his muscular frame and willingness to make himself a nuisance.

This link-up is gonna be trouble 🔥 pic.twitter.com/1WP1EenxC1

There are elements to Nunez’s game that no doubt need refining, but his mere presence unsettled Fulham. A goal and assist in 39 minutes of action were reward for his work and Klopp will be under pressure to throw him in from the start against Crystal Palace next Monday.

It’s change at Liverpool this season, but Nunez has swiftly shown the value of a traditional number nine.

Callum Wilson outlined his ambition to gatecrash Gareth Southgate’s World Cup squad, with the forward on the scoresheet as Newcastle began the season with a win over Nottingham Forest.

Injuries reduced his impact last season for the Magpies, but after scoring on the opening weekend for the third consecutive campaign is targeting a return to the Three Lions’ squad.

“I back myself, I want to go the World Cup so it’s about hitting the ground running. I’m disappointed I didn’t score more to be honest. It’s about getting that consistency now and helping the team climb the league,” Wilson said, as per the Chronicle.

Wilson has one goal in four caps for England, but will be hoping to challenge the likes of Tammy Abraham, Dominic Calvert-Lewin and Ollie Watkins for the position as Harry Kane’s deputy with the national side.

Another name hoping for recognition is James Maddison, who continues to be overlooked despite an excellent period at Leicester. Despite speculation linking the midfielder with a move to Newcastle, he responded with a fine performance on the opening weekend and provided an assist for Timothy Castagne.

He was involved in 11 of the Foxes' 14 shots. 🦊 pic.twitter.com/TbYgErudI4

Maddison scored 18 goals in all competitions last season and has been directly involved in eight goals across his last five Premier League appearances. Competition is fierce for a place among England’s creative cast, but the 25-year-old’s numbers are difficult for Southgate to overlook.

It was a mixed bag of results for the promoted sides this weekend, with a win, draw and loss for the division’s three new teams.

Bournemouth began the season as relegation favourites before a ball had been kicked, but Scott Parker’s side sprang a surprise in beating Aston Villa on the opening weekend.

The visitors had been tipped for a strong season, but were second best at the Vitality Stadium as goals from Jefferson Lerma and Kieffer Moore earned the Cherries and opening 2-0 win.

The quickest goal scored by a newly promoted team on gameweek one in Premier League history 🏅 pic.twitter.com/gEYufYOAuQ

Fulham will also be pleased with their Premier League return, after an entertaining 2-2 draw with Liverpool at Craven Cottage. Marco Silva’s side will have been disappointed to take only a point, an indication of their performance against last season’s Champions League finalists.

Aleksandar Mitrovic was the outstanding performer for Fulham, scoring both goals and producing a brilliant centre-forward performance.

There is work to do for Nottingham Forest however, whose first Premier League game in 23 years ended in a 2-0 defeat at Newcastle. Steve Cooper included six new signings in his starting XI and there looks likely to be a period of bedding in at Forest after mass changes at the City Ground this summer.

Ensuring that Forest are not left playing catch up will be of optimum importance for Cooper and his coaching team.

Arsenal and Tottenham each started the season with impressive wins, building on the optimism of last season to begin the campaign in positive fashion.

For Arsenal, a trip to face Crystal Palace in the Premier League’s curtain-raiser represented an acid test, having been well-beaten when opening the season in a Friday night fixture at Brentford in 2021/22.

Mikel Arteta’s side passed the examination with a confident performance, one which saw William Saliba shine at centre-back on his long-awaited debut for the club.

Causing havoc on the wing ⚡

Elsewhere summer signings Gabriel Jesus and Oleksandr Zinchenko made immediate impacts and Arteta will hope his side can build some early momentum in the race for Champions League football.

Spurs are expected to be among their closest competitors and are the early pacesetters after a 4-1 thrashing of Southampton. Antonio Conte’s team came from behind to win in north London, while their four goals were scored without either Harry Kane or Son Heung-Min on the scoresheet.

Last season’s holding of their nerve to secure a top four finish began to put an end to the ‘Spursy’ jibes, with a comeback win on the opening day adding further to that narrative.