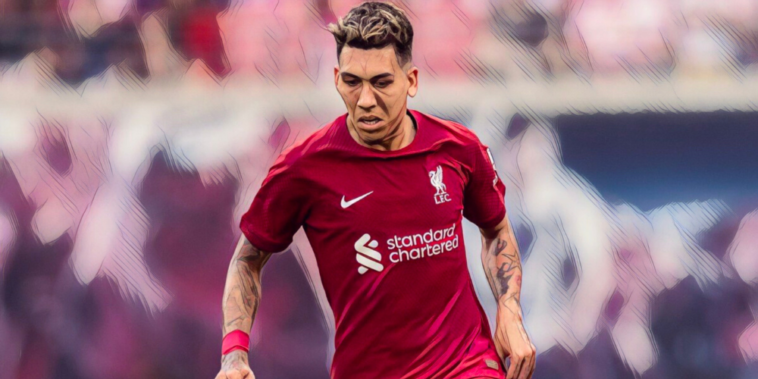 Jurgen Klopp insists Roberto Firmino is ‘crucial’ to Liverpool despite speculation linking the forward with an exit.

Firmino has entered the final 12 months of his deal with the Reds and reports in Italy have this week credited Juventus with an having an interest in signing the Brazil international this summer.

The 30-year-old was restricted to just ten league starts last season and faces increased competition for a first-team place following the arrival of Darwin Nunez from Benfica, though Klopp has dismissed speculation that Firmino could leave and says the forward remains a crucial part of his plans.

“Bobby is crucial for us, the heart and soul of this team, the way we played in the last years was only possible because of Bobby,” Klopp said at a press conference ahead of the Community Shield. “That’s why I’m really happy he was able to train for the majority of the time here in pre-season so far.

“Everything looks really good so I am absolutely fine. There is no doubt about Bobby’s quality. All the rest we will see how this year goes but he is essential for us.”

Klopp also provided an update on his squad ahead of the Community Shield clash with Manchester City, confirming that Alisson and Diogo Jota would both miss the game through injury.

Neither are fit enough to feature in the season’s curtain-raiser at the King Power Stadium, though Klopp expects Alisson to return in time for the Reds’ Premier League opener at Fulham next weekend.

“Alisson and Diogo have no chance [for Saturday]. Ali trained today more than the day before so he will be definitely available for Fulham, but not for the weekend. And the same for Diogo. Diogo was not here with us [in a pre-season training camp in Austria] so how could he play a football game? That will take a while unfortunately.”