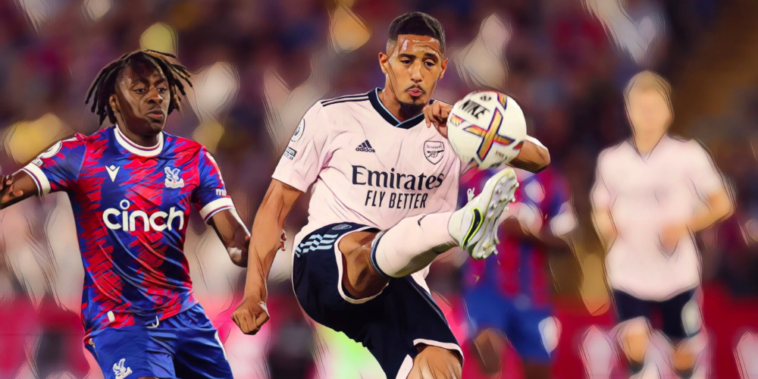 Following the opening weekend of Premier League football, we pick out some of the heroes and villains from the best and worst of the weekend fixtures.

Relentless, ruthless and still getting better.

Erling Haaland’s devastating debut double announced his arrival into the Premier League, with the Norwegian the match-winner as Manchester City won 2-0 at West Ham.

Haaland’s intelligent movement and explosive acceleration led to both goals at the London Stadium, first latching onto Ilkay Gundogan’s threaded pass to win – and then confidently convert – a penalty.

The 22-year-old’s electric pace was evident again as Kevin De Bruyne found a pass in behind, one which Haaland powered onto before keeping his cool to roll home a second.

Criticism of his Community Shield performance was premature and talk of an adjustment period perhaps represented wishful thinking from Premier League rivals. Haaland will score goals this season, and lots of them. The only question mark is exactly how many.

As Kenny Tete hung up a cross towards the far post there was a sense of inevitability when Aleksandar Mitrovic rose to crash home his header.

The Serbian bullied Trent Alexander-Arnold to open the scoring and, while more physical players than Alexander-Arnold will be outmuscled by Mitrovic this season, there was a consensus that the England right-back really should have done more.

It was coming! ⚽️

Aleksandar Mitrović climbs over the top of Trent Alexander-Arnold to power his header home! 🎯

That moment was the lowlight of a difficult afternoon for Alexander-Arnold and Liverpool, who opened the campaign with dropped points.

The 23-year-old was unable to find his usual passing range and was loose in possession, giving the ball away repeatedly in west London.

Newcastle had no shortage of stand-out performers this weekend with the Magpies producing an impressive performance to beat Nottingham Forest at St James’ Park.

Bruno Guimaraes continues to impress at the centre of Eddie Howe’s side, with the midfielder and compatriot Joelinton proving to be a brilliant pairing in the Newcastle engine room.

Already a firm fans’ favourite at Newcastle, he could soon be viewed as the signing who truly kick-started the club’s Saudi-funded era.

Roy Keane and Paul Scholes were among the names to criticise Manchester United’s midfield once again this weekend, as the club’s decline was demonstrated with a disappointing home defeat to Brighton.

The club’s abject performance was compounded in midfield as the Red Devils struggled to get a grip on the game, with McTominay particularly poor in the engine room.

The Scotland international was slow in possession, overran the ball and recorded a pass accuracy of just 67.9%. Such was his lack of impact, he completed just 19 passes in 78 minutes on the pitch – less than managed by goalkeeper David de Gea.

This was another clear example of United’s midfield malaise and reinforcements are required if Erik ten Hag is to hold any hope of a top four finish.

From the early evidence of a 2-2 draw with Liverpool on the opening weekend, Fulham have a fighting chance of ending their yo-yo existence.

The Cottagers took the game to their opponents from the first whistle, demonstrating a bravery in and out of possession to hassle and press the Reds into mistakes.

Silva has been given limited funding so far this summer, but the addition of João Palhinha looks a shrewd one after an impressive debut from the Portuguese midfielder. Silva has constructed his side around the talents of Aleksandar Mitrovic and has been rewarded for doing so, with the forward beginning the campaign with a brilliant brace to earn his side a point.

Marco Silva praises the way his Fulham side were able to match Liverpool's intensity throughout the game as the sides drew 2-2 in the Premier League opening weekend. pic.twitter.com/WkzOKknqpj

There’s reason for optimism at Fulham this season and Silva will hope to show mistakes have been learned from the past. His calls for further funds – another central defender is on his wishlist – should not fall on deaf ears.

Is Steven Gerrard under pressure?

After a poor finish to last season, Aston Villa endured a nightmare start to the new season with a 2-0 defeat at Bournemouth.

Villa were second best across the opening exchanges against Bournemouth and Gerrard’s decision to name last season’s leading scorer, Ollie Watkins, on the bench caused surprise.

After nine months in charge and a full pre-season to work with the group, Villa appear no closer to finding a clear identity or style under the former Liverpool captain, who faces a defining period in his early reign.

Steven Gerrard's win percentage at Aston Villa (35%) is the same as Gary Neville's at Valencia 😬 pic.twitter.com/No6m7n0GIB

Gerrard will need – and demand – more from Philippe Coutinho, with the marquee arrival producing a poor performance on the opening weekend.

William Saliba will face tougher tests than the one he faced at Crystal Palace this weekend, but there is reason to be excited in north London.

Arsenal fans have waited three years for a first glimpse of the centre-back in the club’s colours, with Saliba spending the past three seasons developing on loan spells in France.

Our Man of the Match tonight? 🏆

Handed his senior debut on Friday evening, the centre-back responded with a man-of-the-match performance at Selhurst Park. The 21-year-old completed 94% of his passes at Palace and won 100% of his aerial duels, alongside making seven ball recoveries and six clearances.

Calm, composed and commanding, Saliba will have been well worth the wait for the Gunners if he can maintain the standard set on the opening weekend.

Jesse Lingard’s decision to sign for Nottingham Forest has been met with criticism from some sections, with the England midfielder turning down West Ham to join the newly-promoted side.

Forest returned to the Premier League after a 23-year absence this weekend and endured a difficult opening fixture, as a dominant Newcastle demonstrated the gap between the top tier and Championship.

Steve Cooper and Forest will be expecting more from Lingard than what he produced in a disappointing debut at St James’ Park, with the 29-year-old ineffective for the visitors.

A debut to forget 😬 pic.twitter.com/DXVFGfmIoi

Lingard did not win single duel (0/7), did not complete any dribbles (0/1) and did not make a single successful tackle (0/1) across his first 90 minutes in Forest colours.