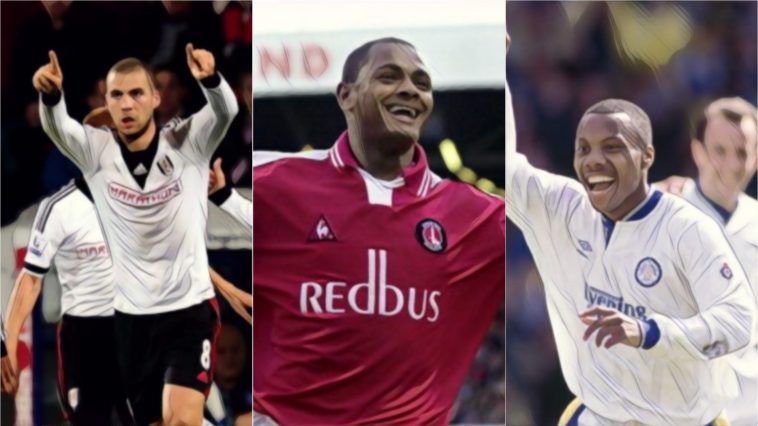 So it’s only natural that some of them are long forgotten by now, such is the breadth of brilliant scores over that period and the permeability of human memory.

It’s only right, then, that we remember some of the more underrated and unappreciated goals from the past thirty years of the English top flight. The ones that somehow slipped under the radar, the ones that were celebrated at the time but for some reason left no lasting legacy, and the ones still collecting dust on a VHS tape somewhere in the attic.

As with any list of this nature, the ones included are always ‘wrong’, so to speak. One reader may think of five other goals that warrant much needed attention, another may come up with ten different ones altogether. Let us know if any come to mind, and we can all share the joy in reminiscing on some disremembered classics.

Five of the most underrated Premier League goals of all time:

Only two Chelsea players have ever scored a brace on their home Premier League debut for the club: Gonzalo Higuain and Mario Stanic. The former can lay claim to a greater overall career, but he can never claim to have scored a goal of such piss-taking proportions as the Bosnian did against West Ham during his first appearance at Stamford Bridge.

Due to recurring injuries Steven Reid’s career never took off in the way it should have, but he did at least score one of the most stunning missiles in Premier League history. It’s a good thing no one got in the way because the ball would have knocked someone’s lights out if they had been.

This one needs no introduction…

A Charlton hero who scored a few important goals for the London outfit, Shaun Bartlett’s finest moment in a red jersey came against Leicester City in 2001 when he volleyed the ball through the soul of goalkeeper Simon Royce. It’s very reminiscent of Robin van Persie’s famous strike for Manchester United against Aston Villa, and might even be better.

This strike actually won the BBC Goal of the Season award in 2001, but it’s been seemingly lost in the sands of time, failing to turn up on highlight reels of the best Premier League goals from down the years.

There are volleys – and then there are *these* volleys 😱

Look, any goal that summons the spirit of Marco van Basten deserves to be right up on the mantelpiece of Premier League goals. Which is why former Fulham man Pajtim Kasami should be given more recognition for one of the most technically awe-inspiring goals of the past thirty years.

Chesting down a long ball, the Swiss midfielder decides to hit it first time on the volley across himself and into the far corner of the Crystal Palace net. And on his weaker foot. Bloody hell. Somehow it didn’t win Goal of the Season that year and neither did it make it into the BBC’s top ten Premier League goals, but it’s surely up there.

Having said all that, Steve Sidwell’s stunning strike from that night has been virtually airbrushed out of history, so perhaps he should be on this list instead.

Surely the greatest Premier League goal that no one talks about. In 1994 Rod Wallace picked up the ball deep in his own half and just started running. At one point he’s penned in by two Spurs players on the wing near the halfway line, yet somehow magics a way past them.

If you do one thing today, make sure you watch this… 🙌@LUFC's Rodney Wallace with the #GoalOfTheDay pic.twitter.com/Z41CYRYwva

As Wallace entered the final third, no one seemed prepared to close him, so the Leeds United forward kept dribbling with the ball until he reached the box, steps inside and fires a wonderful strike into the far corner.

This goal deserves so much more respect than it gets. We should be kneeling at the altar of Rod Wallace for bringing this golazo into our lives. Praise be!