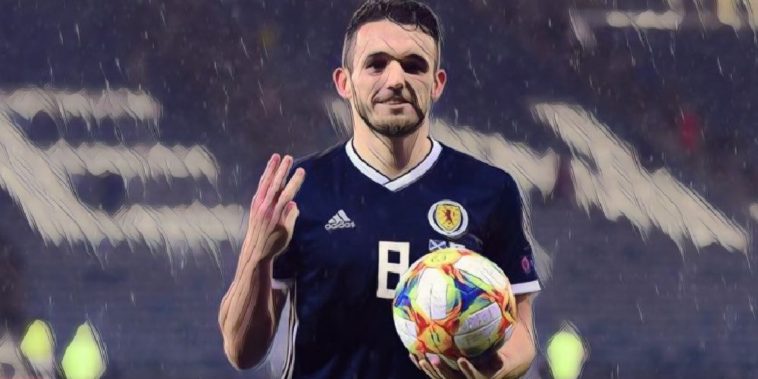 The international break is often much-maligned by Premier League fans, with lopsided contests common in the often tedious journey towards qualification or absence from the next major tournament.

If you’re missing The Football Faithful‘s weekly Premier League content then fear not, as we’ve decided to bring you one of our regular weekly features with a slight international twist.

Here, in a 3-5-2 formation, is our Team of the Week  from the international break:

Denmark’s hopes of reaching Euro 2020 remain well and truly alive, thanks in large part to a stunning performance from the Leicester goalkeeper in their 1-0 win over Switzerland.

Schmeichel was in inspired form to stop the Swiss, producing a series of stunning stops which provided the platform for Yussef Poulsen’s winner. A second successive clean sheet was kept as Denmark secured back-to-back wins with a thrashing of Luxembourg on Tuesday night, with the Danes now level on points with group leaders Ireland having played a game fewer.

Belgium’s place at next summer’s tournament is now assured, and Roberto Martinez’s side will start amongst the favourites following a perfect qualification campaign so far, one which has seen them score 30 goals and concede just once.

Their passage was secured courtesy of a 9-0 thumping of San Marino and 2-0 win in Kazakhstan, Alderweireld forming part of the backline which secured successive clean sheets.

The Spurs defender also helped himself to a goal in the thrashing of minnows San Marino, his second of the qualification campaign after also netting in the win over Scotland last month.

Read: The underperforming Premier League XI of the season so far

Poland’s impressive qualification continued this week, bagging back-to-back wins during the break to secure their place at next summer’s finals, where they will be hoping to improve on their best-ever finish in 2016 in which they reached the quarters.

Bayern Munich’s Robert Lewandowski is the nation’s undoubted star, but their success has been built on a staunch rearguard which has conceded just twice in eight qualifying fixtures so far.

Central to that has been Southampton’s Jan Bednarek, who formed part of the side which shut-out Latvia and North Macedonia during the international break.

England’s dismal performance in the defeat to the Czech Republic prompted a number of changes from boss Gareth Southgate, who thrust Aston Villa’s Mings in for his international debut for the trip to Bulgaria.

Whilst the 26-year-old was hardly tested during the resounding win, the powerful defender looked at home in the heart of the defence and did his prospects no harm with a confident display.

Furthermore, Mings dealt admirably with the sickening racial abuse directed towards him by the home ‘fans’, in a sad state of affairs in Sofia that must now surely be dealt with properly by the authorities.

No player should have to deal with such scenes, not least on their international debut, and Mings should be proud of how he handled himself both on and off the pitch.

Scotland’s hopes of securing automatic qualification to a first finals in over two decades are over after an indifferent campaign which currently has them languishing fourth in Group I, behind a Cyprus side which has never qualified for a major tournament.

Steve Clarke’s side still have the chance to secure qualification via the play-offs courtesy of their Nations League success a year ago – a complicated route to explain but one which offers the Tartan Army a second bite at the cherry.

If Scotland are going to secure their passage they will need Aston Villa‘s John McGinn to continue his recent form, the 24-year-old having shone since the club’s promotion to the Premier League.

McGinn built on his strong start to the new season in the international break, scoring his first hat-trick for his country with a treble in their 6-0 thrashing of San Marino. One of the few players Scotland possess with genuine top-level quality, he will be influential to their hopes of ending their tournament heartache.

1952 – John McGinn has become the first player to score a first-half hat-trick for Scotland since Lawrie Reilly against USA in a friendly in April 1952, 67 years and 166 days ago. Gap. pic.twitter.com/DUBQGjRzA0

Traditional powerhouses Germany are currently a side in transition, though they moved a step closer to securing their place at Euro 2020 with a comfortable 3-0 win in Estonia.

Manchester City midfielder Gundogan would be the architect behind the victory, scoring twice as Germany moved level on points with group leaders, The Netherlands.

Such was his influence on the win, his 180 touches were a German record since the beginning of detailed data collection.

The Liverpool midfielder has been as key to anyone to the Netherland’s recent renaissance, where he is often utilised in a more advanced position under the guidance of manager Ronald Koeman.

Wijnaldum netted a brace during his country’s win 2-1 over Belarus on Sunday, a second win of the break for the Oranje who now top Group C and look well placed to reach a first major finals since the 2014 World Cup.

The 28-year-old’s double made it five goals for the campaign for Wijnaldum, who heads into this weekend’s crunch clash with rivals Manchester United as a man in form.

Gini Wijnaldum puts one right in the top corner against Belarus!

England may have suffered a first qualifying defeat in 10 years against the Czech Republic, but bounced back with an emphatic win in difficult circumstances in Bulgaria.

Having long been criticised for his lack of productivity with the national side, it’s now eight goals this calendar year in an England shirt for the Manchester City star following his brace in an electric performance in Sofia, whilst he also provided an assist for Ross Barkley.

Like in Montenegro back in March, Sterling was once again a target for racist taunts, the winger has emerged as a leader in the bid to combat racial discrimination – leading with his performance on the pitch and his voice off it.

The Chelsea youngster linked up with Aidy Boothroyd’s England U21 squad for the international break, as he steps up his rehabilitation from a long-term Achilles injury.

Making his first competitive appearance at that level, the 18-year-old quickly showed he was a level above and demonstrated why he was fast-tracked into the senior set-up earlier this year.

Hudson-Odoi scored twice as England thrashed group leaders Austria 5-1 to move above their opponents in qualification for Euro 2021, first volleying home before curling in a delightful second after carrying the ball from inside his own.

Likely to receive increased minutes under Frank Lampard at Chelsea in the coming months, he’s likely to be back in the senior side sooner rather than later.

Struggling for game time at Chelsea so far this season, Olivier Giroud responded by playing an influential role in two key fixtures for world champions France during the international break.

The veteran forward would score the winner from the penalty spot in a crunch clash in Iceland, before again scoring as France secured a 1-1 draw with group leaders Turkey.

Having started just once in the league so far, Giroud will hope his impressive performances on international duty can persuade Frank Lampard to hand him an opportunity at Stamford Bridge.

Another Premier League star struggling for minutes so far this season, Everton forward Tosun has played just 35 minutes for Marco Silva’s struggling side in the opening weeks of the campaign.

Despite his lack of playing time he remains crucial to Turkey’s prospects, his last-minute winner against Albania and a draw with France all but assuring their place at next summer’s finals.

It’s now five goals in just five starts for Tosun during the qualifying campaign, and with Everton struggling to find the net and in the Premier League’s bottom three, the 28-year-old will be hoping to be given his chance.

See Also: From Sven’s lowest moment to the wally with a brolly, England’s worst qualifier defeats in recent history