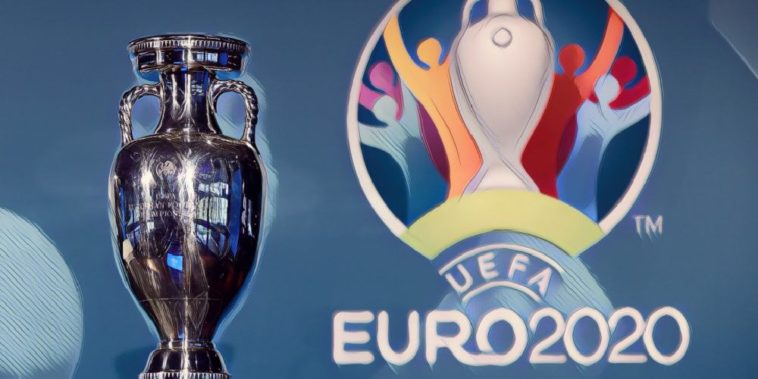 Qualification for the 2020 European Championships will heat up during the forthcoming international break, with the likes of Spain, Italy, Belgium and England all capable of sealing their place at next summer’s tournament in the upcoming fixtures.

Outsiders such as Russia and Ukraine are also capable of securing qualification should results go their way, but who are the favourites to succeed holders Portugal when the tournament starts proper?

Few teams can boast as consistent a record as Germany in reaching the latter stages of major tournaments, with the nation having made at least the semi-final stage for six successive competitions prior to their humiliating group-stage exit at the 2018 World Cup and disappointing Nations League campaign.

The Germans are currently in the midst of a transitional period, having seen stalwarts such as Mats Hummels, Jerome Boateng and Thomas Muller fazed out of the international picture.

Joachim Low’s inexperienced squad still have some work to do to reach the finals, though they currently sit joint top of a competitive Group C ahead of their October fixtures against Estonia and Belarus, though they will be favourites to finish top and secure their place next summer.

Currently, in their next cycle of emerging talent, the Germans are outsiders to lift the trophy, though write Die Mannschaft off at your peril, and they are surely worth a free bet?

It’s six wins from six with just one goal conceded in qualification thus far for Roberto Martinez’s side, who seem primed to reach the latter stages at next summer’s tournament, though time is running out for The Red Devils who now have several stars on the wrong side of 30.

The likes of Toby Alderweireld, Jan Vertonghen, Axel Witsel and Dries Mertens have all reached that particular landmark or beyond, and Euro 2020 is perhaps the side’s best chance to win a first major tournament.

Spearheaded by some of Europe’s elite talents, including former Chelsea star Eden Hazard, Man City’s Kevin de Bruyne and ex-Man Utd striker Romelu Lukaku, Martinez’s side certainly have the capability to lift the trophy next July.

A third-place finish at the 2018 World Cup was a positive showing, though they will hope to improve on that come next summer.

Having dominated international football with three consecutive tournament wins between 2008 and 2012, the Spanish have fallen on harder times in recent years and have failed to progress beyond the last-16 of a major tournament since their success at those 2012 European Championships in Poland and Ukraine.

That said, the conveyor belt of talent has shown no signs of letting up – Spain winning the European U21 championships earlier this year – and whilst icons such as Andres Iniesta and David Silva have moved on, there is new emerging talent that could make their mark next summer.

That includes the likes of Atletico Madrid’s Saul Niguez and Manchester City‘s record-signing Rodri, whilst the depth of talent available means the likes of Jordi Alba, Marco Asensio and Paco Alcacer are not part of the squad the upcoming fixtures with Norway and Sweden.

‘Tiki-taka’ may have moved on, but Spain will undoubtedly be a threat to any side next summer.

Remarkably second-favourites for next summer’s tournament, Gareth Southgate’s young England side are among the most fancied contenders following their semi-final showings at both the previous World Cup and Nations League.

England have long flattered to deceive at major tournaments, but confidence is high that this young Three Lions side can make an impact at Euro 2020.

Not since a home European Championships in 1996 have England reached the last four of this particular tournament, but with the semi-final and final meetings being held at Wembley, they will have aspirations of having home advantage in the latter stages once more.

Possessing a formidable attacking line-up including Raheem Sterling, Harry Kane and Borussia Dortmund’s Jadon Sancho, Southgate’s side have the firepower to make an impression. If the England boss can establish his best defensive unit and add balanced creativity to his midfield, his side could surprise and justify their relatively short odds.

The world champions are rightfully regarded as the favourites to lift the trophy next summer, though despite their wealth of talent they face a crucial international break as they bid to secure their place in the finals.

Currently sitting level on points with Turkey at the top of Group H, France host their rival on October 14 in a high stakes clash. That fixture comes on the back of a trip to face third-placed Iceland, who sit just three points back, in a week which is likely to determine France’s qualification.

Should, as expected, they reach next summer’s tournament, Deschamps’ formidable outfit will start as favourites. Captained by Real Madrid’s Raphael Varane and spearheaded by PSG’s Kylian Mbappe, the French have the attributes to make it back-to-back major tournaments following their 2018 World Cup win.

The last time France arrived into the tournament as World Cup winners back in 2000, they followed up with glory in the Euro’s, and Les Bleus will be heavily fancied to repeat the feat once more.