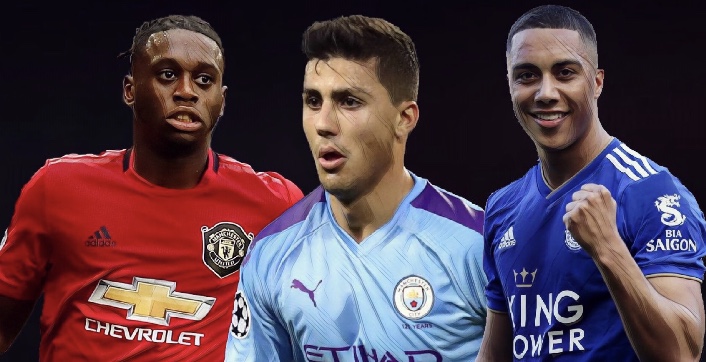 The Premier League season is now well underway with the first ten rounds of fixtures having already flown by, and as we head into what is likely to be an enthralling festive fixture schedule, we’ve decided to look back at the division’s summer spending.

English club’s were once again amongst the leading spenders in Europe during the close season, but who got value for money with their purchases during the summer transfer window?

Signed as a back-up option following Simon Mignolet’s determination to leave Liverpool, few would have expected the former West Ham goalkeeper to thrive having been thrown into action from the opening weekend of the new season.

Alisson’s injury in the Premier League opener against Norwich saw Adrian instantly installed as first-choice, where he helped Jurgen Klopp’s side to UEFA Super Cup success – becoming the hero in the penalty shoot-out victory over Chelsea – in his first start.

From there he grew in confidence over the next few months and one mistake against Southampton aside, played a key role in the club’s impressive start to the new season. The Spaniard has now lost his place following Alisson’s return, but it’s safe to say Jurgen Klopp will be delighted with his level of performance since moving to Merseyside.

Wan-Bissaka’s emergence as Crystal Palace prompted Manchester United into spending a huge £50m to land the young full-back this summer, with the 21-year-old moving to Old Trafford and cementing himself as a fixture at right-back in the opening weeks of the campaign.

Nicknamed the ‘Spider’ by teammates due to his long legs and ability to hook the ball away from opponents, Wan-Bissaka has already become a favourite at the club having endeared himself to supporters with his industry and one-on-one defending.

Once again ranked amongst the highest tacklers in the division, he looks set to be a key figure at United for seasons to come.

Aaron Wan Bissaka: Made 11 tackles in Manchester United's 3-1 win at Norwich; No player has made more in a Premier League match this season

The England international became the world’s most expensive defender when moving to Old Trafford, and so far this season has formed part of a defence which has proven fairly solid despite the club’s disappointing start to the new campaign.

Handed the captaincy on occasion by Ole Gunnar Solskjaer, the hope is that the 26-year-old will bring a commanding presence to the backline despite not yet having quite hit his best form. ‘Slab Head’ still has some way to go to justify his record-breaking fee, though his quality is enough to earn him a position in our team.

Having played a key part in the club’s promotion from the Championship whilst on loan last season, Aston Villa opted to sign defender Mings on a permanent deal though many questioned the £25m fee for a player who failed to make a breakthrough at Bournemouth.

Few are questioning the fee now, as Mings has played a key role in Villa’s solid start and earned international recognition.

The powerful defender has risen from non-league to become a feature in the top flight with Villa, his form rewarded with a call up to the senior England squad, where he made his debut in difficult circumstances during last month’s tainted Euro 2020 qualifying win in Bulgaria.

Arsenal fans have had to be patient to get their first glimpses of the left-back as he recovered from a double hernia operation, though his opening appearances for the North London side have offered encouragement that their £25m has been money well spent.

The Scotland international is solid defensively and a threat going forwards, whilst he looks to possess the leadership and character that has been lacking in the Gunners squad in recent years.

At just 22-year-old he’s also likely to improve, whilst his instruction to his teammates to thank the away supporters during the club’s Carabao Cup defeat at Liverpool have already made him a fan’s favourite.

Signed as the long-term heir to the evergreen Fernandinho, Rodri has fitted seamlessly into Pep Guardiola’s all-conquering Manchester City side and has performed well as he adjusts to the demands of English football.

Possessing the physical stature and technical ability to thrive as a holding midfielder in the Premier League, he has also shown his versatility in filling in in central defence due to several injuries to the champion’s first-choice stars.

A hamstring injury has halted the club-record signing’s progress, though he has looked perfectly suited to City’s winning machine so far.

The second of four loan signings made permanent this summer to feature in our XI, the Croatia international endured a mixed time under Maurizio Sarri last season but has flourished in the opening weeks of the new campaign under new boss Frank Lampard.

Given a licence to dictate from deep he has struck up a fine partnership alongside Jorginho, his ability in tight spaces and superb dribbling skills impressing in Chelsea’s exciting young side.

If the 25-year-old could add goals to his game – he has failed to score in 42 league appearances for the club – he could become the complete midfielder.

Tielemans’ impressive loan spell at the King Power Stadium last term persuaded Leicester to spend a club-record £40m to sign the talented midfielder on a permanent basis, a fee which is beginning to look increasingly more like a smart investment with each growing week.

The 22-year-old has been deployed in a box-to-box role by Brendan Rodgers and has contributed at both ends of the pitch, mixing defensive industry with an ability to get forward and score goals.

Tielemans has scored five goals and provided four assists in 13 appearances in all competitions so far this season, as Leicester’s emerging side have raced into the Premier League’s top four.

His availability from Monaco was no secret this summer, and the division’s bigger sides must be wondering why they passed up on the opportunity to sign him.

One of the best midfielders in England this season. pic.twitter.com/BIu2rohOA6

One of the most unheralded signings of the window, certainly amongst the Premier League’s top six anyway, but Daniel James has quickly shown he has the ability to step up after arriving at Manchester United from Championship side Swansea City during the summer.

The Welsh international is blessed with lightning pace, whilst his relentless work-rate has endeared him instantly to the club’s supporters. The 21-year-old has scored three goals and registered two assists in his first ten top-flight appearances, providing Ole Gunnar Solskjaer’s side with an outlet and threat on the break.

Daniel James has been directly involved in 5 goals (3⚽️ & 2?️) in his first 10 Premier appearances.

Few players played a more important role in Wolves qualifying for Europe last season than the Mexican forward, who moved to Molineux on a permanent basis for a club-record fee from Benfica during the summer.

Last season’s Wolves’ Player’s Player of the Year has continued where he left off last season, scoring ten goals in all competitions already this season as the club embark on a first European campaign since 1980/81.

He was electric in their recent shock victory at Manchester City, and remains arguably the key man for the Midlands side.

West Ham have hit a difficult run of form of late, though that should not detract from what has been a solid start to life in the Premier League for the club’s record-signing.

Signed from Eintracht Frankfurt for £45m during the summer, the French forward has scored four goals and provided one assist so far, despite being isolated in recent weeks as Manuel Pellegrini’s side have struggled.

An imposing physical presence, Haller has shown he can be the attacking focal point to build the side around and should he receive better supply from the likes of Andriy Yarmolenko and Manuel Lanzini over the coming months, is likely to finish his debut campaign with a healthy goals total.