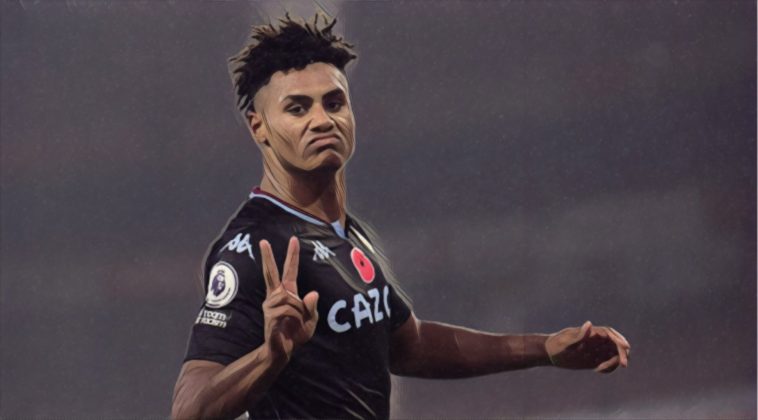 So dominant last season, Liverpool’s 1-1 draw with Manchester City was the latest example of the Reds’ form slowing down rather precipitously. After a run of 35 consecutive Premier League wins when scoring first between February 2019 and July 2020, they have now failed to win four of their past seven such games.

Liverpool have also only won three of their past ten away games in the league, after winning 16 of their previous 17. That said, they lie just one point off the top of the table with just one defeat this season.

At least Mo Salah continues to deliver no matter what, scoring eight league goals for Liverpool this season. No Reds player has ever scored more in the first eight matches of a campaign in the competition, putting him level with Fernando Torres (2009-10) and Robbie Fowler (1995-96).

Last season Aston Villa were a hare’s breath from suffering an immediate return to the Championship, yet this season they are enjoying one of their best starts ever.

For the first time ever the Birmingham outfit have won their opening three away league games following their 3-0 win over Arsenal, the Gunners’ worst home defeat since losing to Manchester City by the same scoreline in December 2019.

They are also just the third team to win their first three away matches in the Premier League without conceding a goal, following on from Chelsea (2005/06) and Man City (2015/16).

Ollie Watkins brace helped seal the deal for the Villains, taking the former Brentford striker to six goals in seven league games. Only Dean Saunders (seven) and Dion Dublin (nine) have ever scored more in their first seven appearances for the club in the competition.

A third of Ollie Watkin's shot attempts hit the back of the net, when it's a shot on target, that doubled to 63% of them going in. #AVFC

Manchester United continue to confound with their contrasting form in home and away fixtures. They are experiencing their worst start to a season at Old Trafford since 1972/73, failing to win any of their opening four home games, but are also enjoying their best run of away wins for 27 years.

They have now won their last seven top flight matches, something they haven’t done since August 1993. That season they went on to win the title under Alex Ferguson. A repeat is unlikely, but the divergence is stark.

It’s also the third time in a row they have fought back from a goal down to win away in the Premier League this season, making them just the third team to do so. The previous two are Leeds United in 1999 and Tottenham Hotspur in December 2013.

Bruno Fernandes has scored more goals (13), scored more non-penalty goals (7) and registered more assists (10) than any other PL midfielder since making his debut in the competition.

The lack of home fans and United’s style of play have been suggested as factors for their stellar away form, but Bruno Fernandes may be an overlooked element in this. Since the Portuguese joined United in January, he has provided 15 goal involvements in ten away matches.

Fernandes has had a goal or assist in every away game he’s played in the league except for the meeting with Crystal Palace in July. It’s the most goal involvements a player has had in their first ten games on the road in the Premier League, while only Kevin Phillips scored as many as his ten.

Southampton’s 2-0 victory over Newcastle United was their third win on the trot, the first they have done that since winning four consecutive matches in 2016 under Ronald Koeman.

That was enough to temporarily put the Saints on top of the table on Friday, the first time the club have ever been first in the Premier League at any point. They have now picked up 16 points, their joint-most at this point of a campaign. The last time they did so was 2014/15.