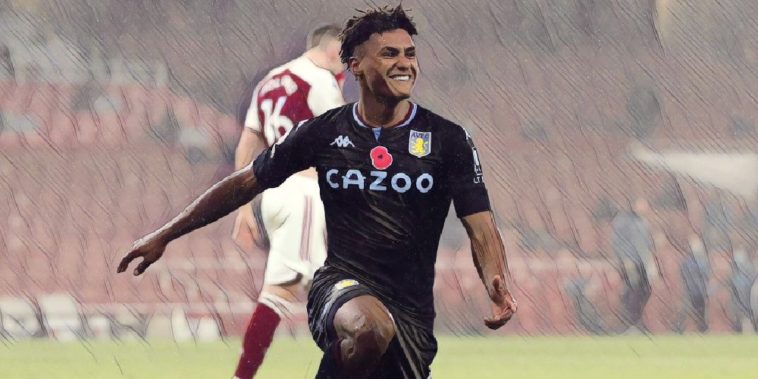 Aston Villa continued their impressive start to the season with a comprehensive 3-0 win over Arsenal at the Emirates.

Aston Villa thought they had taken the lead with just 47 seconds on the clock, John McGinn thundering home a superb strike into the top corner from inside the box.

However, after almost four minutes of deliberation, VAR decided to rule the goal out for an offside by Ross Barkley who was deemed to be in the line of sight of Bernd Leno, despite it being a seemingly unstoppable shot.

The Villains did get themselves ahead in the 25th minute though, Barkley and Grealish combining down the left before Matt Target’s low cross towards Trezeguet found its way in off Arsenal youngster Bukayo Saka.

Arsenal dominated possession, but it was Villa who looked far slicker going forward, and in the 72nd minute they doubled their lead, Barkley playing a fine first-time volley into the path of summer signing Ollie Watkins who nodded home from inside the six-yard box.

No player has created more chances (6) in a single Premier League game this season than Ross Barkley vs. Arsenal.

Three minutes later and the victory was confirmed, Jack Grealish carrying the ball all of 50 yards before slipping it into the path of Watkins who timed his run to perfection before slotting through the legs of Leno.

Speaking afterwards, Gunners boss Arteta took ‘full responsibility’ for his side’s display, admitting his ‘frustration’ after what was a below-par showing from his side.

“First of all congratulations to Aston Villa for the way they played and the victory,” Arteta told Sky Sports.

“After that, we performed below our standards and I have to say it’s the first time I’ve seen us play and we weren’t a team.

“I take full responsibility. We didn’t start well enough, we got away with VAR for an offside situation but we lost all the races, the duels and we were sloppy on the ball. When we created chances we didn’t hit the target. It’s a really bad combination. We left spaces and on the counter we looked really vulnerable.

“I take full responsibility. I am responsible to make the team perform on the pitch and today we were not a team and it is my job. It is why I am standing here.

“It is a frustration. It takes a lot to build momentum, to build a way of being, living and performing and when something like that comes up it’s a hard one to take but in a hard moment you learn more than in a positive moment and I want to see how we react.”

The result leaves Arsenal 11th in the Premier League on just 12 points going into the international break, while Villa are up in fifth, three points behind league leaders Leicester with a game in hand.

See also – Tweets of the Week: The US election, Keano’s quiz feud with Fergie, and Big Mick in Cyprus