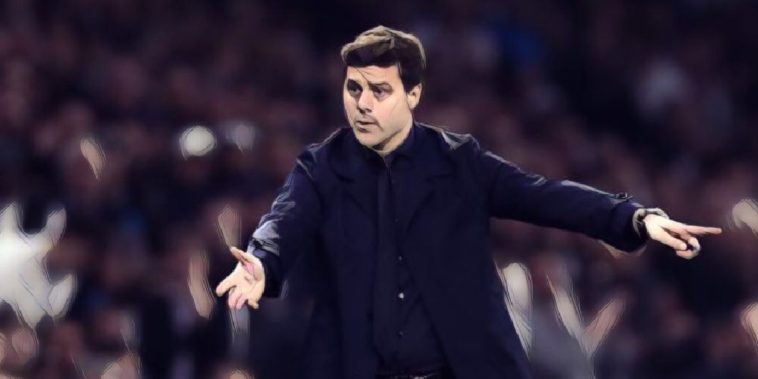 Consistently inconsistent. That’s the phrase that was circulating Football Twitter in the aftermath of Manchester United’s 2-1 defeat to Istanbul Basaksehir on Wednesday. It’s an unflattering yet apt way, to sum up Ole Gunnar Solskajer’s time at Manchester United.

Without a cohesive attacking structure or clear identity beyond sitting deep and counter-attacking where possible, United are perenially less than the sum of their expensively assembled parts.

The nature of Solskajer’s approach is such that United’s good moments are entirely dependant on individual moments of link-play and brilliance as opposed to something inherent to the team as a collective. The result? Consistent inconsistency.

It makes the club’s incessant links to Mauricio Pochettino easy to rationalize. Arguably his greatest success at Tottenham wasn’t bringing them to a Champions League final, but instead the implementation of a long-term strategic vision both on and off the pitch.

He, perhaps better than any other plausible managerial candidate, could give Manchester United a sense of direction they have so desperately lacked in the post-Ferguson era.

Whether the move will materialize is another matter. Solskjaer has clawed his way back from the brink and bought himself more time during his coaching tenure before. Who’s to say he won’t do it again?

There are also a number of elite European clubs – PSG, Juventus, Barcelona, and Manchester City among them – who may be in search of new managers come the end of the season. With his track-record of youth development, attractive football, and working within budgetary constraints, Pochettino is an attractive prospect for many if not all of these teams and he may consequently be reluctant to take the United job mid-season.

Nevertheless, it’s an interesting experiment: what would Manchester United look like under Pochettino? How would they be different on the pitch? Would they really improve?

Pochettino’s hallmarks as a coach from a tactical perspective are positional play and intense pressing.

Used by coaches as wide-ranging in ideology as Pep Guardiola to Antonio Conte, positional play is an approach to constructing attacks that focuses less on possession of the ball and more on the positioning of players to facilitate quick interchanges of passing and position to manipulate the opposition defence and create space.

The idea is that by placing players in specified zones in different phases of play, players can always have ample passing options and can therefore progress the ball quicker.

Positional play was the overarching ideology that instructed Tottenham’s play in possession under Pochettino. While he used a number of formations during his tenure in North London, the 4-2-3-1 was his standard template.

In build-up, the midfield pivot would form triangles and rhombuses with the centre-backs to open up the passing angles to play through a high press. While this is fairly standard for possession-oriented teams, Spurs also had more unique and innovative aspects to their build-up.

Defensive midfielder Eric Dier would often drop back into the right wide space to cover the surging forward runs of Kyle Walker, Kieran Trippier, or Serge Aurier from right-back, while his midfield partner would push higher and more central, dragging an opposition marker with him.

This series of movements would create space for the centre-backs, which suited Tottenham given the supreme ball-playing ability of Jan Vertonghen and Toby Alderweireld. The Belgian duo able to play short, penetrative passes to an attacking midfielder dropping deep, spread the play wide to the advancing fullbacks, or be more direct when chasing a game by targeting Harry Kane.

Tottenham’s spacing in possession was also fundamental to the way they played. In the 4-2-3-1, it was not uncommon for Pochettino to use Christian Eriksen on the right of the attacking midfield trio, with Dele Alli in the ten role.

With the Danish playmaker occupying the right-half space, there was always room out wide for Spurs’ right-back to push into, allowing Tottenham to have at least one player wide and another in the half-space. The same dynamic was achieved on the left-hand side, with Son capable of cutting infield or holding the width and left-back Ben Davies suited to playing wider or in the half-space.

Maintaining this spacing allowed Tottenham to stretch opposing defences by constantly holding their width with their fullbacks while also enabling the creation of overloads. For instance, during the 2016/17 season, a common overload on the right-hand side saw a triangle between Kyle Walker, Eric Dier, and Dele Alli.

As Walker bombed forward, Alli would drift wide to occupy the now-vacated space and move the ball to Dier in the half-space. The speed at which this occurs meant that Dier would often be in space, allowing him to switch the play or progress the ball to the edge of the box.

These types of rapid positional rotations are what made Tottenham such a mesmeric and effective attacking force, for they facilitated the quick interchanges of passing and generation of space that allowed them to pull apart opposition defences.

Without the ball, Tottenham pressed aggressively. Unlike Liverpool, who attempt to create counter-attacking opportunities through their pressing, Pochettino encouraged his team to force the opposition into long balls.

With the likes of Eric Dier, Moussa Sissoko, Victor Wanyama, and Moussa Dembele forming the midfield pivot ahead of two aerially dominant centre-backs, Spurs had the necessary physicality to make this approach effective.

Pochetinno also ensured his defensive line was extremely high to ensure they could contest aerial duels in or near the opposition half. Tottenham’s players would engage the press high up the pitch, sending one man to the player in possession, having other players go man-to-man to try and limit short passing options, and having the rest of the team maintain the defensive shape of the team.

Spurs were also quick to pounce on traditional pressing triggers, such as a poor touch or when a player receives the ball with their back to goal or on their weak foot. Pochettino would also adapt this press on a game-by-game basis, especially against stronger opposition.

In sum, Pochettino would implement a very modern style of structured attacking through positional play and high pressing should he come to Manchester United.

It’s exactly the sort of tactical approach United need. There are obviously questions to be answered in terms of specific personnel, but there can be no doubt that Pochettino would give United a genuine identity on the pitch.

They have a young, talented squad full of tactically intelligent players who are ideally suited to his stylistic approach and managerial style. With Mauricio Pochettino him at the helm, United could finally escape their consistent inconsistency.