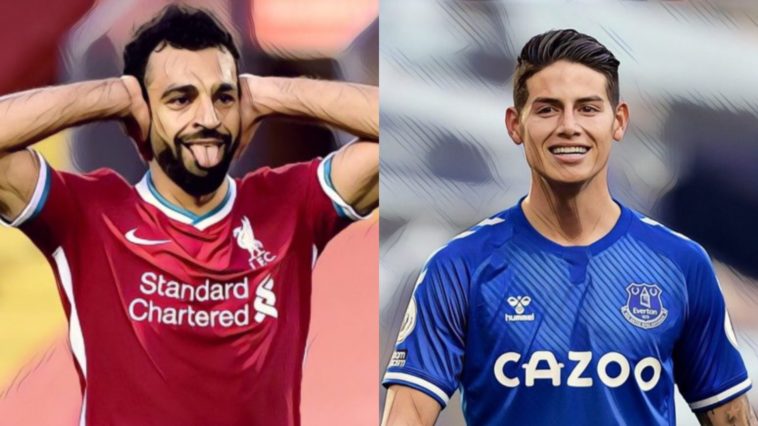 When one does an online search of the term “goal glut”, Mo Salah’s face should be the top result every time. The winger has now scored two or more goals in a single league game on 25 different occasions since signing for Liverpool in 2017, although the hat-trick against Leeds United last week was only his third in the league for the club.

The Egyptian became the first Liverpool player to score an opening day hat-trick since 1988, when John Aldridge put three past Charlton Athletic. He’s also only the second player to ever score on four consecutive opening weekends; Teddy Sheringham did so between 1992 and 1996 for Nottingham Forest and Tottenham Hotspur. It was also the 40th Liverpool hat-trick in the Premier League era, the most of any side in the competition.

Salah reached 50 home goals in the league with his fourth minute penalty against Leeds, reaching the half century in just 63 matches at Anfield. Only Alan Shearer has reached that target more quickly, doing so in 47 matches.

For his time at Liverpool, Mohamed Salah has scored 76 goals in 109 Premier League appearances.

0.70 goals per game would make Salah the most prolific goalscorer in the competition's history.

Liverpool stretched their unbeaten run at Anfield to 60 games with the 4-3 result, a victory powered almost purely by Salah’s brilliant performance. He was by a mile the best player over the weekend, leading the league in shots (9), shots on target (3), shots inside the box (8), expected goals (1.87 xG) and, of course, goals scored. He also had a whopper 88 touches of the ball, 21 of which were inside the box.

It was far from a vintage performance from Chelsea on Monday night, but they came away from Brighton with a 3-1 victory and all three points. That took them to 2000 points in the all-time Premier League list, where they sit in third place behind Manchester United (2234) and Arsenal (2014).

The fact that this match featured four goals with both sides scoring is hardly surprising. When playing away from home, the Blues 20 league matches have featured 81 goals – 42 in their favour, 39 going the other way – during Frank Lampard’s tenure as manager. They easily top the league in this regard, by 14 goals.

One reason for that is their goalkeeping situation, evidenced by the soft goal Kepa Arrizabalaga conceded in the second half. Since the beginning of last season, the Spaniard has conceded 19 goals from outside of the box, more than any other goalkeeper in the division. To compound matters for the soon-to-be-replaced netminder, he has let in nine of the last 13 shots he has faced (when excluding blocked shots).

The Fantasy Premier League team of the week for GW1

When Alexandre Lacazette scored during Arsenal’s 3-0 win over Fulham in the first fixture of the 2020/21 season, he became the first player to score the opening goal of the season on two different occasions. The Frenchman has now scored 49 goals in 128 games since signing for the Gunners.

That was followed up with a goal by Gabriel Magalhães for the second of the game just a few minutes after the interval. The centre-back thus became the seventh Brazilian to score on his Premier League debut.

The comprehensive victory was complete when Pierre-Emerick Aubameyang finished off a magnificent move by Arsenal in which they passed around Fulham from one end to the other. The Gabonese international now has 37 goals in his last 50 matches, and has also scored 19 in the past 24 London derbies in which he has featured.

This is how we do.

⚡️ @Aubameyang7 wasting no time – one game, one goal 🔥 pic.twitter.com/CCZF4FMuRh

The best debutants from gameweek one of the Premier League

It’s still faintly hard to believe, but James Rodriguez is an Everton player. And we’ve already gotten a glimpse of what that is going to be like going forward following the Toffee’s 1-0 win over Spurs on Sunday.

The Colombian technician was clearly the best player on the pitch, running the show for Carlo Ancelotti’s team as a number 10, drifting in from the right. He made five attempted assists during the match, accruing 0.59 expected assists, with only West Ham’s Ryan Fredericks creating as many chances over the weekend.

Rodriguez wasn’t especially ball dominant, but he was incredibly economic with it, opening up space with his passing whenever he was in possession.

✨ @jamesdrodriguez created five opportunities for his teammates against Spurs

That is the most by a player on their #PL debut since Alexis Sanchez back in August 2014 (5 vs Crystal Palace)#TOTEVE pic.twitter.com/byaxp0hBDl

Everton looked slick with the new look midfield taking to the field; James, Abdoulaye Doucouré and Allan all started on their debuts for the Merseyside outfit, and it already looks as if they are going to form a cultured midfield trio after securing the club’s first win over a Big Six club since 2013.